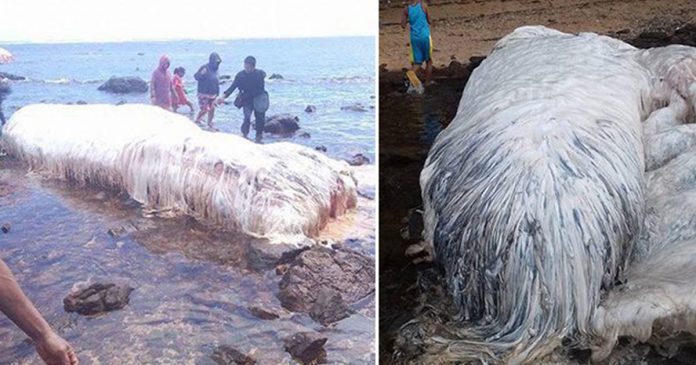 A huge, “hairy” sea creature carcass was found washed up on a beach in the Philippines. Locals had many guesses as to what it could be—everything from a fairy tale monster to a massive dog. But apparently, it was something quite different.

On a beach in Cagdainao, Philippines, the huge, hairy remains of some mysterious sea creature was found. It immediately got the attention of locals, who started to take selfie photos with it.

The carcass, 20 feet in length, sparked wild speculation as to what it could be

Some people claimed that it was a seacow, while others were saying, jokingly, that it could be a giant shih tzu dog, or ‘Falkor’ from ‘The Neverending Story’ or possibly ‘Appa’, the fictional character from the television series “Avatar: The Last Airbender.”

The carcass was so decomposed that a DNA scan would be necessary to assess which species it belonged to.

The ‘hair’ seen on the creature was probably decomposed muscle fiber 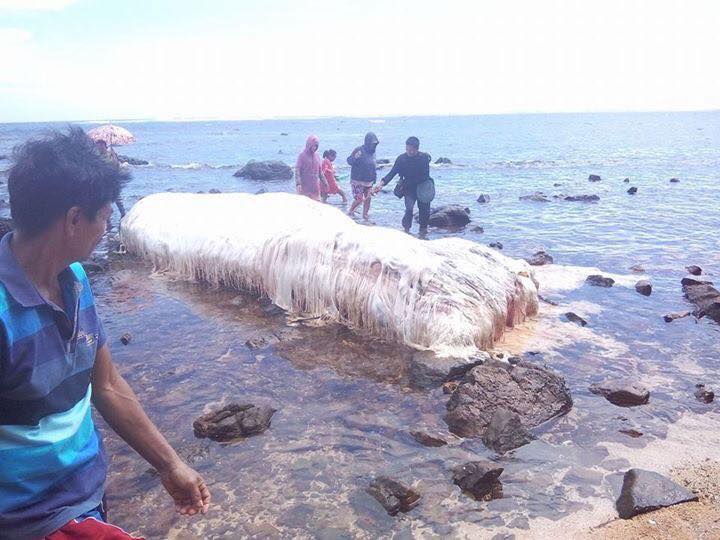 But it’s possible that, due to the 6.7 magnitude earthquake that hit the Philippines in February, such remains were more likely to be washed up on beaches at that time.