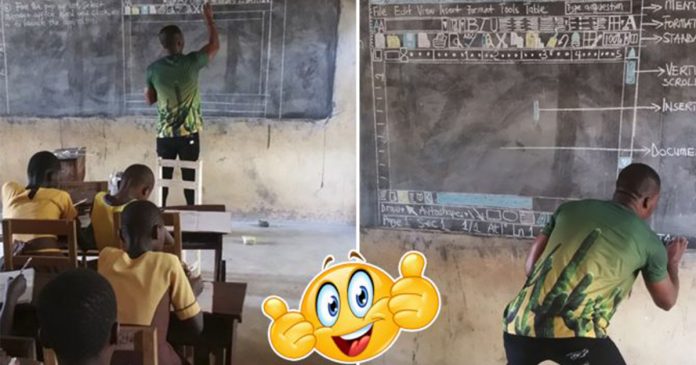 A Facebook entry uploaded by a teacher in Ghana became an immediate sensation as it caught the attention of internet users around the world. Incredibly, he teaches his students information and communication technology (ICT) when the school he teaches at has not had a computer since the year 2011.

So, just how does he teach a computer literacy subject without the use of a computer?

According to CNN, the teacher known as Owura Kwadwo had to get creative and use unconventional methods of teaching in order to instruct his students in how to use computer applications. He had to think out of the box because the school could not afford to get the necessary equipment and technological resources needed. 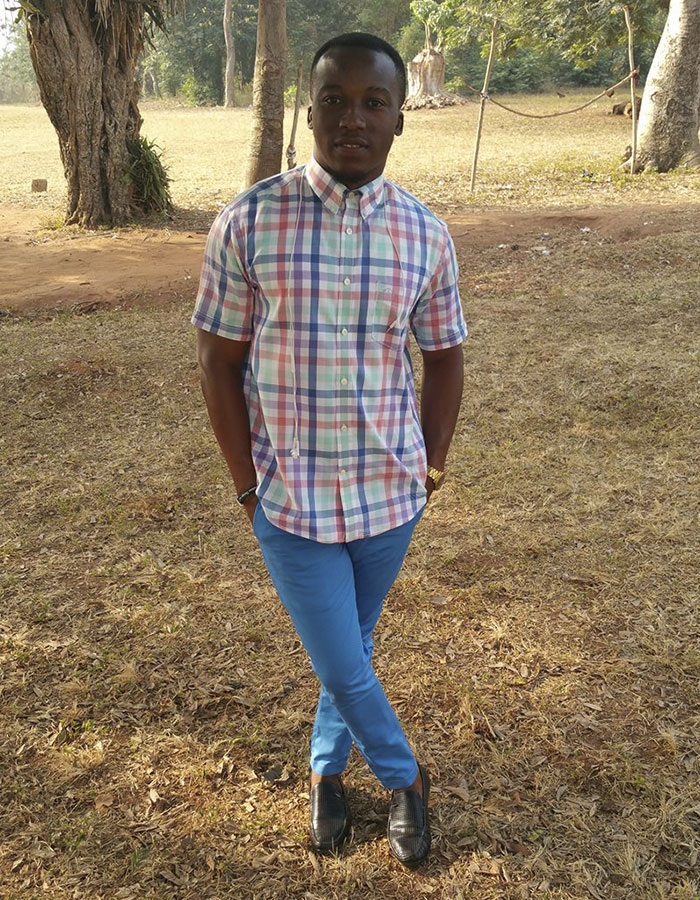 The teacher recalled his experience while teaching the subject and states that he has skills in the field of drawing and visual arts. Therefore, he took to the blackboard and decided to illustrate in great detail what the students would expect to see when they are faced with a computer screen.

Kwadwo told CNN “I wanted them to know or see how the window will appear if they were to be behind a computer.”

He continued by saying “I always wanted them to have interest in the subject so I always do my possible best for them.”

His method of teaching seems to have paid off as his students look like they enjoy the class very much. What Kwadwo draws on the chalkboard using different colored chalk is the closest representation of a real computer screen. 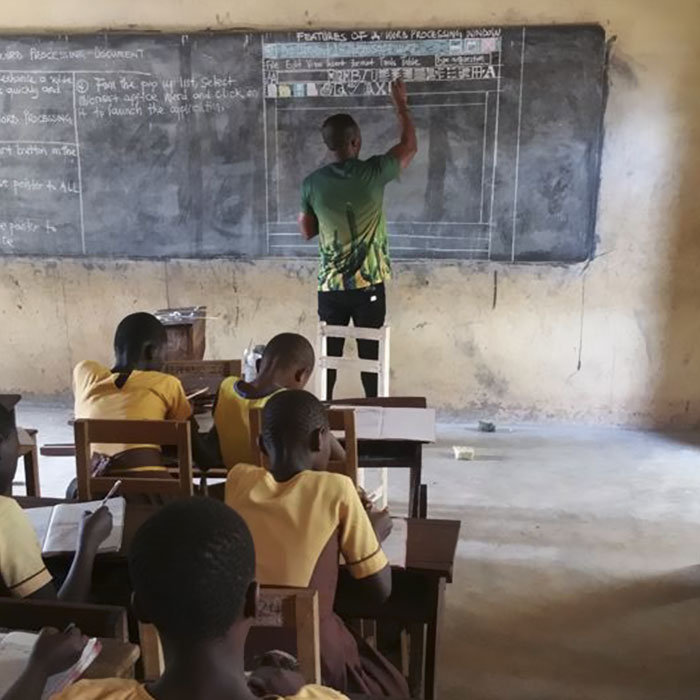 “I have been doing this every time the lesson I’m teaching demands it,” he said. “I’ve drawn monitors, system units, keyboards, mouse, formatting toolbar, drawing toolbar, save as dialog box and so on,” said Owura Kwadwo.

Since the photos of him teaching his class this way were posted on Facebook, a great deal of people have been reacting to them in various ways. Some internet users commended him for his dedication in wanting to do the best he can for his students under the circumstances. Many others questioned why this situation even exists where there is still a lack of technology even though it is already the year 2018.

The pictures have sparked progress as the the community is beginning to place more importance on technological advancements in schools.

Kwadwo says “The government is very helpful and I believe that they are working on making ICT subjects better for students and teachers.” 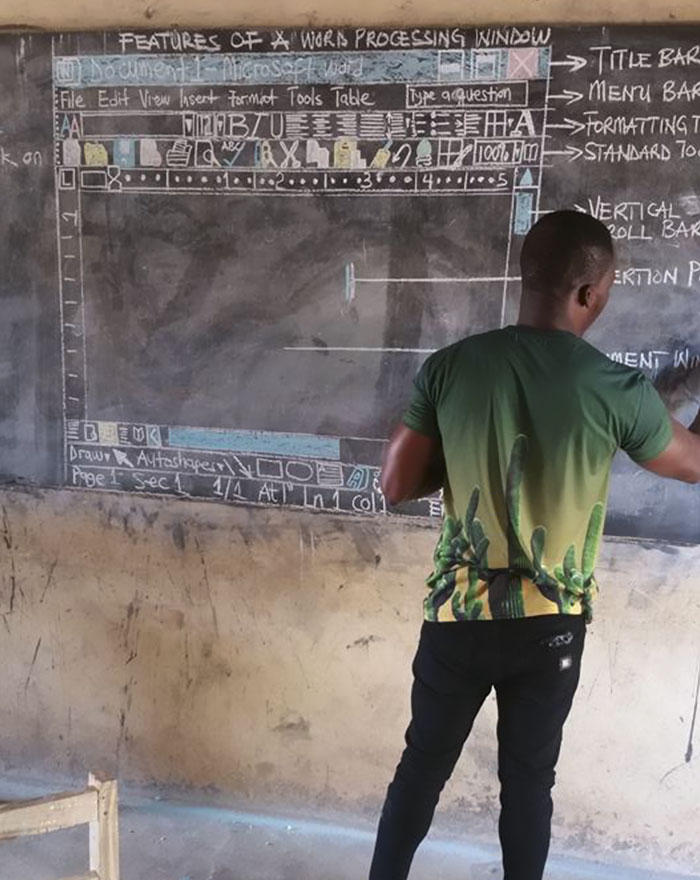 Since then, Owura Kwadwo has received great help from various parties and many have donated laptops and laser projection tools to ease the way in which the students can learn ICT.

This has definitely been good news for the school children as they can finally get their hands on a real computer which will better prepare them for their national exams. Kwadwo does not want to stop there though as he plans to help other schools who are experiencing similar problems in the area. 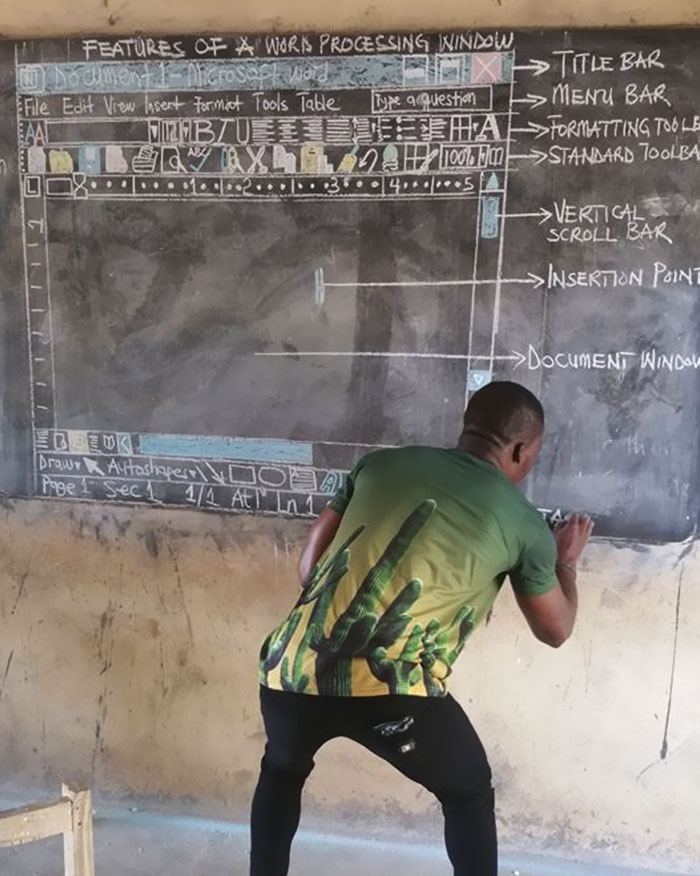 Among the hundreds of people who reacted to Kwadwo’s photos, Rebecca Enonchong who is an entrepreneur, posed a question to Microsoft Africa on Twitter suggesting, “Surely you can get him some proper resources.”

Microsoft Africa came through and said that they would “equip Owura Kwadwo with a device from one of our partners, and access to our MCE program & free professional development resources.”

Supporting teachers to enable digital transformation in education is at the core of what we do. We will equip Owura Kwadwo with a device from one of our partners, and access to our MCE program & free professional development resources on https://t.co/dJ6loRUOdg

These efforts are only small steps towards developing the overall education in Ghana. By introducing technological developments in schools, students can keep up with the rest of the world in the age of information that we are in the midst of. 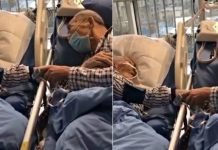 This devoted dog has the sweetest greeting for his owner when... 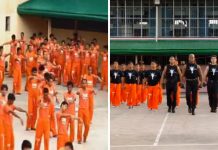 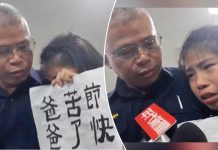 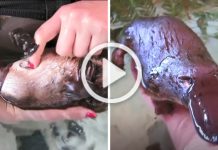 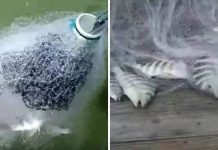 The mystery of the Hasanlu lovers who have been kissing for...