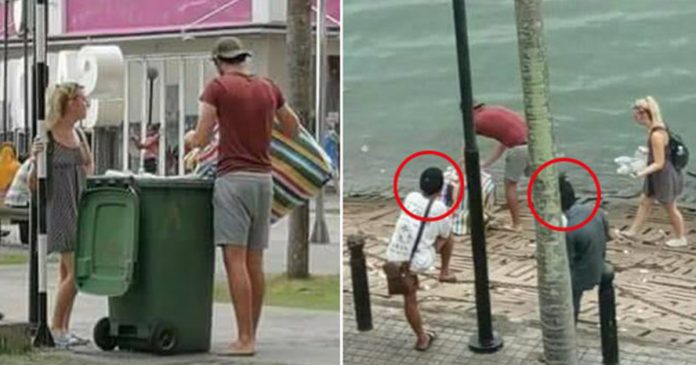 Children are thought to keep the streets clean by dumping their trash into rubbish bins which can be found along the streets of almost any country. In an effort to curb the atrocious habit of littering, many countries have put forth heavy penalties to those caught throwing their rubbish carelessly.

Some countries may have these laws in place but they are not enforced and therefore the locals will not dwell on the consequences of littering and continue to do as they please.

A couple of pictures depicting two foreign tourist who went around Sandakan, Sabah picking up litter have been circulating the internet and locals felt ashamed at what they saw. 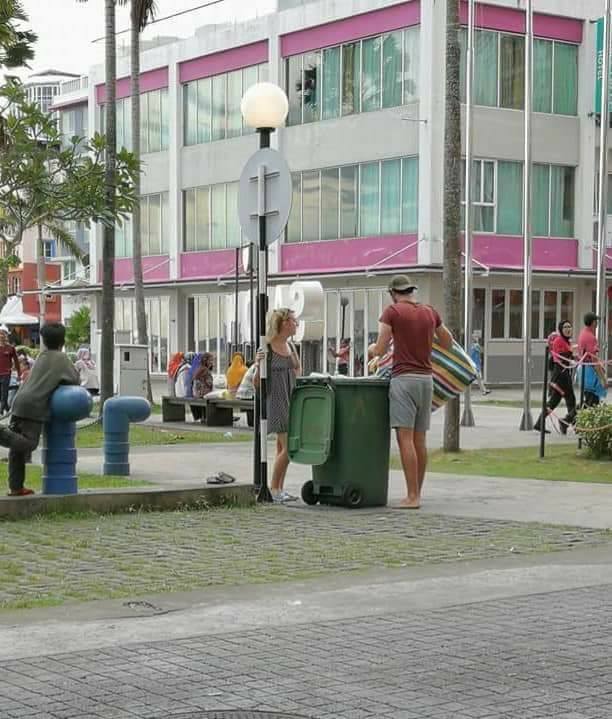 These two foreign tourists can be seen carrying a large striped-bag to put all the rubbish they have collected in it while they walk along the streets. The bag looks filled to the brim with litter that the couple had picked up strewn on the streets.

What’s worse was the fact that instead of helping the couple pick up the trash on the walkways and roads, the locals just stood by and observed. They did not come up to the pair and offer their assistance but instead just looked on. 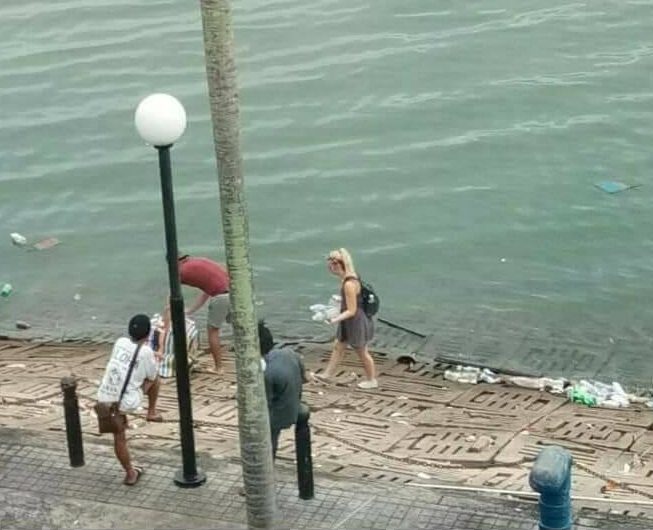 Within 20 hours, these photos of the foreigners cleaning up the streets and even the riverside had been shared over 1,500 times. Many of them are locals who said they were ashamed and embarrassed that this incident happened.

“Although I’m not from there (Sandakan), I feel embarrassed just looking at these pictures. Won’t you feel ashamed if these tourists go back to their home country and tell their friends how dirty Malaysia is?” said a netizen.

“I pity these tourists. They came to have a good time in Malaysia but ended up cleaning rubbish because they can’t stand the sight of rubbish floating at the riverbed. Although it is our place that is dirty, they are the ones who are worried about it,” said another Facebook user.

Many of the commentors on Facebook decided to make a lifestyle change as they vowed to never throw rubbish anywhere else except for into a rubbish bin. Some also promised to pick up pieces of rubbish along the streets if they see any. It is time we stop making a mess on our streets and start taking better care of our cities.

These 12 photos of perfect and organised arrangements will satisfy every... 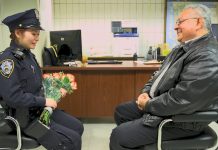 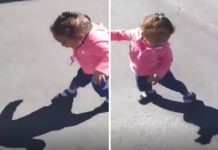 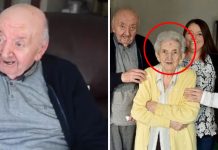 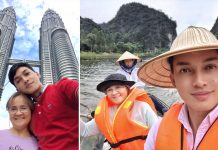