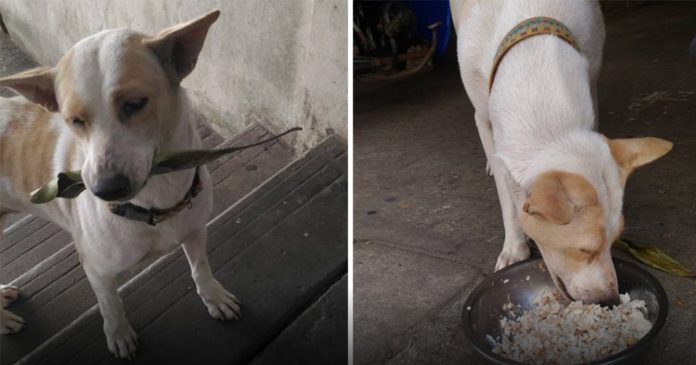 Dogs are amazing creatures because not only are they great to keep as pets, they also serve as constant and loyal companions. A majority of dog owners will tell you that their dogs have a bad habit jumping at the sight of food. Even if they have just eaten they will bark and linger around anyone who has food in their hands.

Clearly, dogs can go a little crazy when food is involved and their mannerisms go out the window. Orawan Kaewla-iat has been feeding stray dogs in her housing area for as long as she can remember. She knows a dog who serves as an exception because of his exceptional manners.

The story goes, one day Kaewla-iat saw two dogs, one of which she later named Old Plu, who showed up at her house. She fed both the dogs and when they were satisfied, they left her premise. They came back the next day but Old Plu had brought something with him which Kaewla-iat thought of as a way of thanking her for the food. 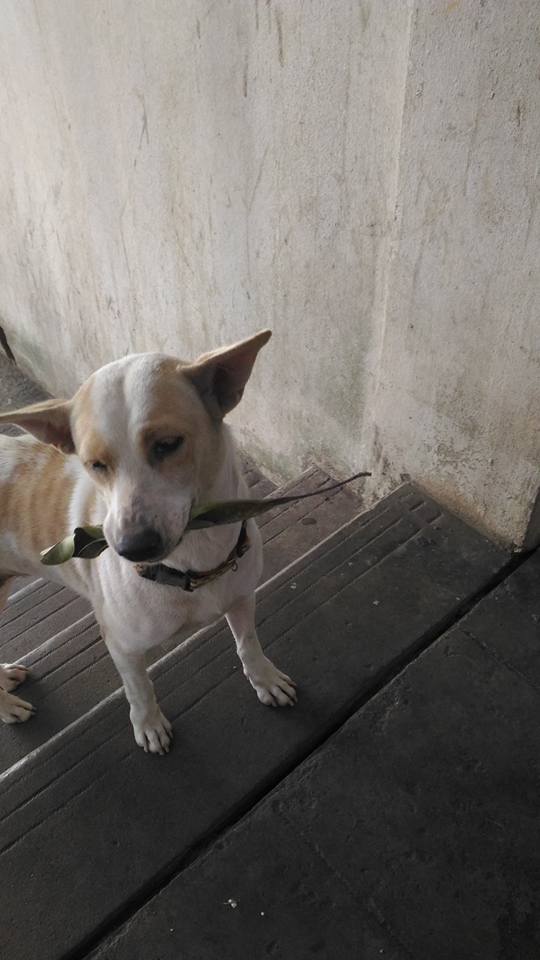 “When he’s hungry, he will offer something to get fed,” Kaewla-iat wrote on Facebook.

She continued “Every day he shows up with an object in his mouth — usually a leaf and sometimes a piece of paper.”

She says “before you feed other dogs, you have to feed Old Plu and his mom” 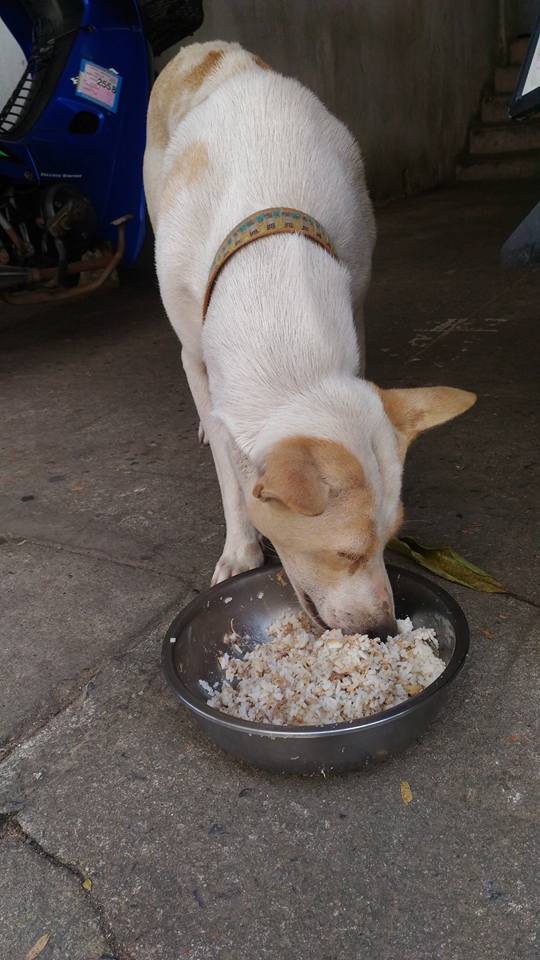 She was extremely touched by the puppy’s gesture of gratitude and one day she decided to film the whole interaction. She then posted the video on Facebook where she had gained a lot of responses from netizens who were equally impressed.

The video was so popular in fact that it went viral in Thailand and subsequently spread across social media platforms. Internet users and dog lovers alike were gushing over how adorable and thoughtful Old Plu’s gesture was. The video has been viewed over 3.1 million times!

What’s even more remarkable is that Old Plu will wait for Kaewla-iat to acknowledge his present before eating his food. It is obvious that he wants Kaewla-iat to know that he is grateful for feeding him as well as his mother.

Watch the video her: