Acrophobia is an extreme or irrational fear of heights. For some of us, standing on the edge of a cliff or on top of a tall building might not have any effect. But for others, it may be just too much for their nerves to handle and would cause them to break down and fall apart.

In Hebei, China, there is a 488 meter bridge which is suspended 218 meters above the ground. It is also made out of glass! It opened on December 24, 2017 and is considered the world’s longest glass-floor bridge. The bridge is designed to hold roughly 3,000 people but only 600 people were allowed to cross the walkway at a time.

While some tourists would want to experience the thrill of walking across 1077, 1.5 inch glass panels, others might not share the same excitement.

The bridge which ends in a large observation deck that resembled a helipad provide tourists a stunning view of the mountains, waterfalls, and river surrounding the area 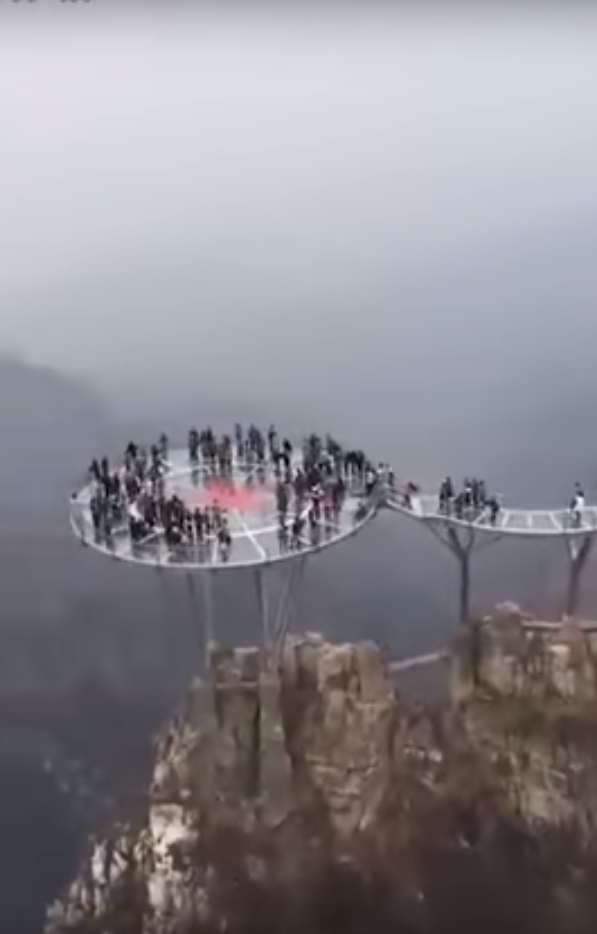 There are many video recordings which showed tourists breaking down and trembling when walking across the walkway. The glass panels which provided a transparent view of the ground can prove a challenge particularly for the fainthearted. Knowing that they are standing on a glass panel at 218 meters high, it’s no wonder that even the brave could experience a little bit of fear.

The video below are a compilation of tourists breaking down while crossing the bridge. Would you dare walk across? 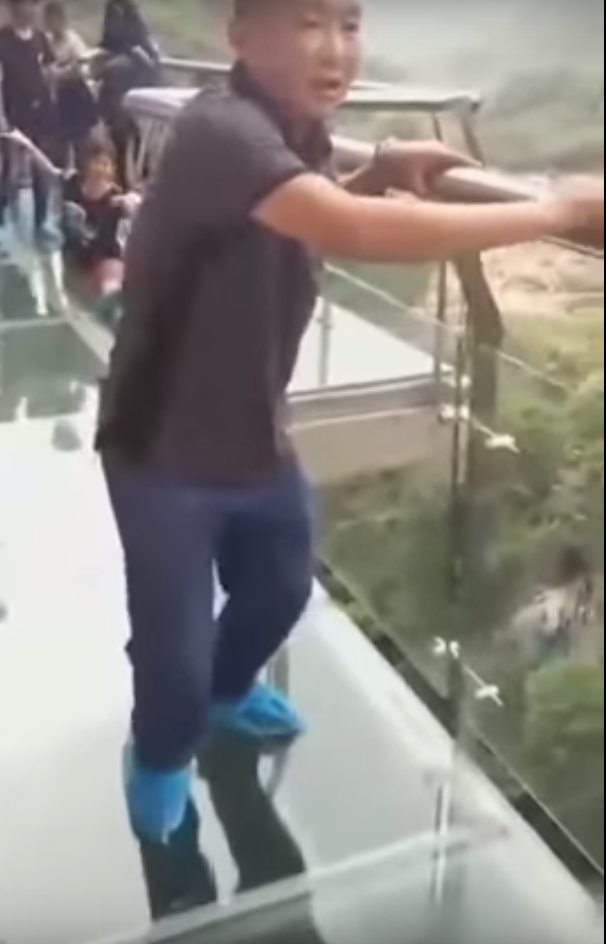 As if the structure of the bridge is not terrifying enough, visitors have also reported that the bridge tends to sway when they walk across the bridge. This created a nerve-wrecking effect that can even petrified even the most experienced thrill seekers. 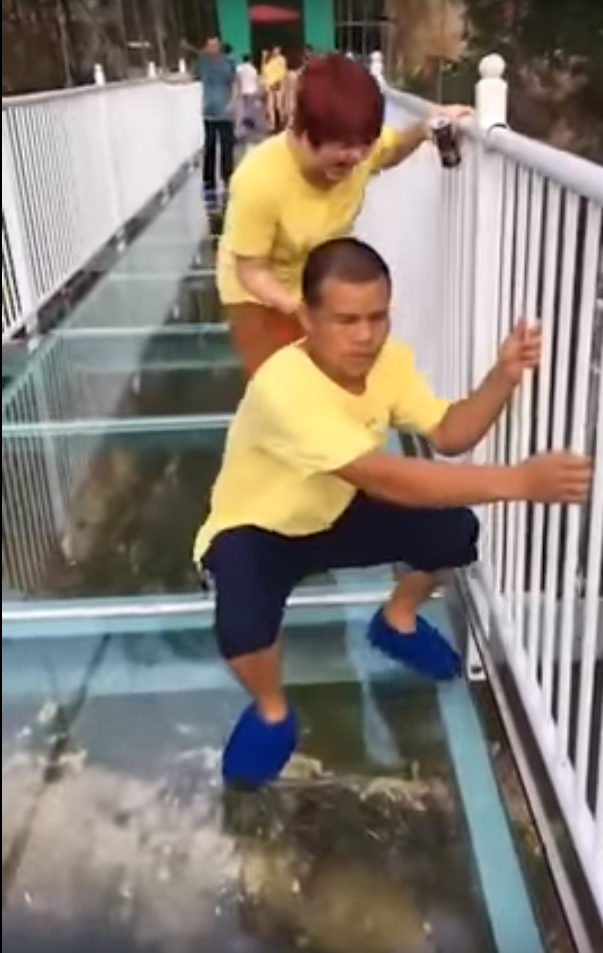 Tourists have been reported crawling and sitting down while screaming and crying on the platform. Staff are stationed along the bridge to help the fainthearted get back on their feet though they won’t be much help if the person won’t even dare to move.

In some cases, the bridge has proven to be too much where terrified visitors need to be dragged across to reach the other side 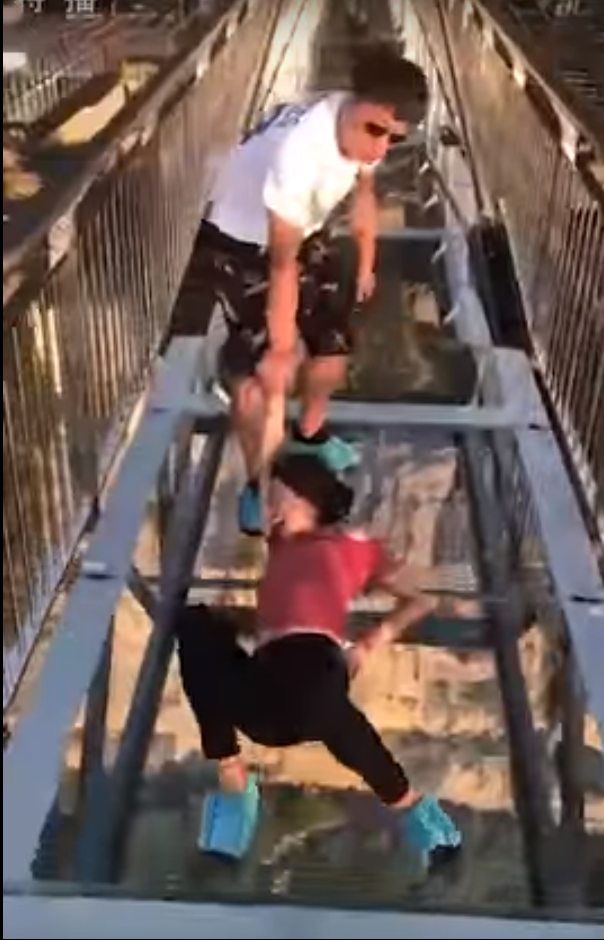 Glass bridges have become a popular tourist attraction in China. However, many have raised concerns due to incidents such as the one in Henan Province, where the bridge was closed just two weeks after it opened after one of the glass panes shattered. Some bridges like the one in Wanshan National Park actually created a cracking effect to prank visitors walking across it.

1yo boy gives adorable performance with live jazz band as he... 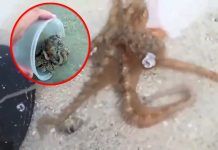 Grateful octopus surprises the man who saves it from being beached... 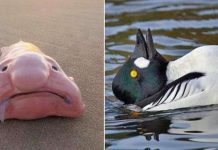 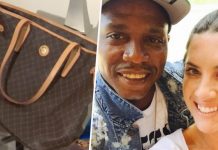 A heroin addict who was on the verge of death returned... 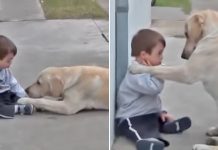