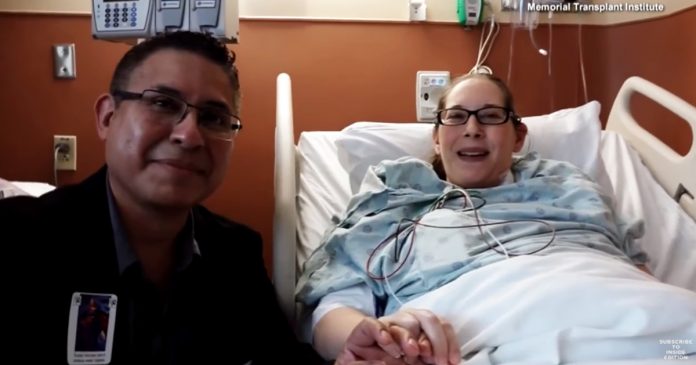 Wedding vows are promises a couple makes to each other during their marriage ceremony and it is a tradition based on Western Christian norms. Often times, wedding vows will include the promise to remain loyal to one another in sickness and in health. These vows can only be abjured with the death of one of the partners.

Like all things this is easier said when it’s purely hypothetical. In reality, it is sometimes difficult to practice when they are put to the test. 23 years ago, Cesar and Monica Calle said these vows on their wedding day. It has been over two decades later and they are finally putting their promises to each other on the line. Due to problems with her kidney, Monica has been going through frequent dialysis for the last two years.

Scroll down to watch their video! 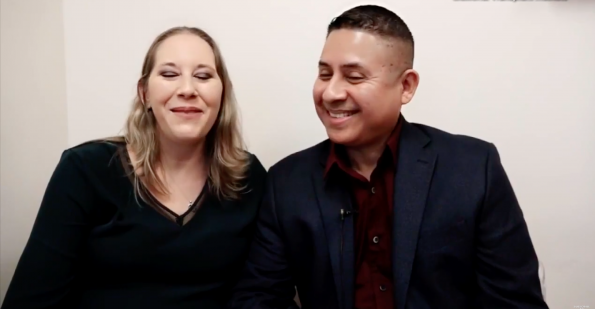 She inherited the kidney complications from her mother who had the same diagnosis. The treatments left her home-bound and she became a prisoner in her own home.

In an interview with Inside Edition, Monica said “I would connect myself to a machine every night. My cut-off time was 9:30.”

She has been trying to find a kidney donor who was willing to donate a kidney but it is an immense struggle. The process is long and complex and it is coupled with various different tests in order to ensure compatibility.

The search for fitting donor is difficult because as Monica recalls, “Even siblings aren’t always a perfect match.”

Being put on a donor waiting list can take up to several years and waiting isn’t an option for the majority of patients. Cesar, Monica’s husband, was in the process of being tested if he could be a possible match for his wife. The couple did not want to get their hopes up because the chances would have been slim. To there bewilderment though, Cesar was a perfect match. 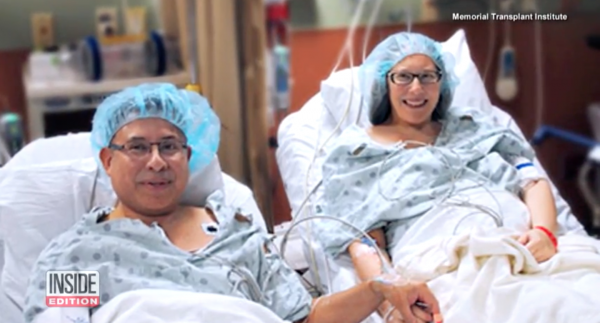 Cesar got a call from the hospital staff with good news as they relayed that his kidney was an excellent match. The moment he got off the phone with the hospital, he dialed up his wife to tell her the amazing news.

“I let out this big yelp,” Monica later recalled. “Oh my God, I started dreaming about what my life would look like. I felt so free.”

In February, Cesar and Monica were prepped and ready for the surgery. The operation went smoothly and Monica was beyond happy to be free of her dialysis treatment. In fact, the first thing she did when they got home was to put the machine away. Monica was no longer held captive by the machine and can finally live life the way she did before the whole ordeal started but with a rejuvenated vigour.

The couple celebrated their wedding anniversary on March 8, shortly after the surgery 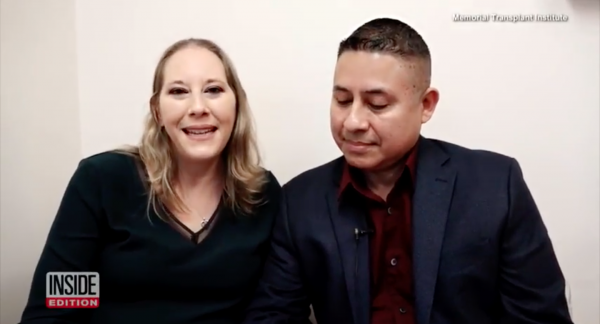 Memorial Healthcare made a video of the couple and in it the couple joked “I guess after 23 years, we’re still a match.”

It took the hospital staff took approximately five hours to complete the entire transplant. In the post-surgery footage of the couple, Monica and Cesar can be seen to be holding hands and their excitement is apparent as they picture returning to a life of freedom and bliss together.

“Little did we know … 23 years ago, that he would be the angel to save my life.”

Watch the video of the lovebirds here:

People have been watching “Tidying Up With Marie Kondo” and their... 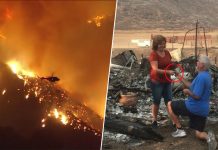 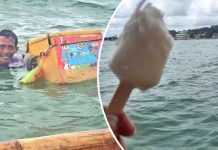 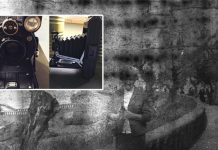 A man bought a secondhand 1929 camera and found old photos... 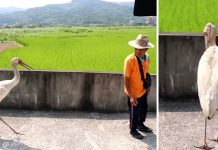 White crane lost its way back home feels the kindness of...