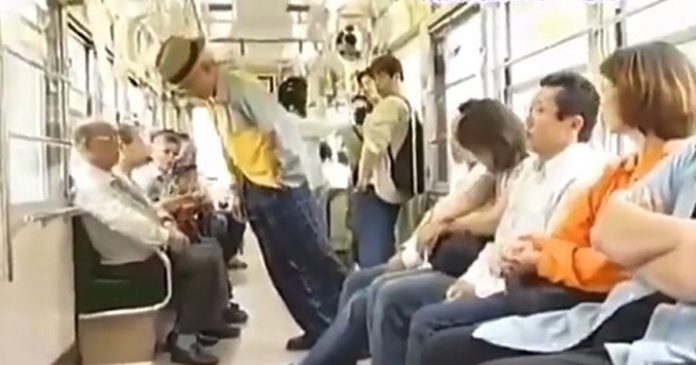 Japanese are known for their unique habit of sleeping in public especially on commuter trains.

While it may seem strange in other countries, people in Japan can be seen nodding off pretty much whenever and wherever they can.

In fact, there is a Japanese word for it, “inemuri” which is combined from “iru” (being present) and “nemuri” (sleep) that translates into “sleeping on duty”.

So, when this old man took a nap on a crowded train, no one seemed bothered by it but wait for it!

As the train moved faster, the old man went deeper in his sleep that he unconsciously leaned towards the passenger who was sitting in front of him, to the point where he seemed to nearly fall down onto the floor! 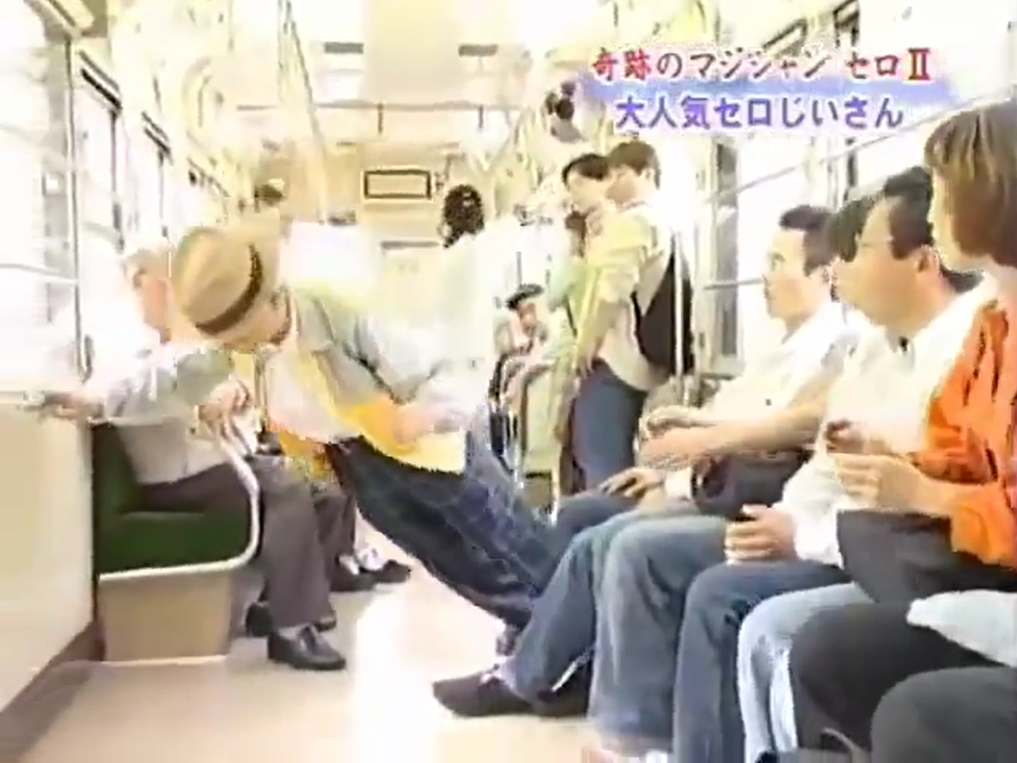 While everyone else was concerned that he might crash onto the floor, the old man looked like he had no problem to defy gravity and stay asleep

The next shot of the video shows the old man brought the gravity-defying trick to a theme park and this time, more people were stunned by his unbelievable tricks Can you guess how he did it? 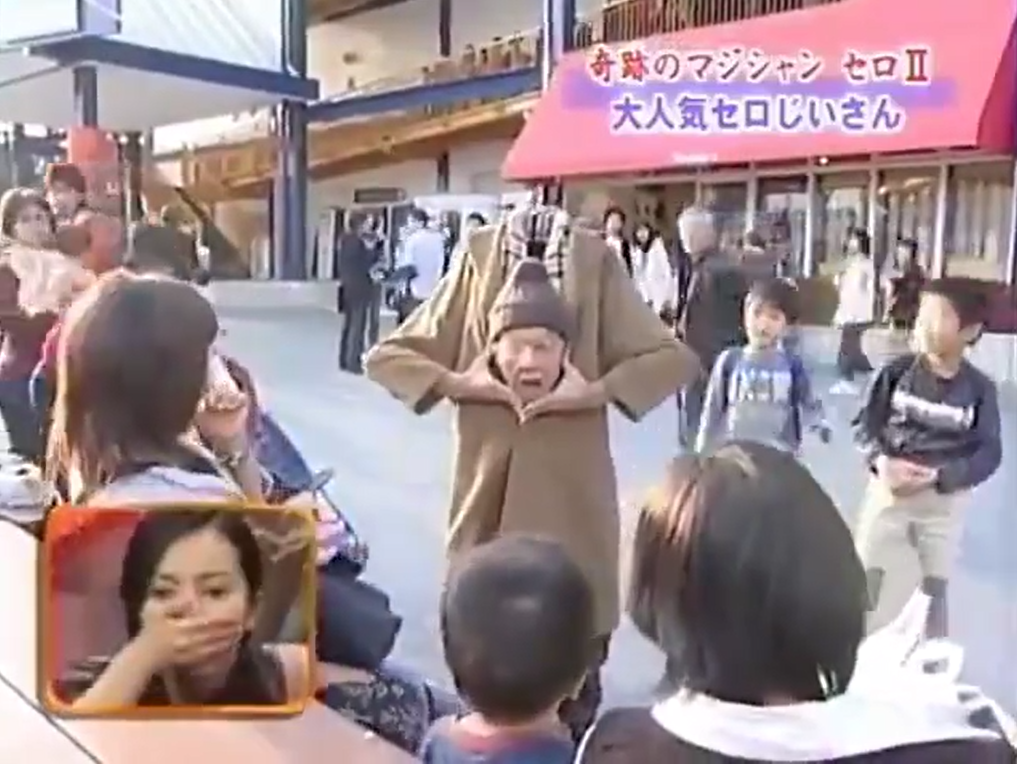 Watch this video to find out