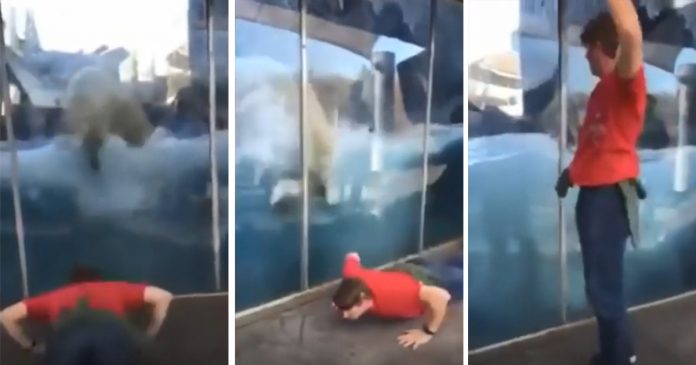 In the video, the man can be seen standing in front of the polar bear’s enclosure and he suddenly started doing a push-up on the floor.

Meanwhile, the polar bear who had been observing the man immediately jumped to the bottom of its enclosure in an attempt to imitate the man’s push-up!

The man who can be seen wearing a red shirt then dropped back to the ground to do another push-up and the polar bear did not hesitate to follow his suit! 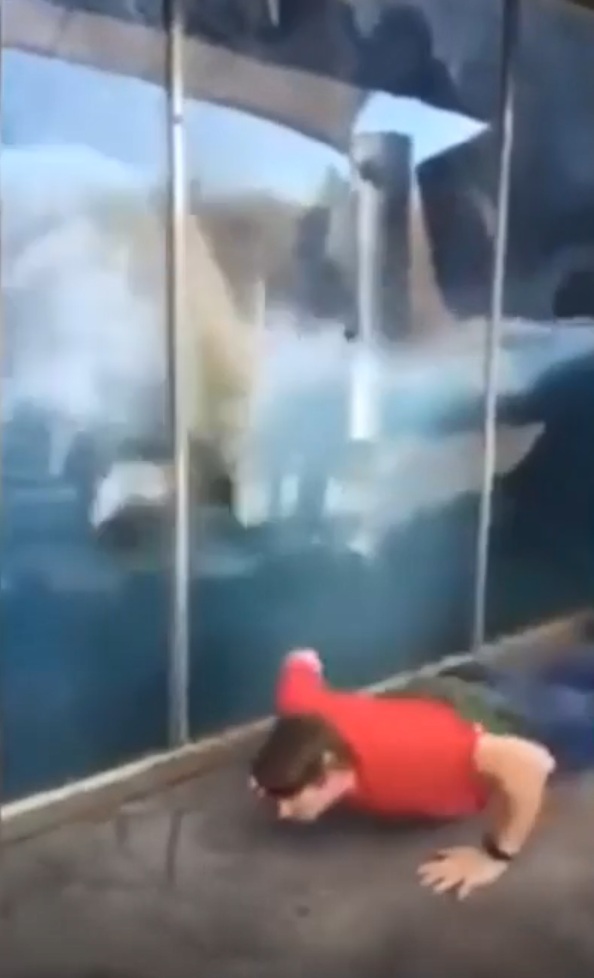 Each time the man hopped back on his feet and dropped to the ground to do push-ups, the polar bear joined in the fun 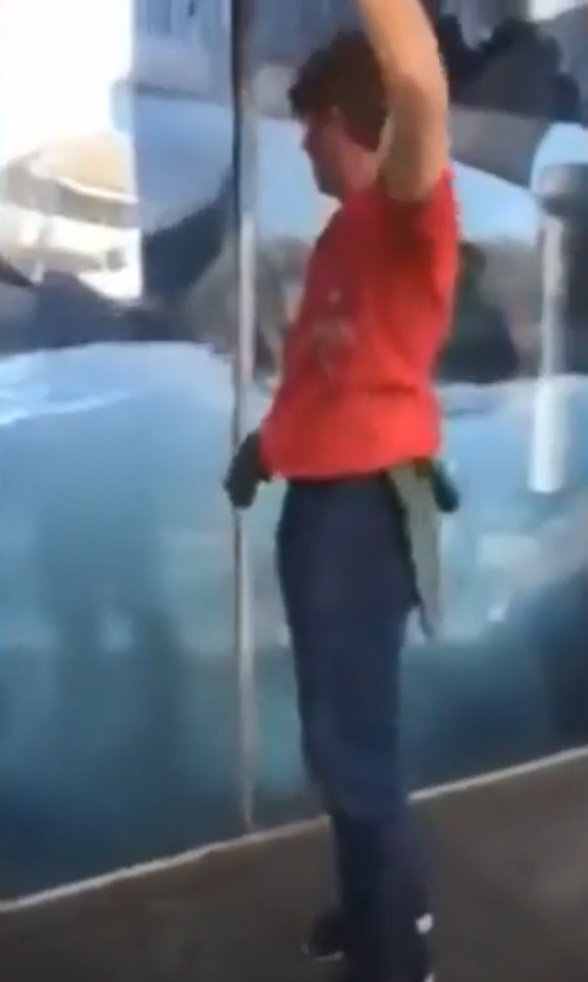 After several attempts at doing push-ups, the man seemed to want to take a brief break but the polar bear was still up for the push-up challenge! 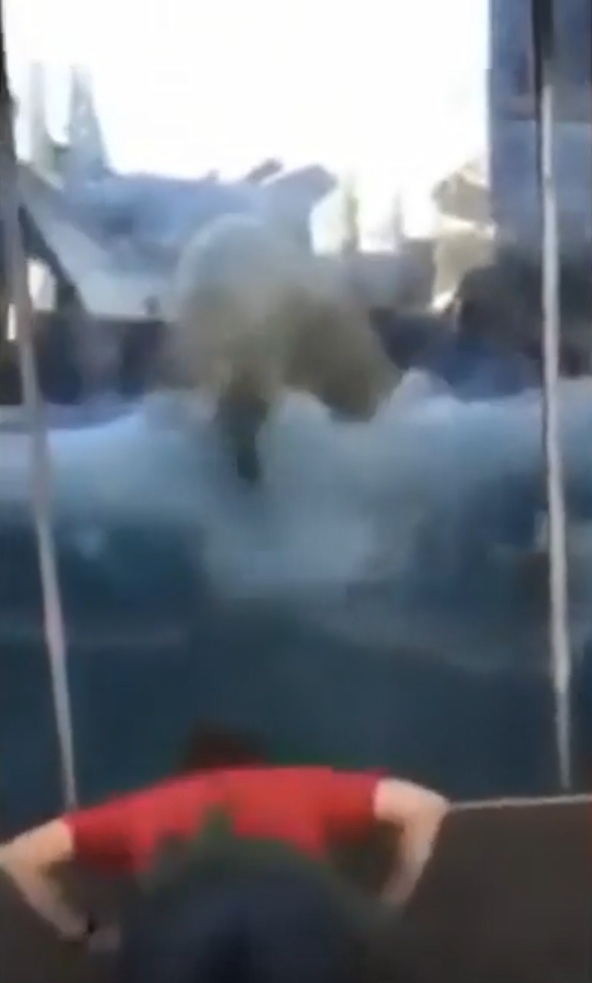 The man might not have expected this sight when he first visited the zoo but it looks like the polar bear was having a great time imitating the man’s push-ups.

It seems like the polar bear had just discovered a new workout routine that it can do to kill its time at the zoo!

According to Defenders.org, polar bears are the largest land carnivores in the world, rivaled only by the Kodiak brown bears of southwestern Alaska.

Photographer captures hilarious reactions of wild animals when they see their...