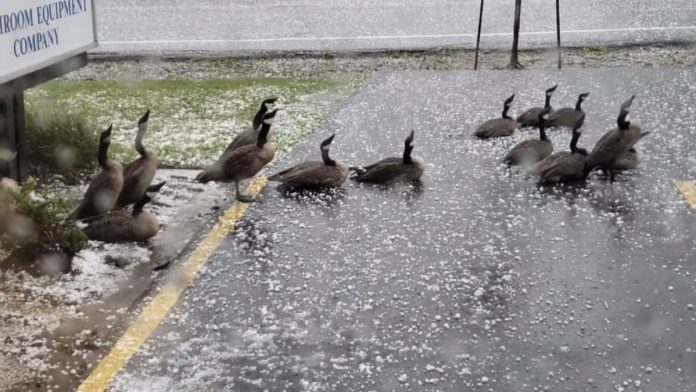 These geese have an unbelievably humorous way to brace the hailstorm and it is nothing like you have ever imagined.

The footage which has made rounds on the internet was first posted by a Twitter user, M. Inniss. 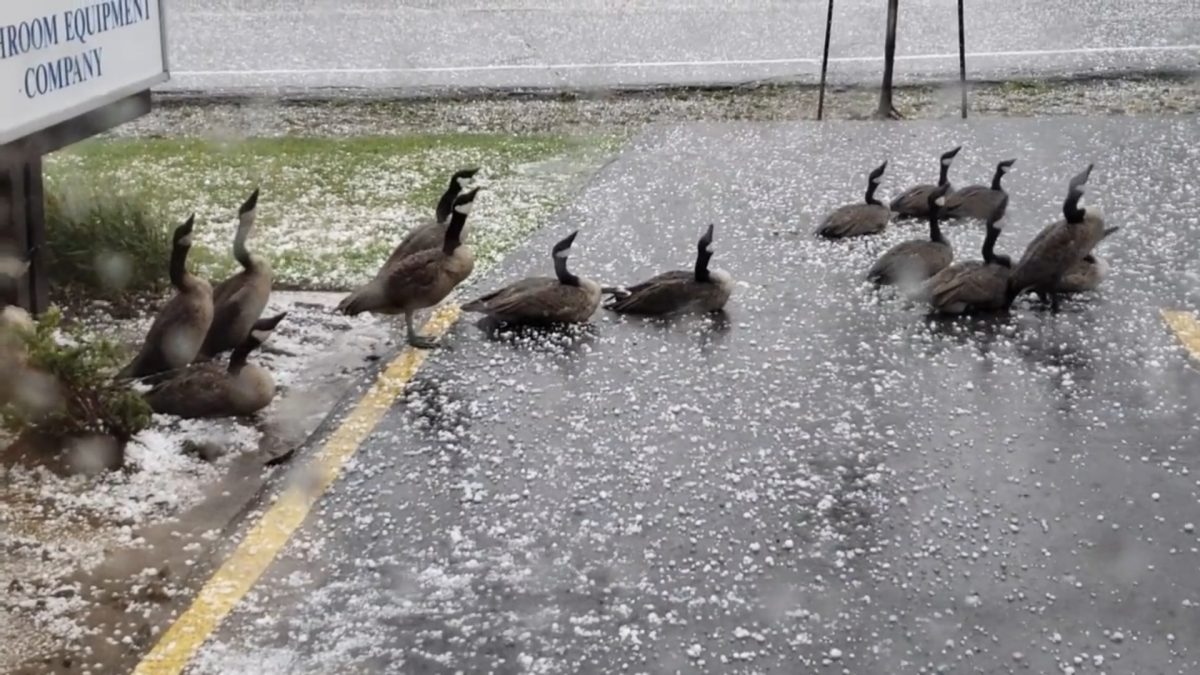 As the hails fall around the geese, the feathered animals keep their neck straight as they gaze at the sky bravely

Unlike other animals which would quickly sprint to the safe area from hailstorm, the geese reveal their unique way to escape the storm.

It may be hard to believe but the geese were left with no injuries after the hailstorm ended! 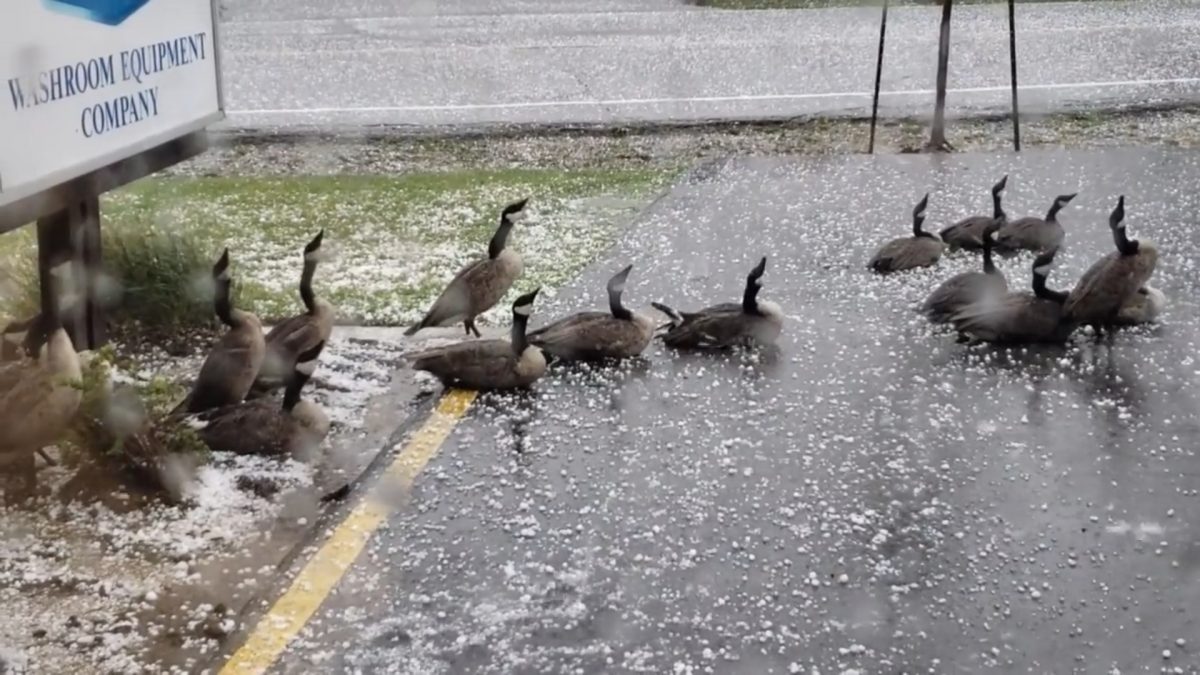 Bird expert from the University of Oklahoma, Jeremy Ross, said the explanation for the geese’s unique behaviour was to protect their sensitive beaks from being damaged by the hails which could result in life-threatening injuries.

“So not only are they looking up into the sky to reduce their profile, but perhaps when a hailstone was imminently going to hit them in the face, they dodge[d] it really quickly,” Ross offered his explanation to Live Science 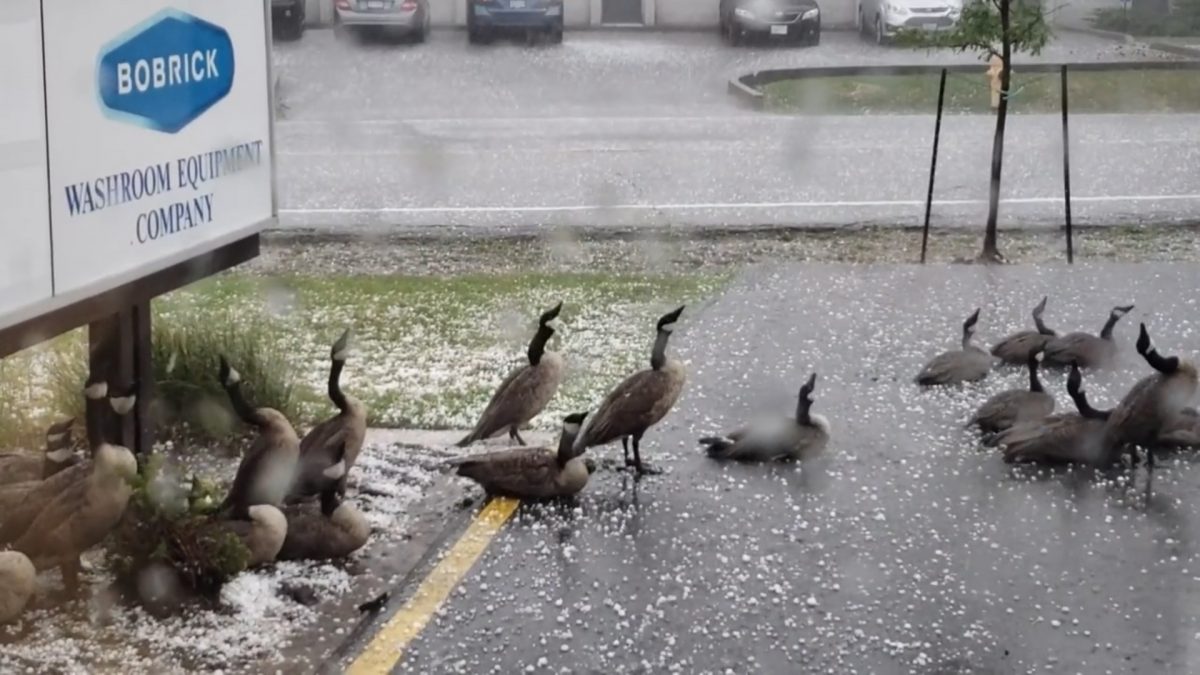