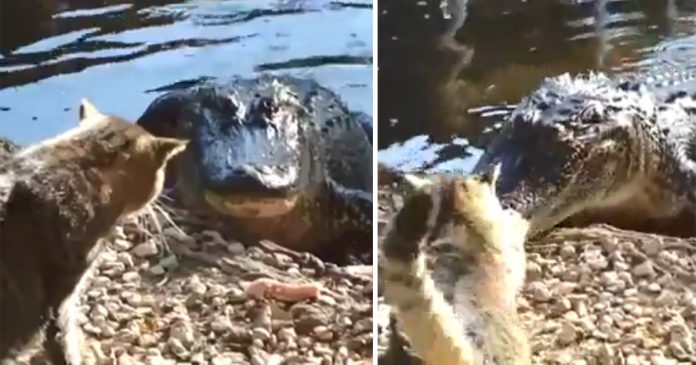 This is probably the most fearless feline in the world as this cat decided to throw some jabs at a hungry alligator.

The hair-raising scene is captured at a wildlife park at Cajun Pride Swamp Tour in New Orleans when some tourists spotted the cat trying to provoke the alligator.

The video shows the hungry alligator trying to enjoy some raw chicken drumsticks at the edge of its swamp when the cat stands nearby, just a few steps away from the reptile 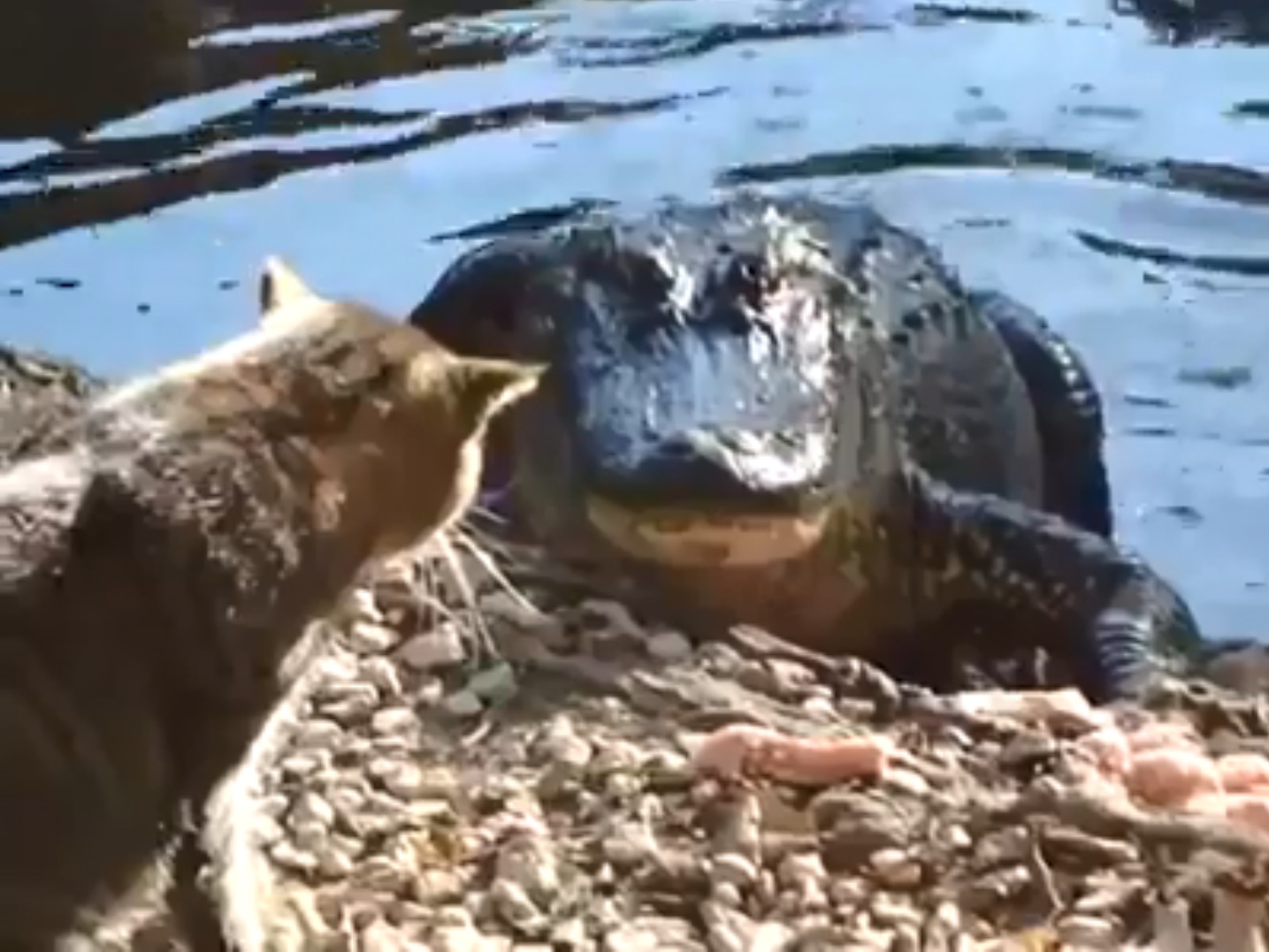 As the alligator proceeds to ignore the cat’s presence and enjoy the chicken drumsticks, the cat seems to be very offended and throws some jabs right at the alligator’s jaws 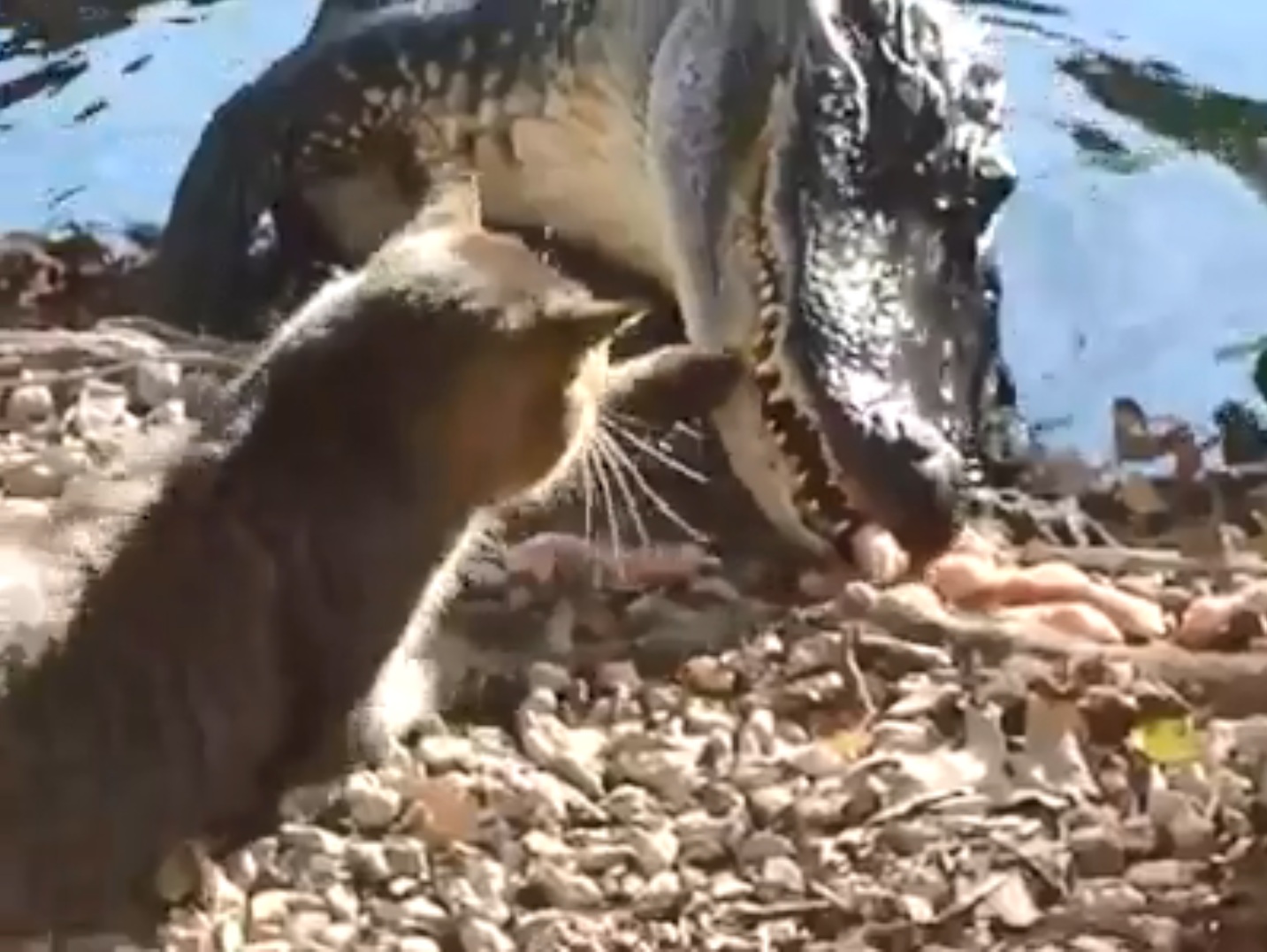 Probably stunned by the cat’s unexpected move, the huge reptile just stares coldly at the cat 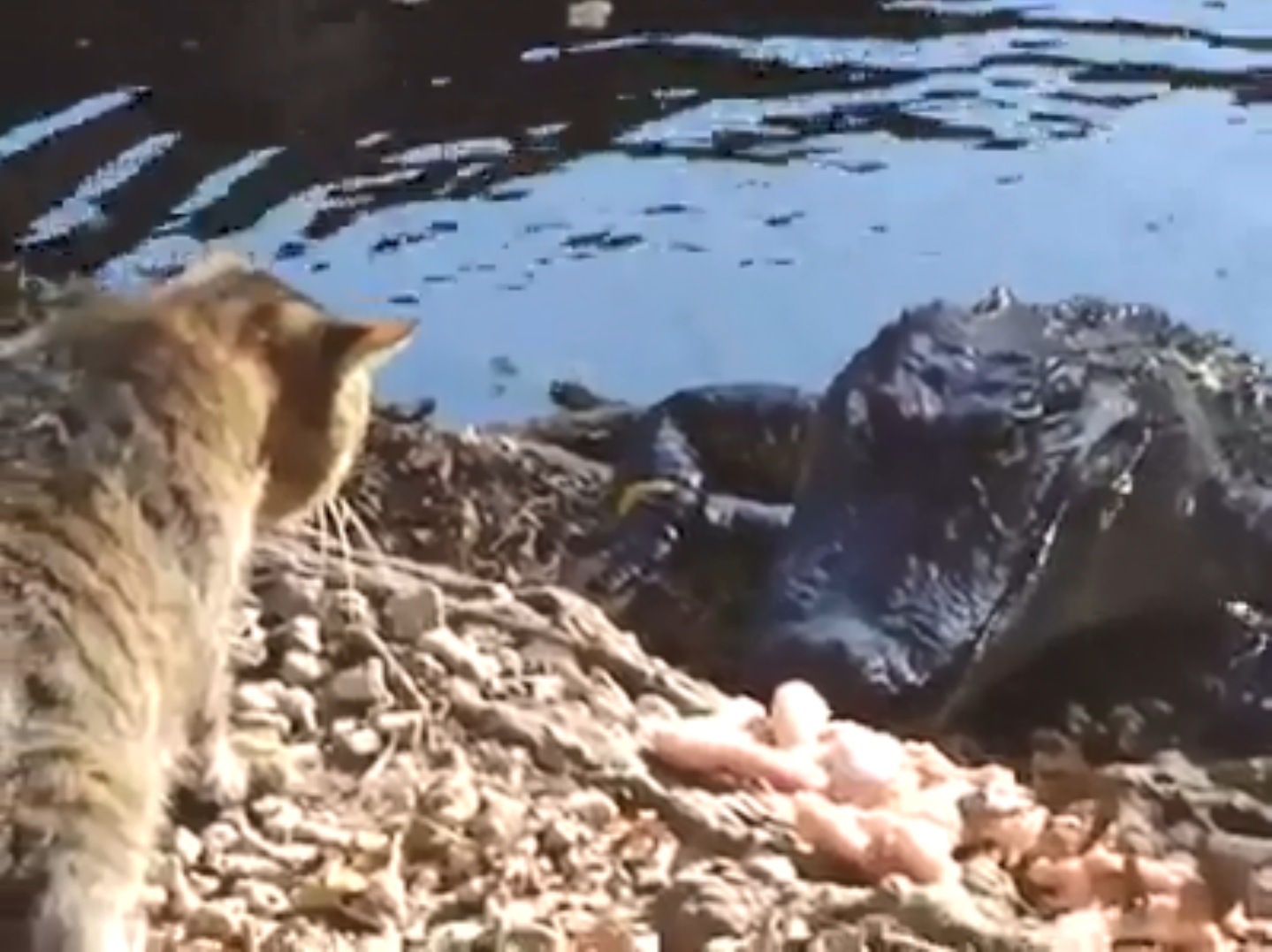 However, there seems to be an unfinished business between the two as the cat later proceeds to throw another three quick prod with its paw at the alligator 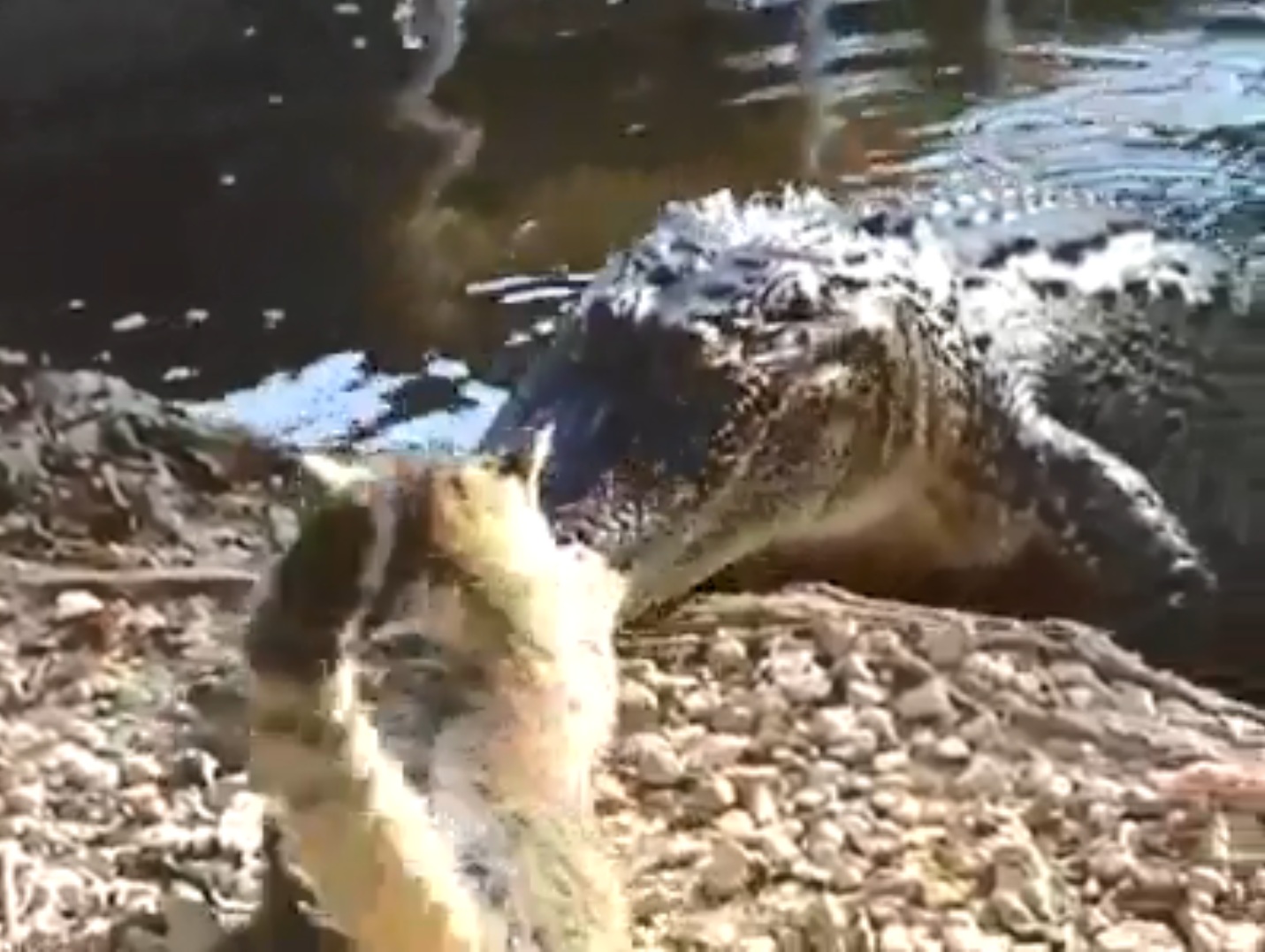 Seeing how fierce the cat is, the alligator later changes its position and tries to enjoy the chicken from a different angle. Unfortunately, the cat still disapproves of its action.

As the cat refuses to retreat, the alligator later gives up and waves a white flag as it retreats to the swamp, leaving the cat alone 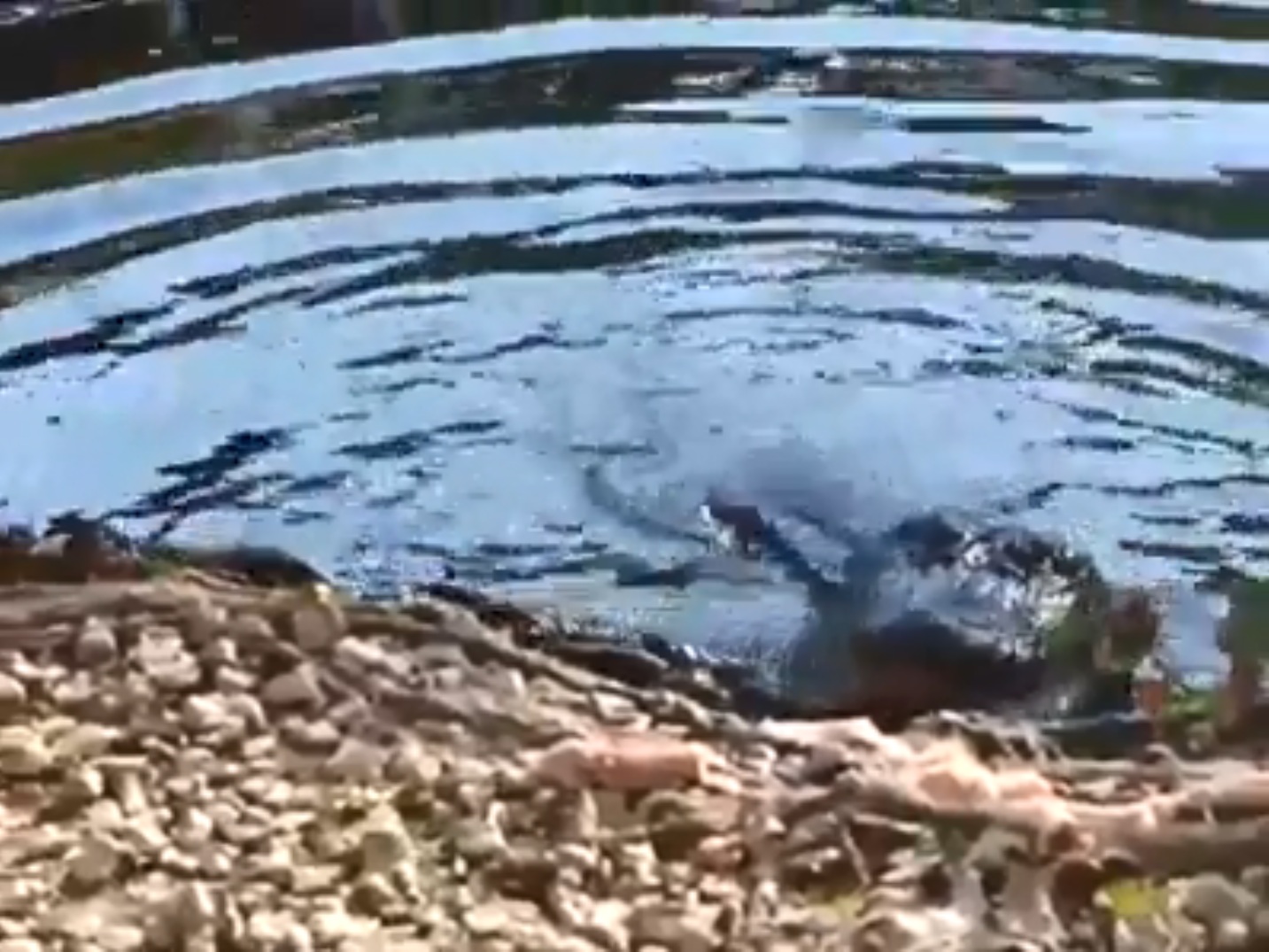 Do you think that the cat thinks the raw chicken is its or simply it is just being moody?