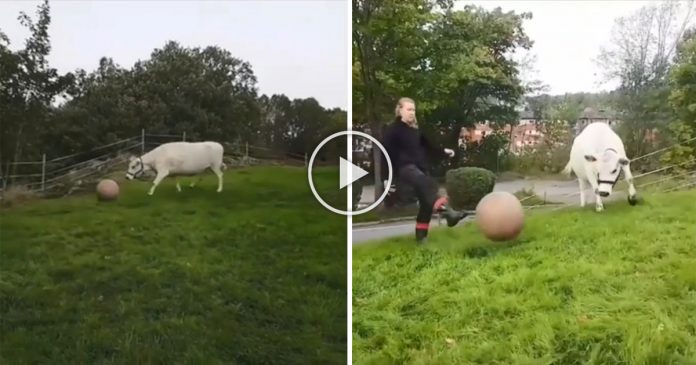 While it is a common sight to see cows lazing around in the green pastures as they graze, this energetic cow enjoys running around to fetch a ball.

The white cow named Lotta absolutely loves playing fetch with her owner on their farm in Gothenburg, Sweden 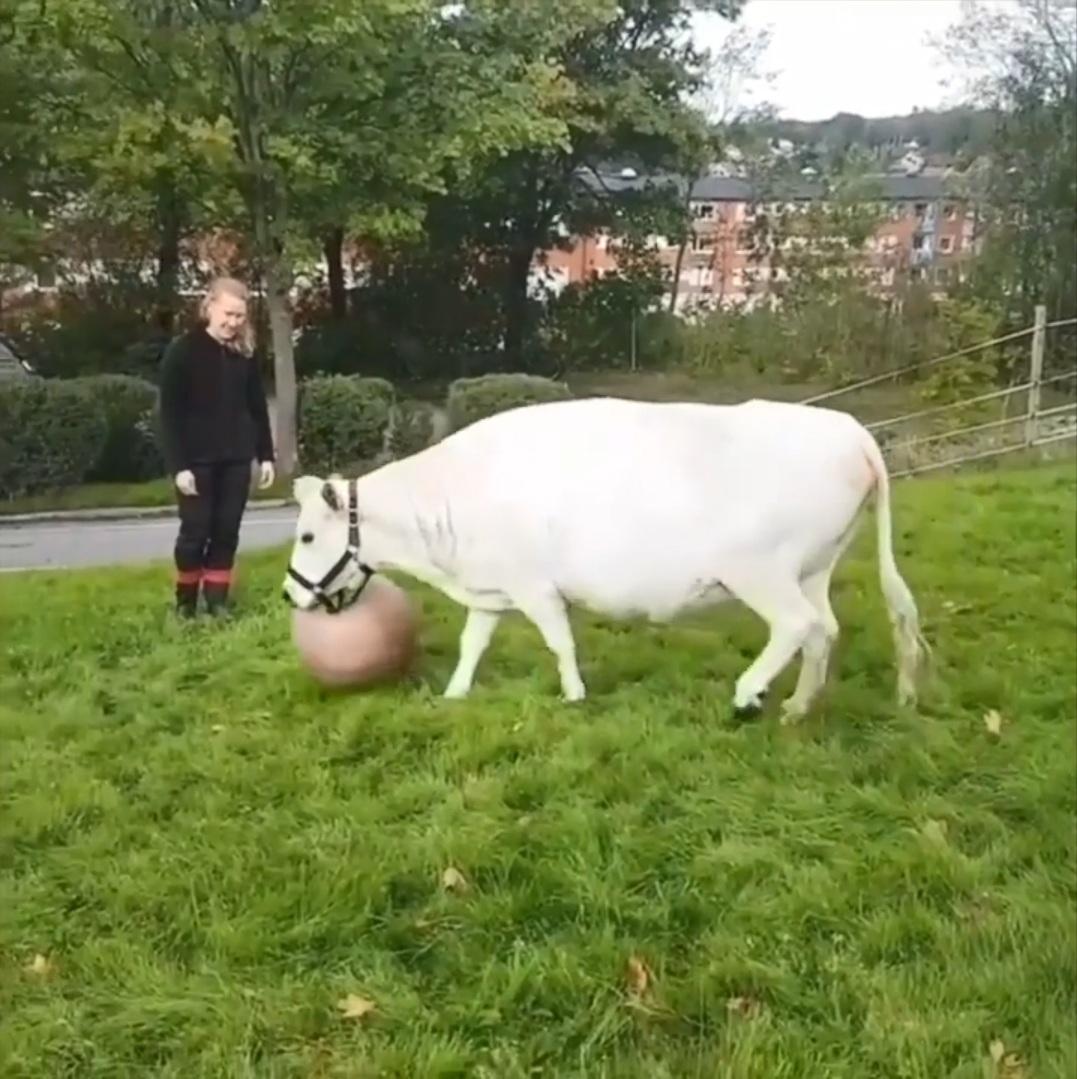 Owner Jasmine Fenah Sjögren posted a video of Lotta playing fetch with a huge ball and the video has quickly gone viral in just a few days.

In just two weeks, Lotta’s video has been viewed by over three million times and it is not hard to see why. 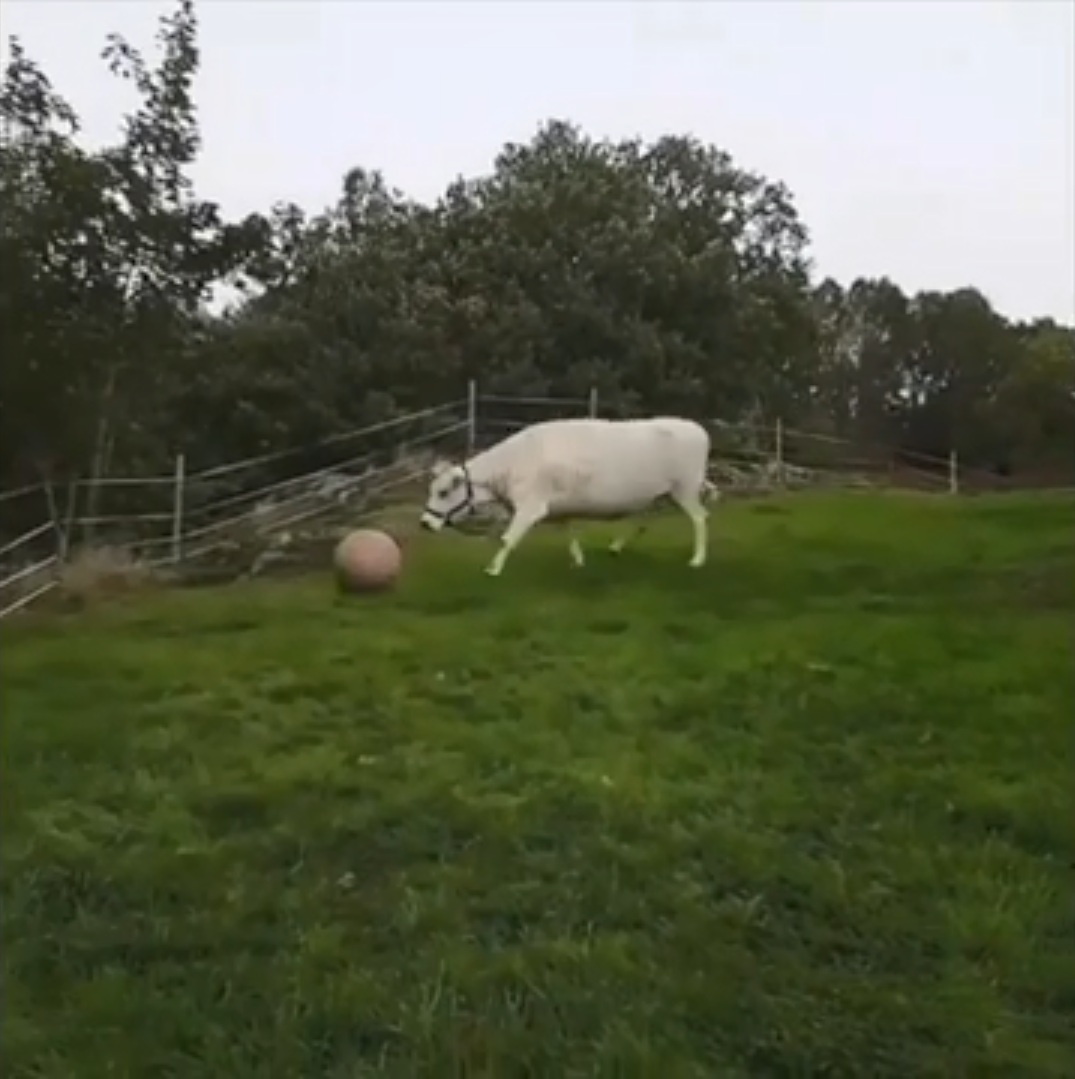 In the video, Lotta can be seen running enthusiastically to catch a big ball as it bounces across the farm 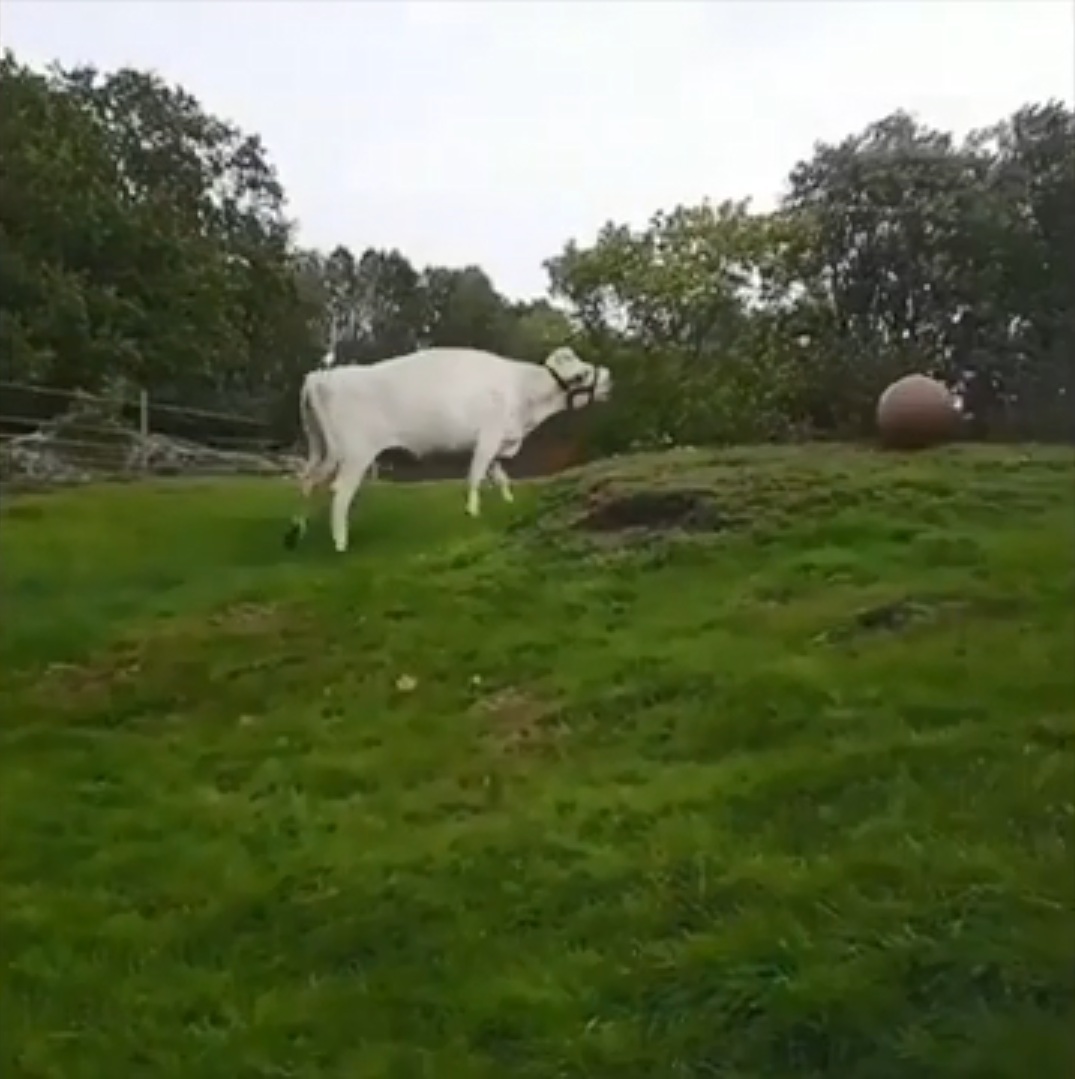 However, there is a sad story behind it. Jasmine explained that Lotta became stressed and lonely three years ago since she did not have any companions to play with.

Hence, Jasmine got her a ball to play fetch and the cow has been playing with the ball every day! 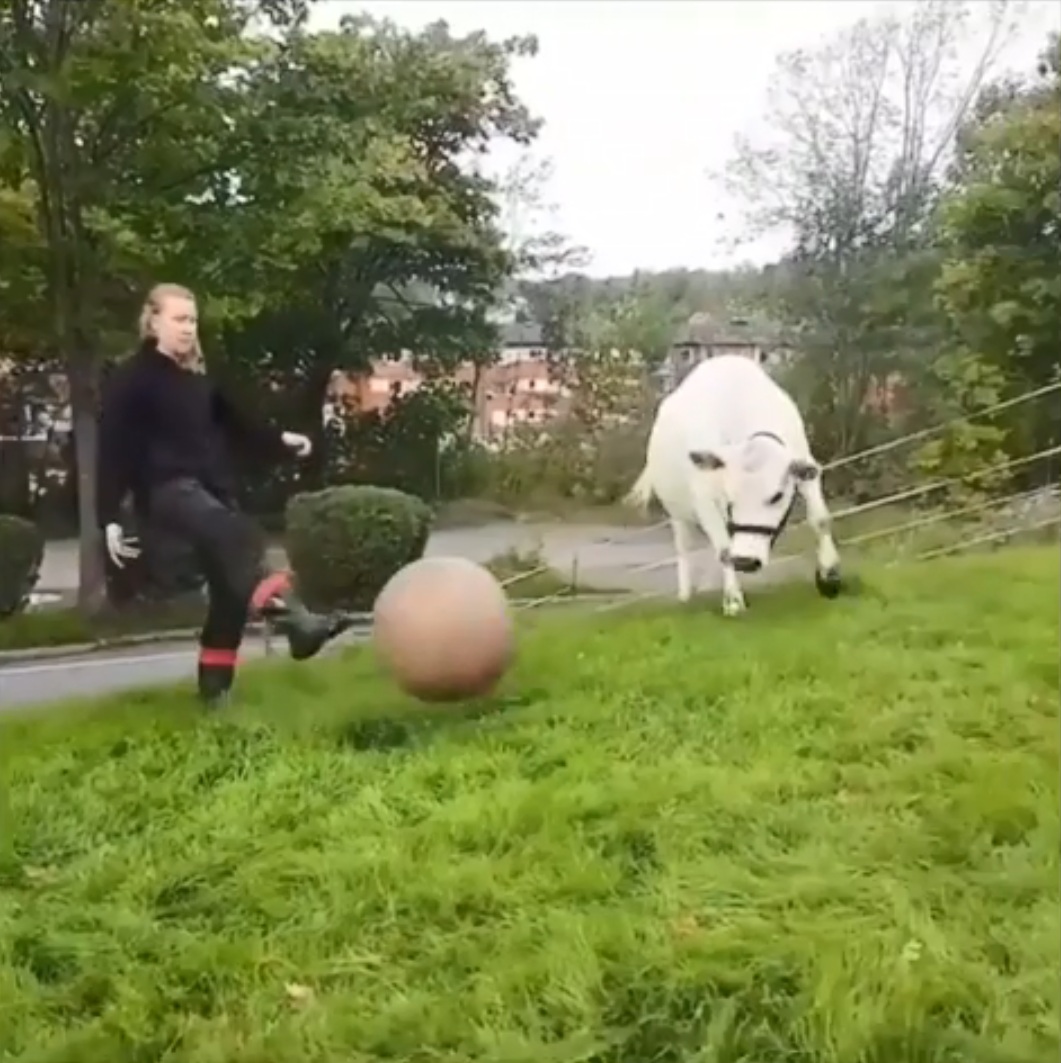 Since they got her a ball, Lotta’s condition improved tremendously and they are more than happy to see her happy side again 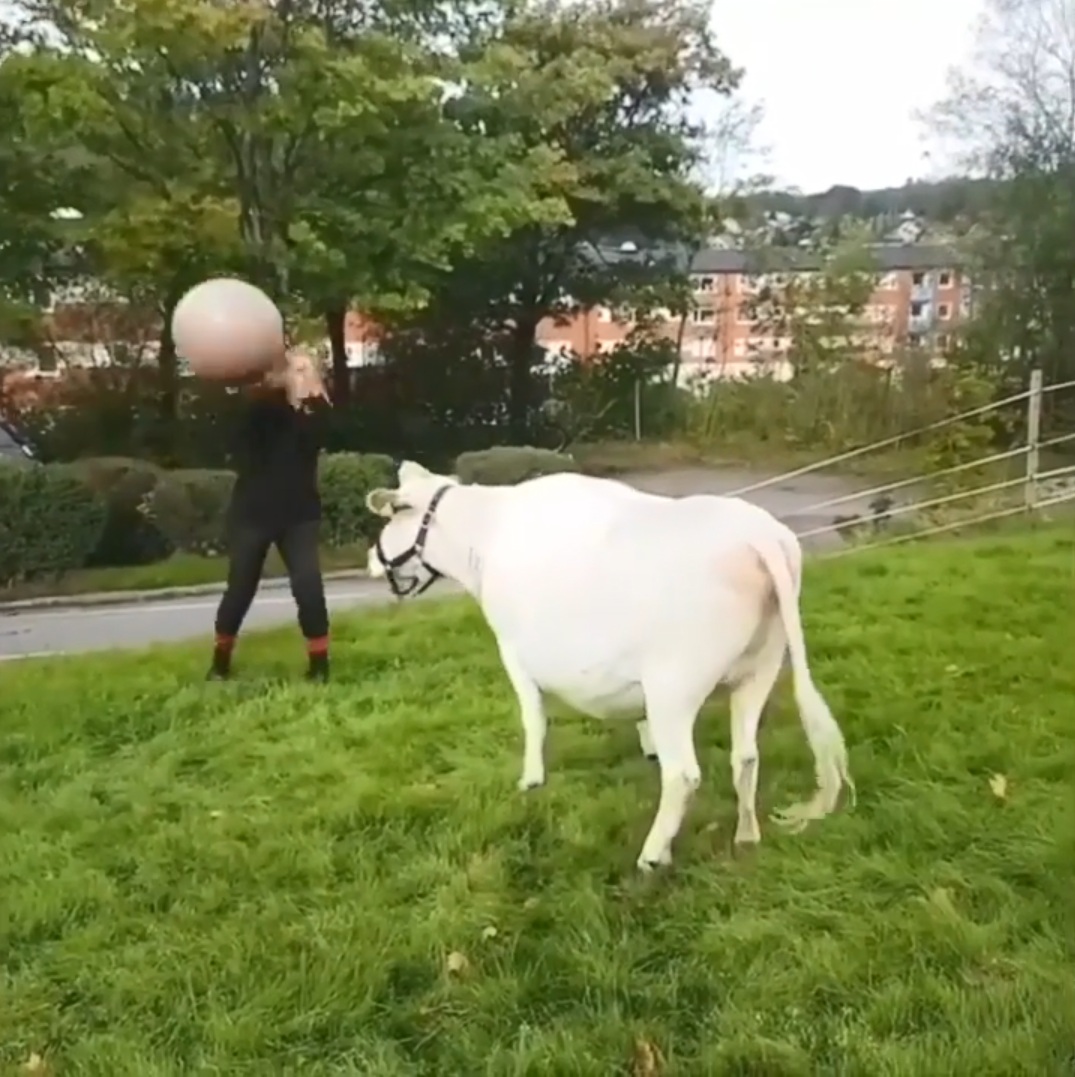 Watch this adorable cow playing fetch with her owner here

Angler breaks record after landing a 129-kg giant catfish that is...