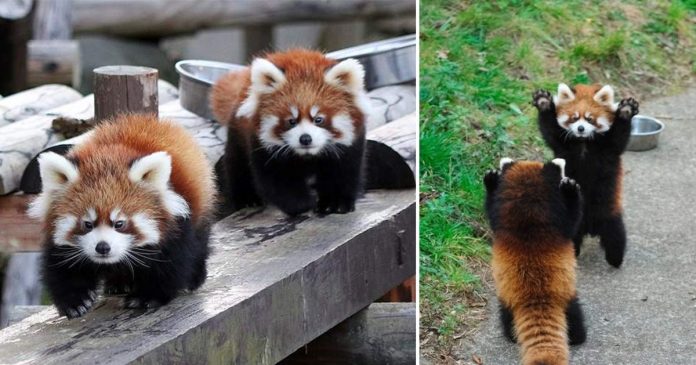 They have reddish chocolate fur with a long tail and classified as endangered by IUCN. As of now, there are less than 10,000 adult ones and the number is rapidly decreasing from loss of habitat and poaching despite being under the protection of Japanese national law.

Recently, Japanese netizens snapped pictures of an adorable pair of red panda twins at the Omoriyama Zoo in Akita City. 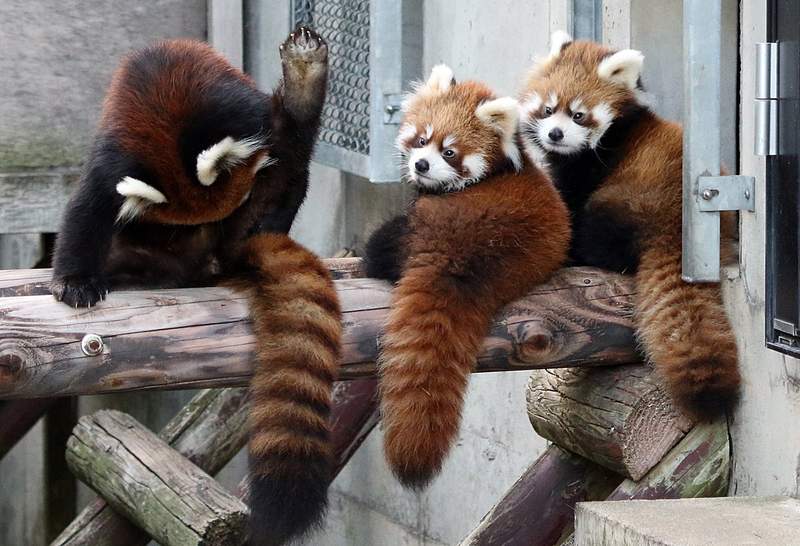 They were raising both arms as if in surrender! 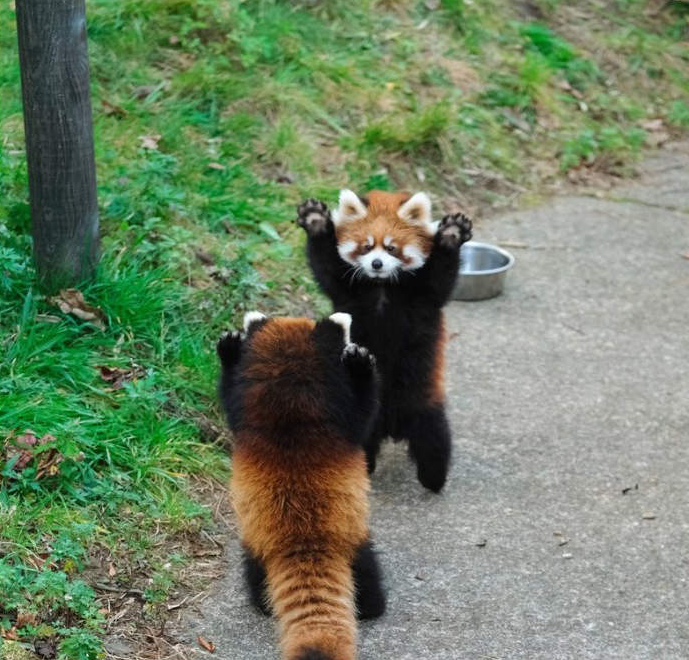 Although their expressions are hilarious, they were actually trying to be menacing. 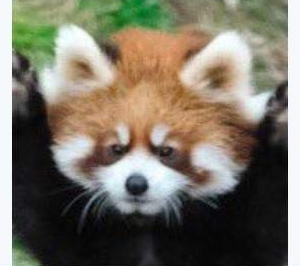 They’ve been compared to sumo wrestlers for their actions. 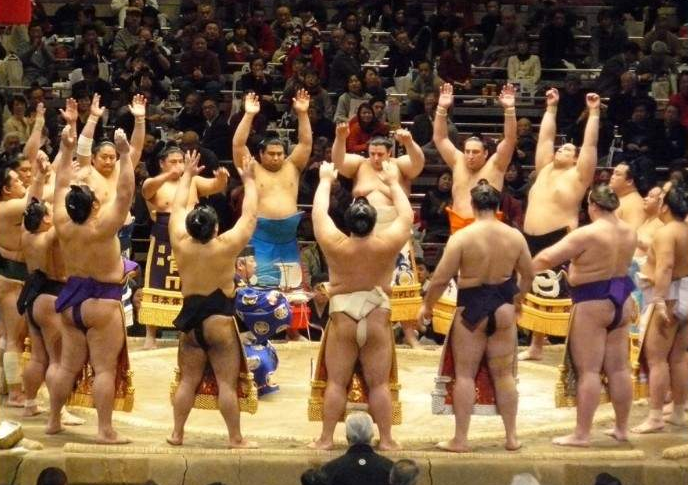 These adorable pair of twins were born on July 12 and named Kanta and Hinata.

Their actions may seem harmless, but they’re actually preparing to jump on their enemies with their extremely sharp claws if needed.

Don’t laugh at them if you don’t want to get attacked!

Everyday this stray dog goes to church to pray after owner...