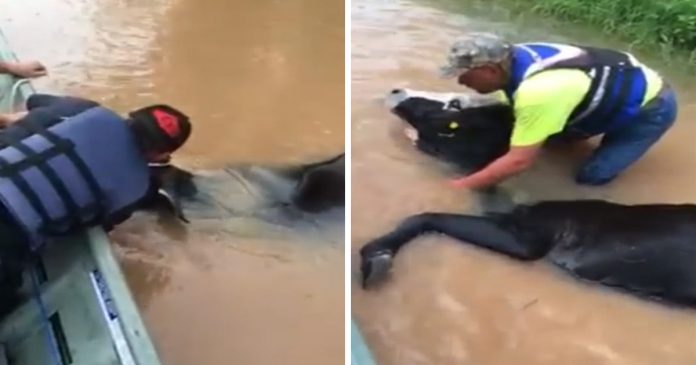 We see people rescuing household pets like dogs and cats during flood but rescuing huge and massive poultry animal is a whole other matter.

A cow found herself stuck in high water during a flood in Texas and was finally rescued by several after a few hours of struggling. These kind men used all their strength to keep the cow afloat for an hour before successfully rescued the her to land.

It happened in Fulshear, Texas when former sheriff’s chief deputy Craig Brady and his friends took the mission to save the cow.

The viral video was posted by Dodo about 3 months ago and has attracted more than 38 millions views.

Initially, it did look like a block of black platform floating in flood water 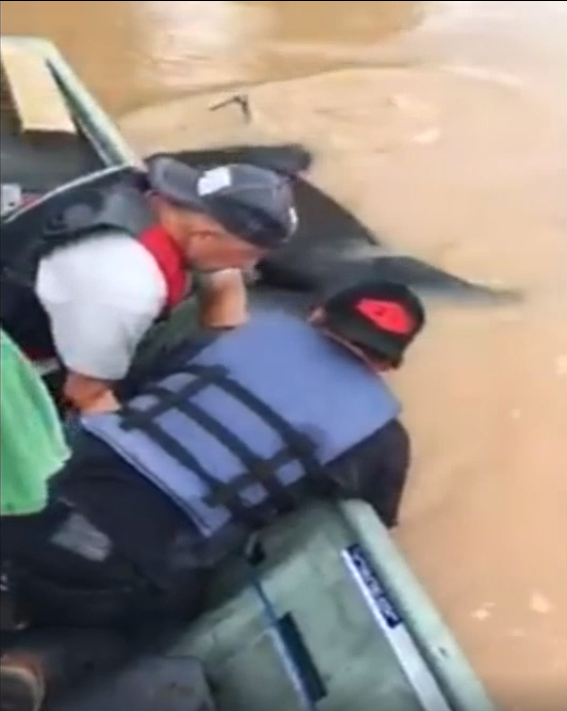 After Brady and his friends scuffled and heaved, it appeared to be an unconscious full-grown cow 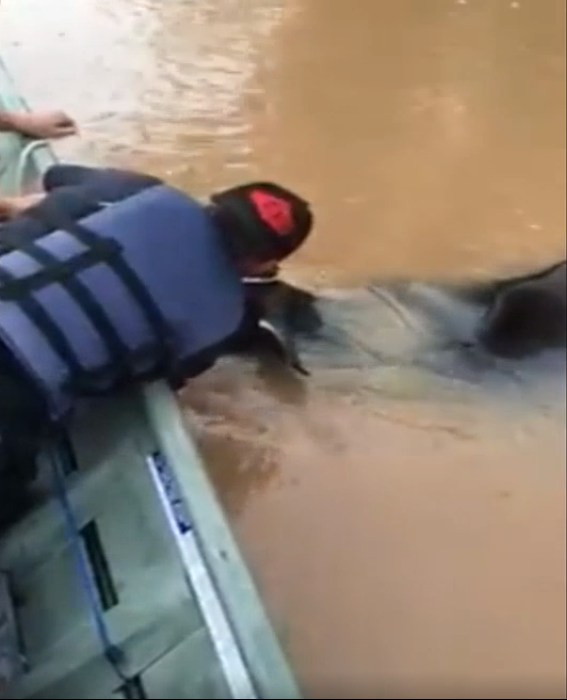 For a minute, a guy tried keeping it afloat for 1 hour by holding on to the cow’s head above the water.

Although still breathing, the cow is tired and became unconscious so the men used their motored boat to pull the cow through the water 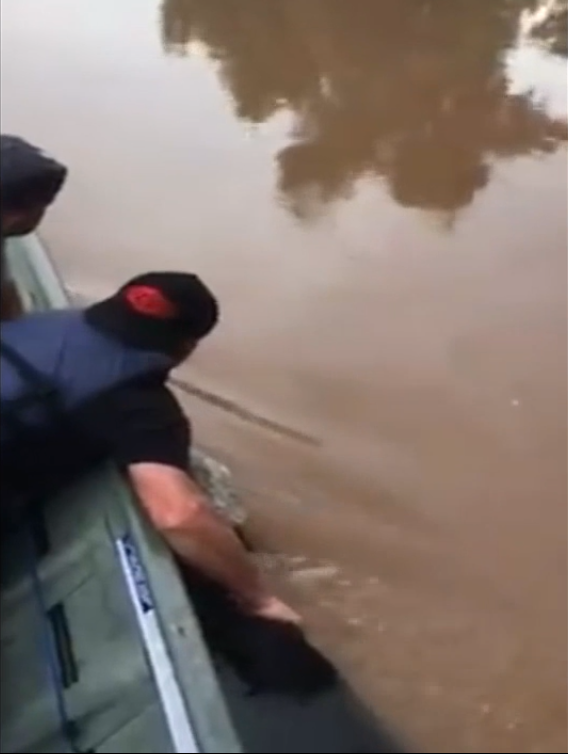 It was quite a challenge to keep the cow afloat until they were able to get the cow to solid, dry land 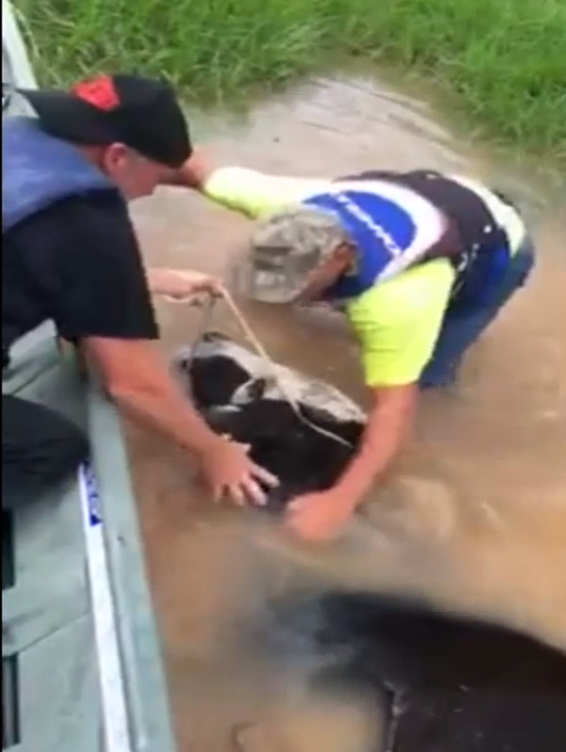 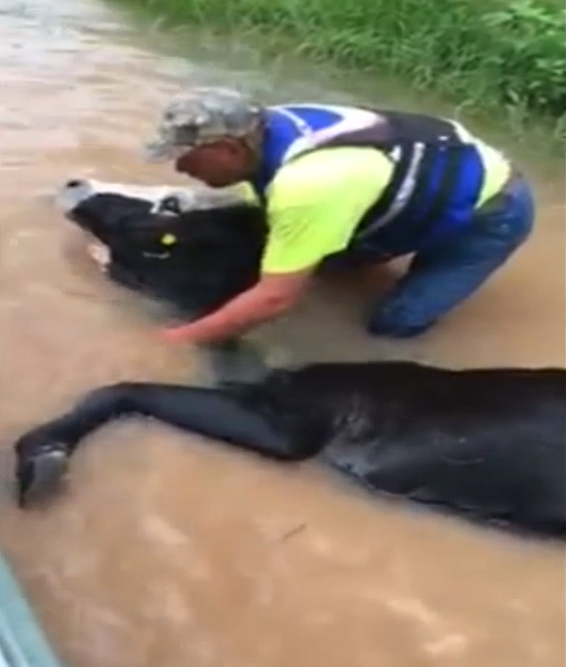 Once awake, the cow is too weak to climb to land so the men helped to push and drag the 1-ton cow to safety 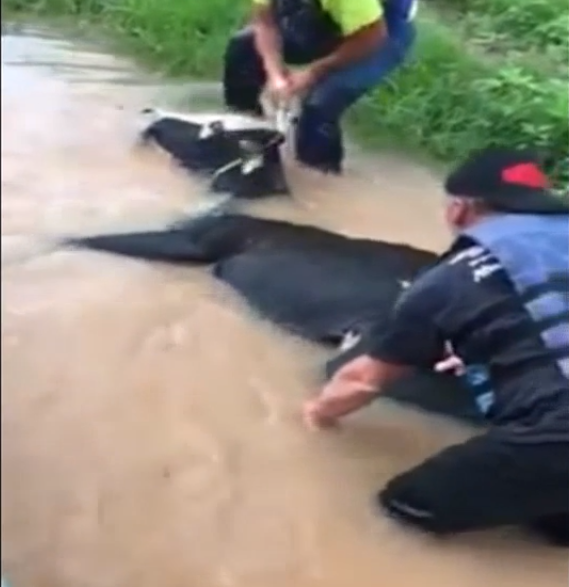 After a while, the cow gathered her strength and got back up on her feet 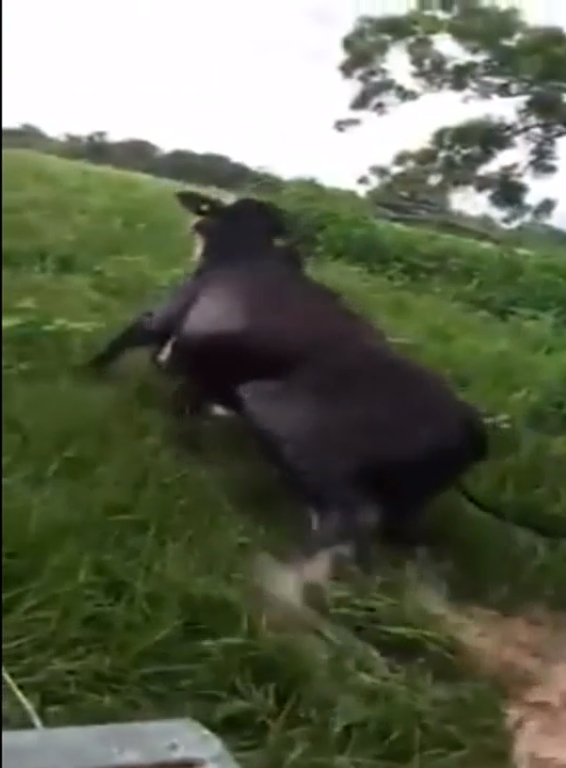 All thanks to this group of brave men that this drowning cow manage to continue to live on!