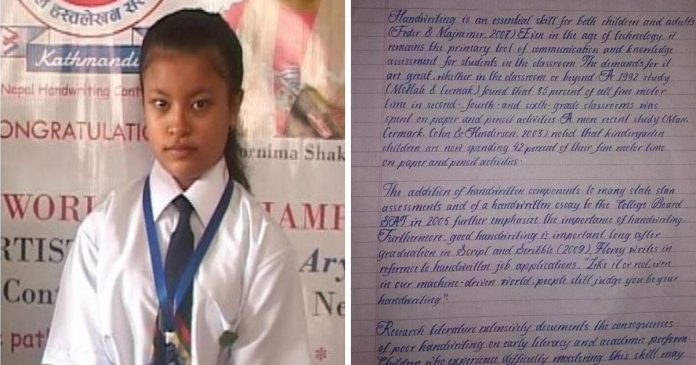 Children develop motor skills as they grow up. Most people perfect their gross motor skills at a young age which includes large muscle movements like legs and arms but having excellent fine motor skills (in hand and wrist) is not common.

This 14-year-old young girl makes us all in awe by her display of extra fine motor skills through her control in distinguished handwriting in her school work!

Prakriti Malla from Dhankuta is a student in Sainik Awasiya Mahavidyalaya from Nepal. 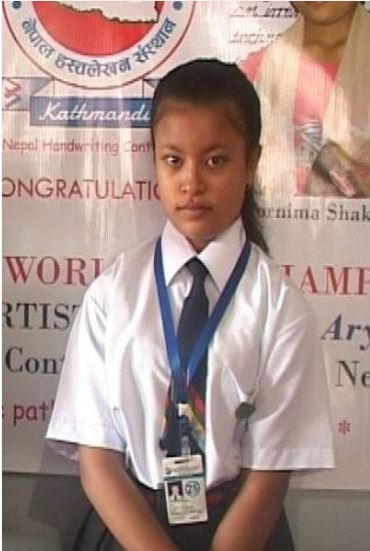 Malla’s essay on the essentials of handwriting for children has gained worldwide attention with her amazing calligraphy skills. 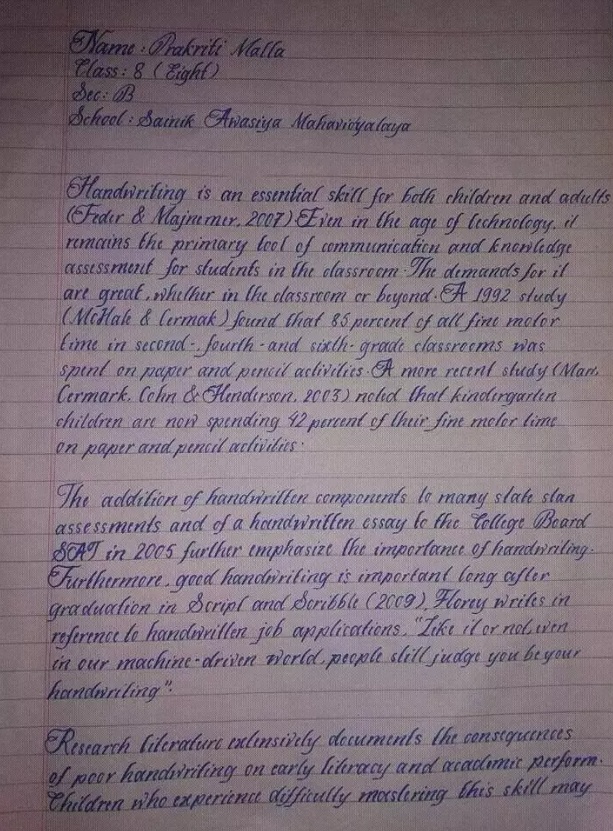 Malla was even praised by Dr. Kirstin Ferguson from Queensland, Australia for her super-neat skills through Twitter!

This is the handwriting of Nepalese Yr 8 student Prakriti Malla which was recognised as the most beautiful handwriting in the world #writing pic.twitter.com/l1LSwxhR3q

Her first-grade writing has also attracted attention from her government and is recognized as one of the students with most beautiful handwriting. 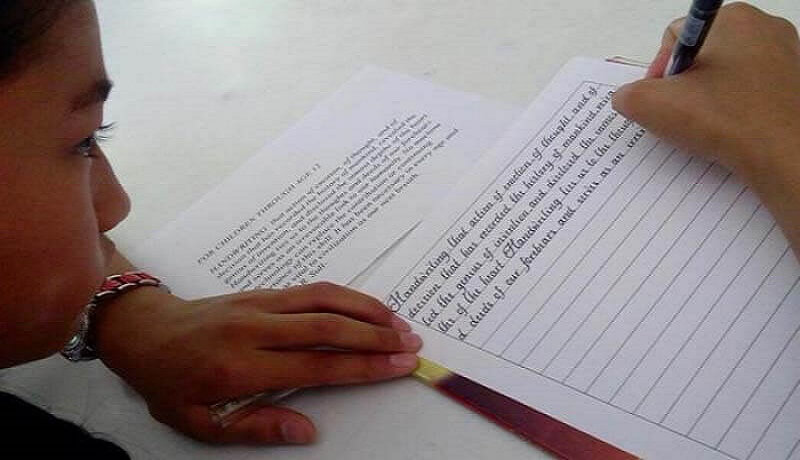 In Malla’s paper, she wrote, “A 1992 study (McHale and Cermak) found that 85 percent of all fine motor time in second–, fourth–, and sixth-grade classrooms was spent on paper and pencil activities. A more recent study (Mar., Cermak, Cohn & Henderson, 2003) noted that kindergarten children are now spending 42 percent of their fine motor time on paper and pencil activities.”

Now, if a child an 8th grader could write this well, it does encourage the rest of us to continue with the pen-and-paper method, even though it may just be scribble notes.

As encouragement, here are a few comments about handwriting that we have selected from a BBC post:

I hand-write as a matter of course, many comments “how nice to receive a written letter”. In France, a handwritten letter is the expected form of formal communication.
Tom Davies, Faucigny ,Bonneville, France

I was invited to a gentlemen’s dinner last night. I am about to write a “thank you” letter to my host. I will be using a fountain pen. It is easy to bang out an e-mail, but a handwritten note on headed paper conveys real gratitude
Patrick Farrelly, Saunton

Kids in primary schools in Japan spend a lesson or two a week learning “the way of writing”, using thick calligraphy brushes to write kanji characters. It’s an art form and takes great skill. At the start of a new year, many kids gather in the assembly hall and lay out long sheets of paper, prep their brushes and write something, usually with four kanji, that means something to them personally about how they’d like the next year to pan out. Writing here has deep cultural roots.
Dan in Japan, Japan

We hope that this beautiful handwriting and calligraphy would still be used and practiced in our everyday lives!

Twin sisters were born one black and one white—18 years later...