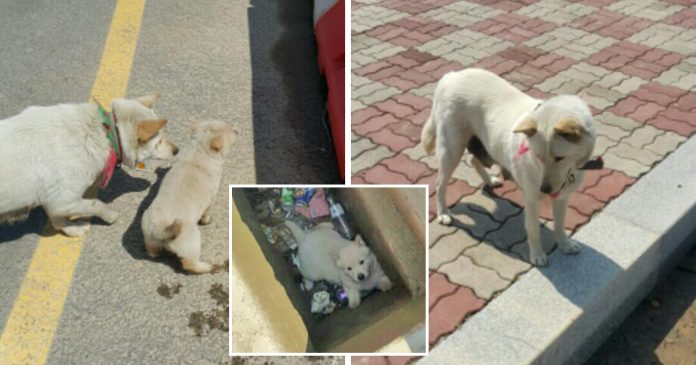 What would you do when a stray dog kept keeps following you from behind? Thankfully a man from South Korea did not ignore the dog because its pup might not be alive without his help. He shared his encounter online and has received praises for his good deed.

The South Korean man was planning to go to the park and have his lunch when he saw a white dog walking towards him and then stayed by his side. At first, he thought that the dog wanted food and gave some to it but the food was left untouched.

Instead, it keeps on following him.

The man who was confused by this scene then made a decision to stop and observe his surrounding. Right at that moment, he heard a small crying coming nearby. He tried to identify where the sound was coming from.

He walked over and found out there’s a white puppy inside a deep hole filled with rubbish.

This is when he realized that it was the mother dog that followed him around to ask for help. The little dog must be its puppy!

The man did not hesitate to help and quickly grab the puppy out of the hole.

Both dogs looked hungry to him, so the man also shared his lunch with them.

Here are some kimbap and kimchi. 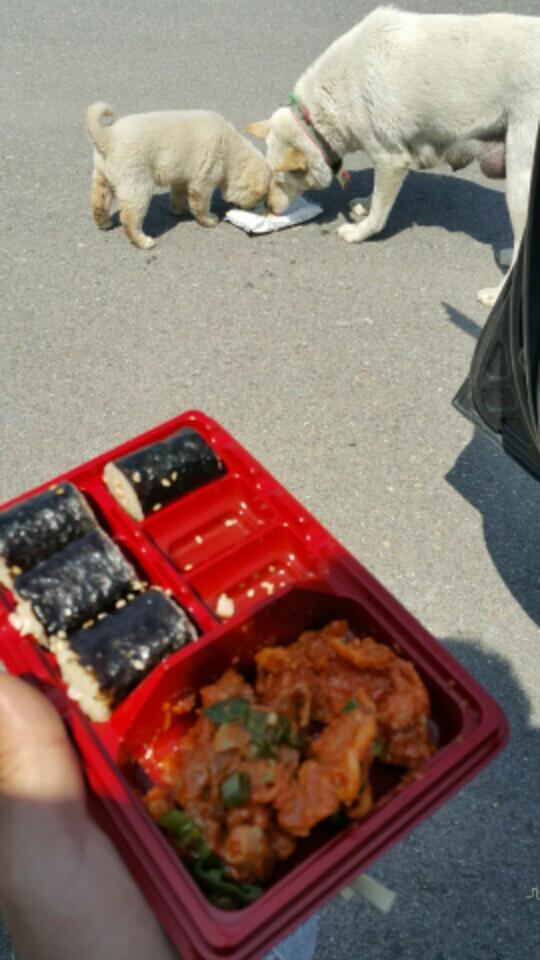 Thanks to his kindness, the puppy has been saved from an unfortunate event. However, he did not bring the dog home because it has a collar on its neck.

Hopefully, the dogs will reunite with their owners soon!

Japan’s cat island was given a dose of catnip plant and...