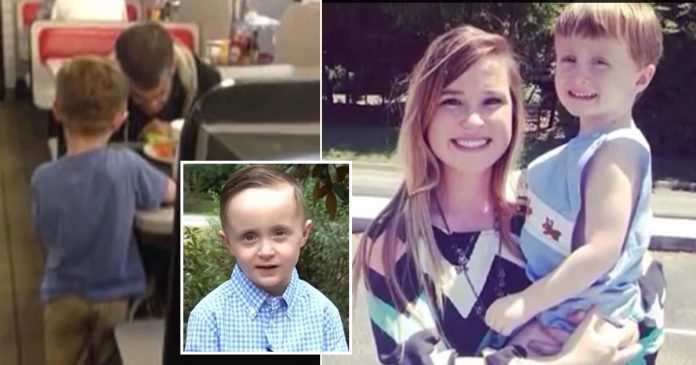 5-year-old Josiah Duncan may be a little boy who has yet to understand what being homeless means but he knew very well that he needed to help when he saw a homeless man outside a restaurant in Prattville, Alabama.

Little Josiah spotted a homeless man when he looked out the window of Waffle House. The man was holding a bag next to his bike near the restaurant when the boy saw him.

Curious about the man, Josiah asked his mother, Ava Faulk question after question.

Ava later explained to the young boy that the man was homeless which the boy then asked, “What does that mean?” 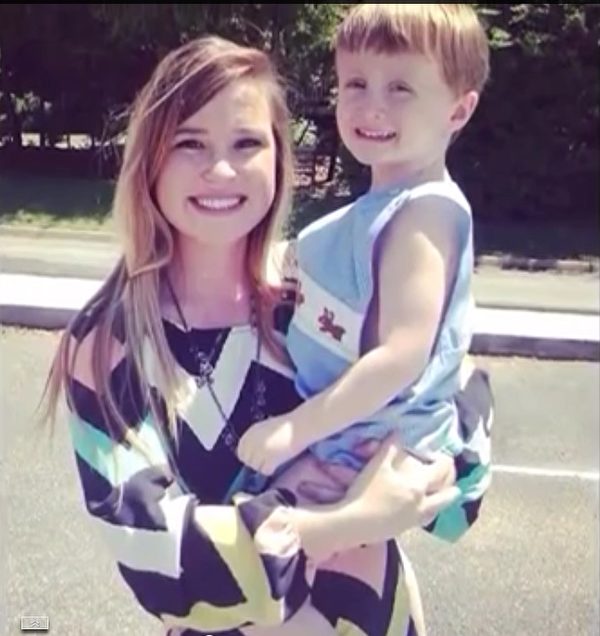 Ava explained to Josiah later that being homeless means that a man does not have a home to which Josiah asked, “Where is his house? Where is his family? Where does he keep his groceries?”

However, one thing that concerned Josiah the most was if he had any food to eat. The boy later begged his mother to buy him food to which she agreed.

However, no one wanted to serve him when he sat down on a table. Once again, Josiah stepped in. 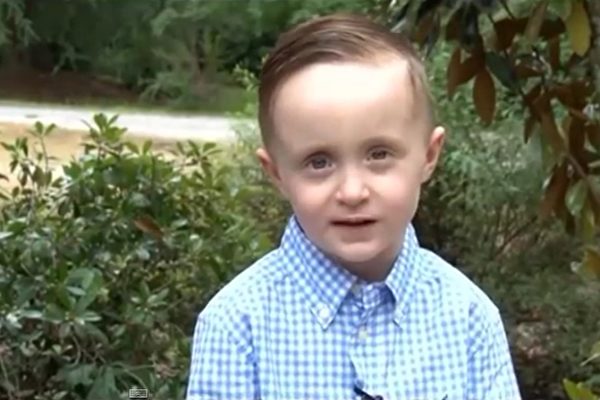 The boy gave him a menu and insisted that he ordered as much as he wanted. The man replied that he was happy enough with a simple cheeseburger.

After the food arrived, Josiah even wanted to say prayers,”God, our heavenly Father, we thank you, we thank you, thank you for your blessing, Amen.” He sang a hymn for him too and it was so loud that the other diners could hear.

Josiah’s act of kindness quickly brought the homeless man and others into tears. 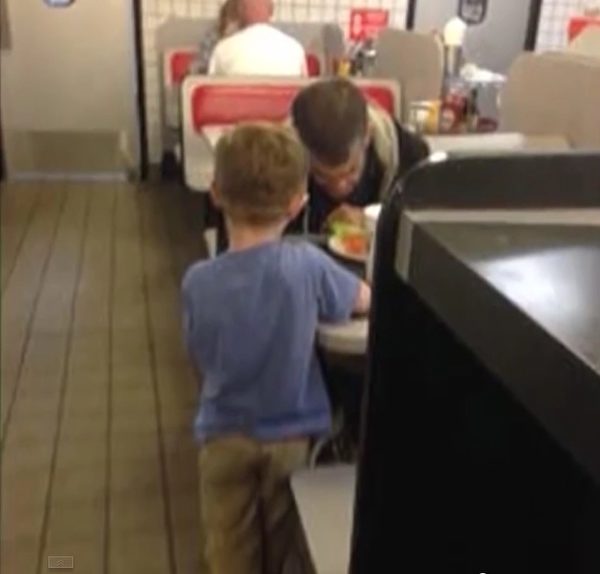 Ava said that she was proud for Josiah to stand up for people who are in need.

“Watching my son touches the hearts of the 11 people in that Waffle House tonight will be forever one of the greatest accomplishments as a parent I’ll ever get to witness.”