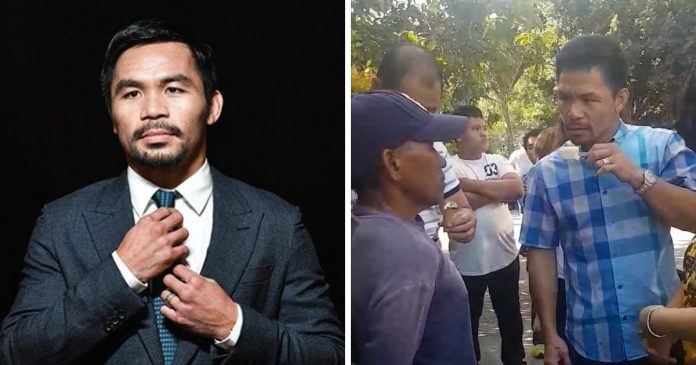 Filipino boxer-turned-politician, Senator Manny Pacquiao, who once lived in the poorest neighborhood in the southern coast of Mindanao knows how hard it is to live in poverty. When he found out that an ice cream vendor is struggling to make a living, he quickly stepped in to help.

Manny Pacquiao, may be one of the richest people in the Philippines but he never forgets his humble beginning.

It was a hot day on May 27, Pacquiao was waiting inside his car when his assistant, Jen Manilay, handed him an ice-cream to curb the heat of the day.

While enjoying the ice-cream, Pacquiao stepped out and had a brief conversation with Marciano, the ice-cream vendor.

It was then that the senator learned that the ice cream vendor was struggling to make ends meet and gave the vendor PHP3,000 (US$57.15). 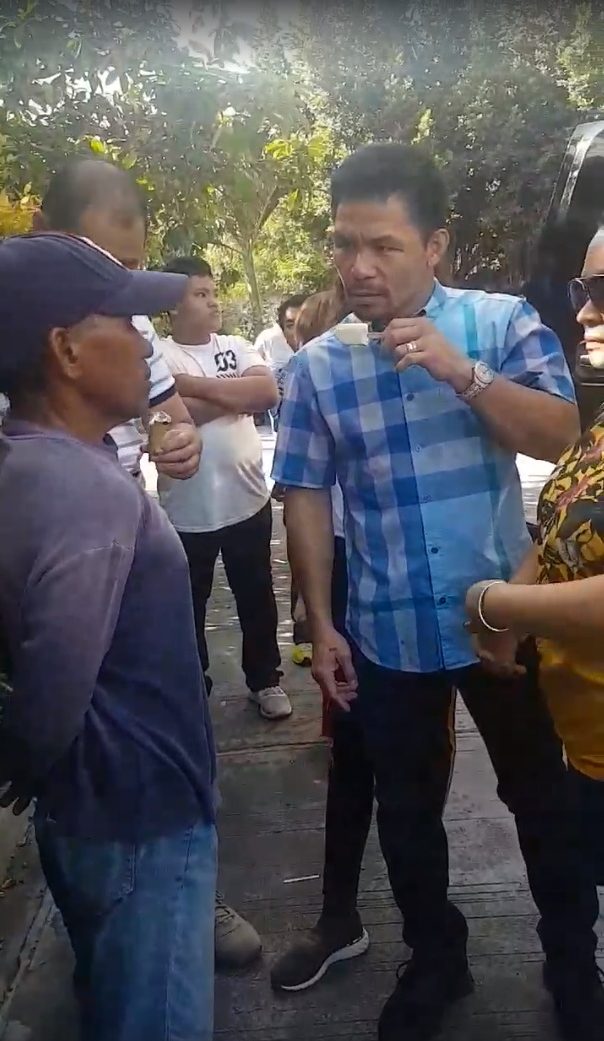 “When Manny [Pacquiao] learned he has three kids who weren’t in school and that he recently had a stroke, Manny gave him PHP30,000 (US$571.52),” said his assistant.

Pacquiao also promised the vendor a house when he discovered that Marciano’s family is living in a rented house.

The video of the senator eating ice cream while he spoke to Marciano quickly went viral on social media with more than 4.9 million views and 95,000 likes.

The senator kept true to his words later on when he gifted the lucky ice cream vendor a new house and a job. He also had enough money to pay for his medicine and a new job in Goldenstate.

Thanks to Pacquiao’s generosity, Marciano no longer had to struggle in his day-to-day life.

The video shows Pacquiao sitting in one of the cushioned seats at Marciano’s new house.

Many people could not believe the luck that the former ice cream vendor struck and the generosity of Pacquiao for giving him a house and a new job.

Facebook user, Rey L. Billena wrote in Filipino, “He hit the jackpot! No one can compete against Sen. Manny’s generosity,” while another user Jio Marthi Manilay Gonzales wrote, “I got goosebumps, Ate Jen! I hope to meet MP too so I can take a picture [with him].”

Growing up, Pacquiao did not have much as a kid. He used to collect stale bread and heat it up to sell. Most of the time, he and his family only ate bananas and root crops since rice was too expensive for them.

Determined to get out of the poverty loop, the young Pacquiao then began to train as a boxer.

Due to his determination and hard work, he became one of the richest sportsmen in the world.

The former world champion later joined politics in 2010 as congressman of the district of Sarangani in May, 2010.