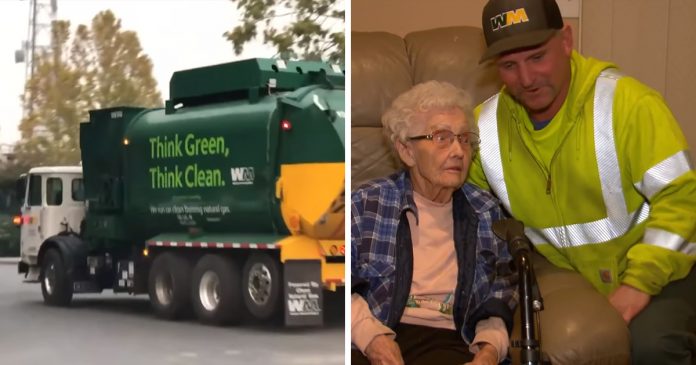 When a raging and deadly wildfire spread through Magalia, California last November, 93-year-old Margaret Newsum feared for her life as she had no one to turn to.

Newsum who lives in the town of Paradise, 180 miles northeast of San Francisco was stranded when the residents were told to evacuate as soon as possible as the wildfire turned into an inferno.

The old woman had no other family members in the area and her caregiver was not available for the day, leaving her alone and stranded at her home. 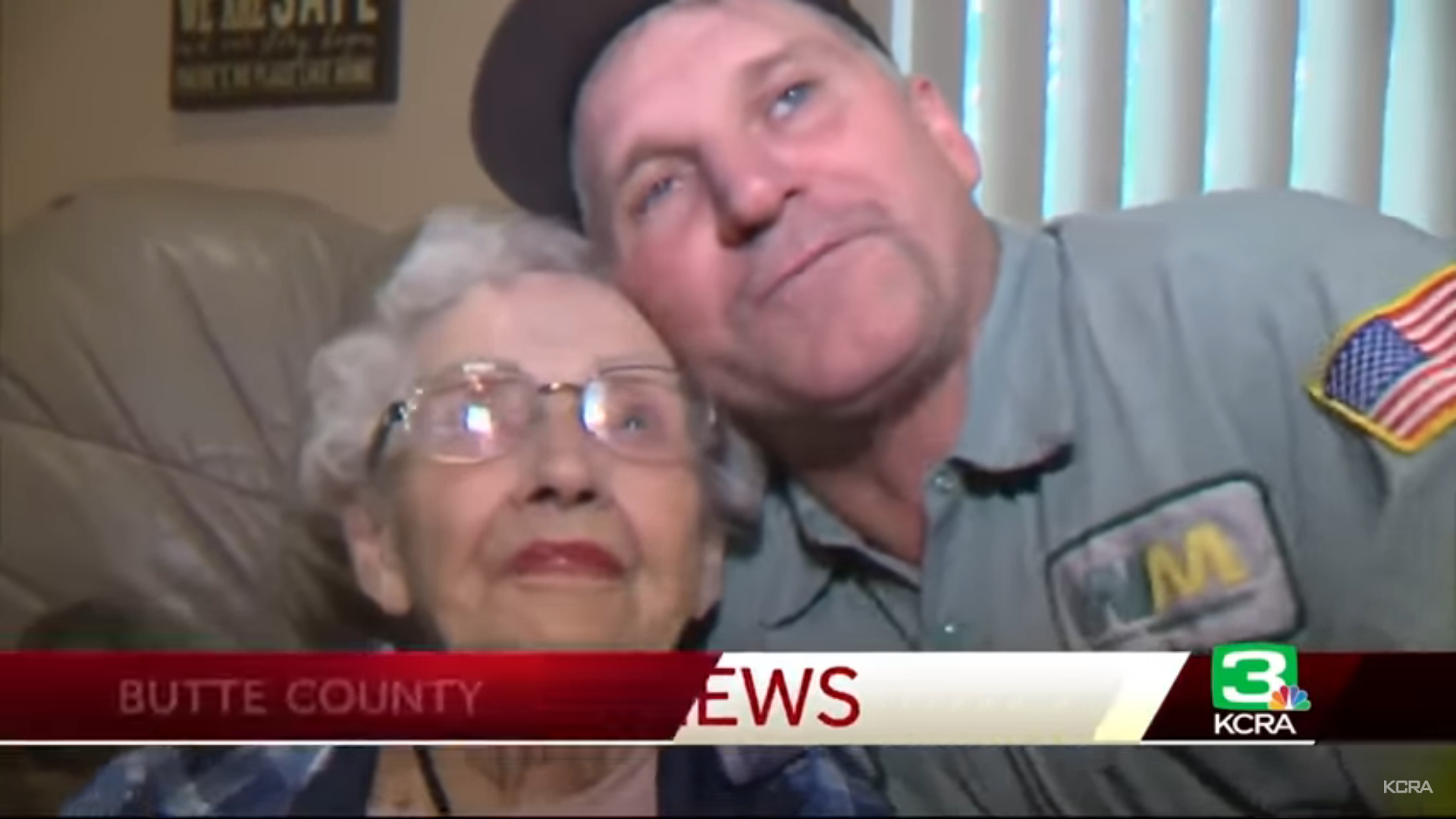 Nevertheless, Newsum later stepped outside and stayed on her porch, hoping that someone would notice and rescue her. That was the moment when her garbageman Dane Ray Cummings spotted her.

“I went out and was standing on the front porch when this great, big, green monster drove up, and my dear friend was emptying the garbage,” Newsum recalled. 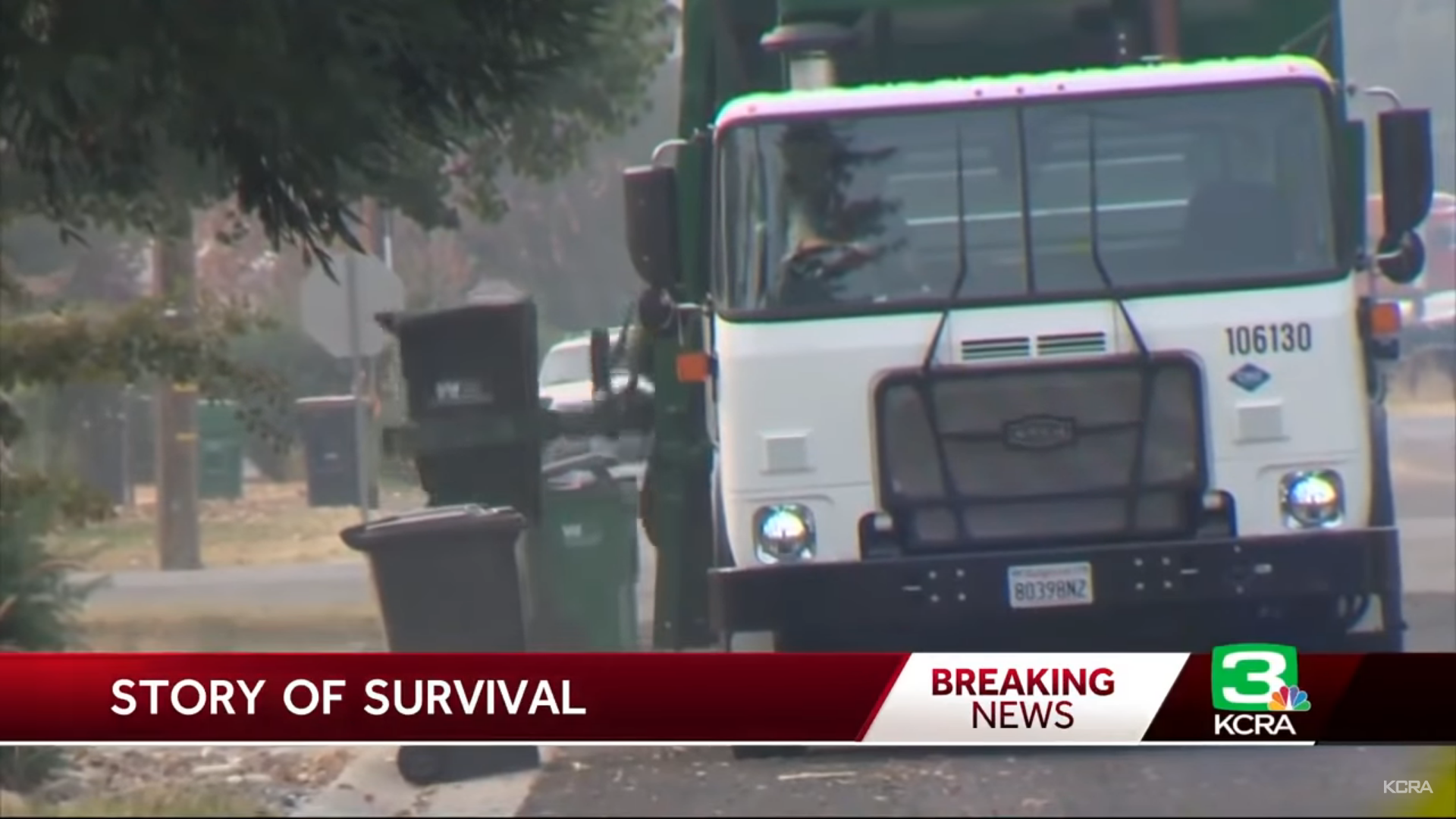 “He said, ‘You’re not staying here. You’ve got to get out of here. Why are you still here?'”

Earlier that day, Cummings was told to cut his route short and go home as the wildfire was fast-moving but he responded that he wanted to check the neighborhood area as he knew that many older residents live in Magalia.

Apparently, Cummings’ thoughtful act later helped save those elderly residents who were also stranded in the area. 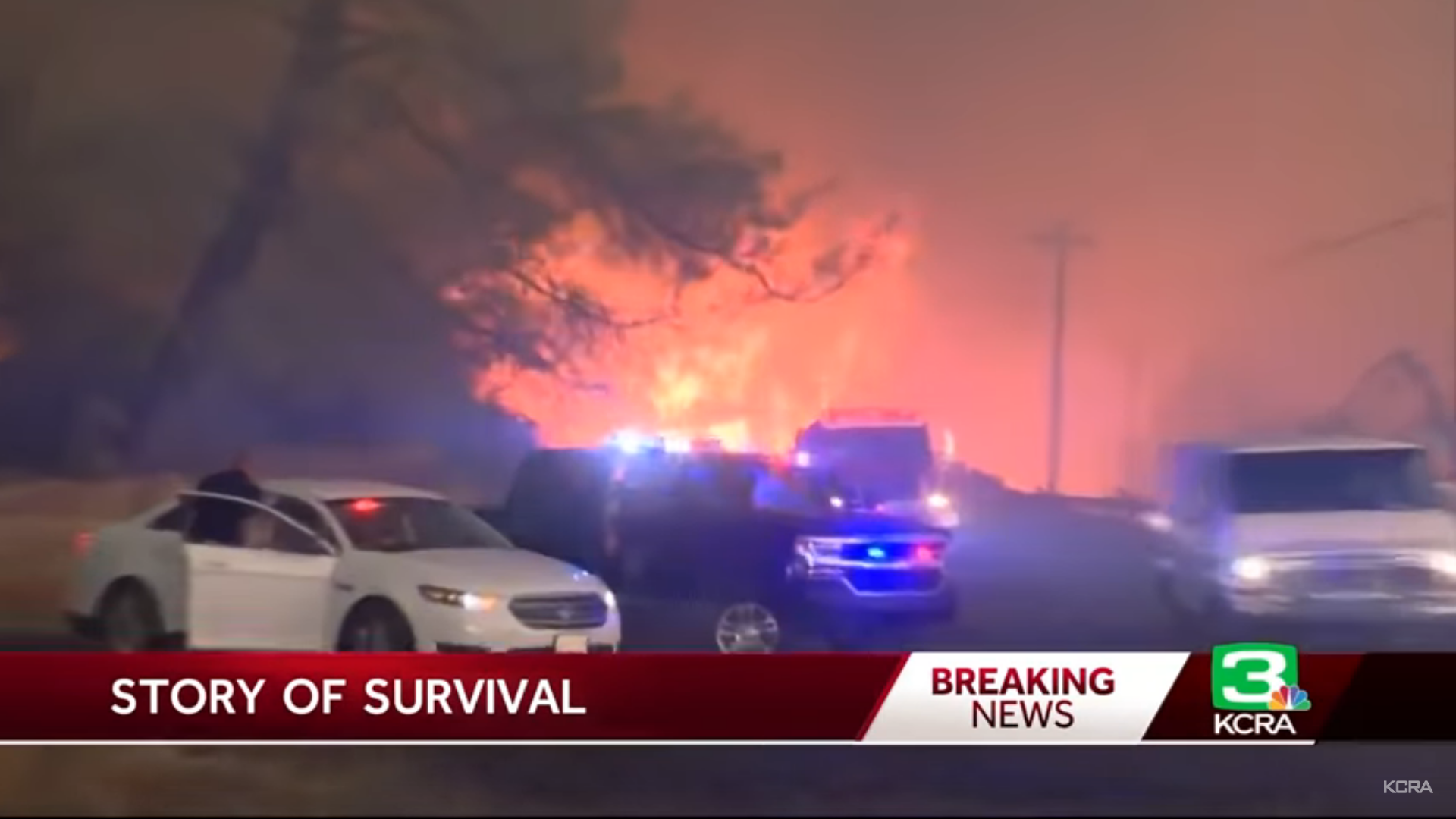 “I been on that route eight years, and I just picked the people that I knew were older, and I tried to stop and help them and let them know that they were coming and make sure they were getting out,” he said.

Fortunately, the fire did not reach Newsum’s home but the incident has brought the two of them together. 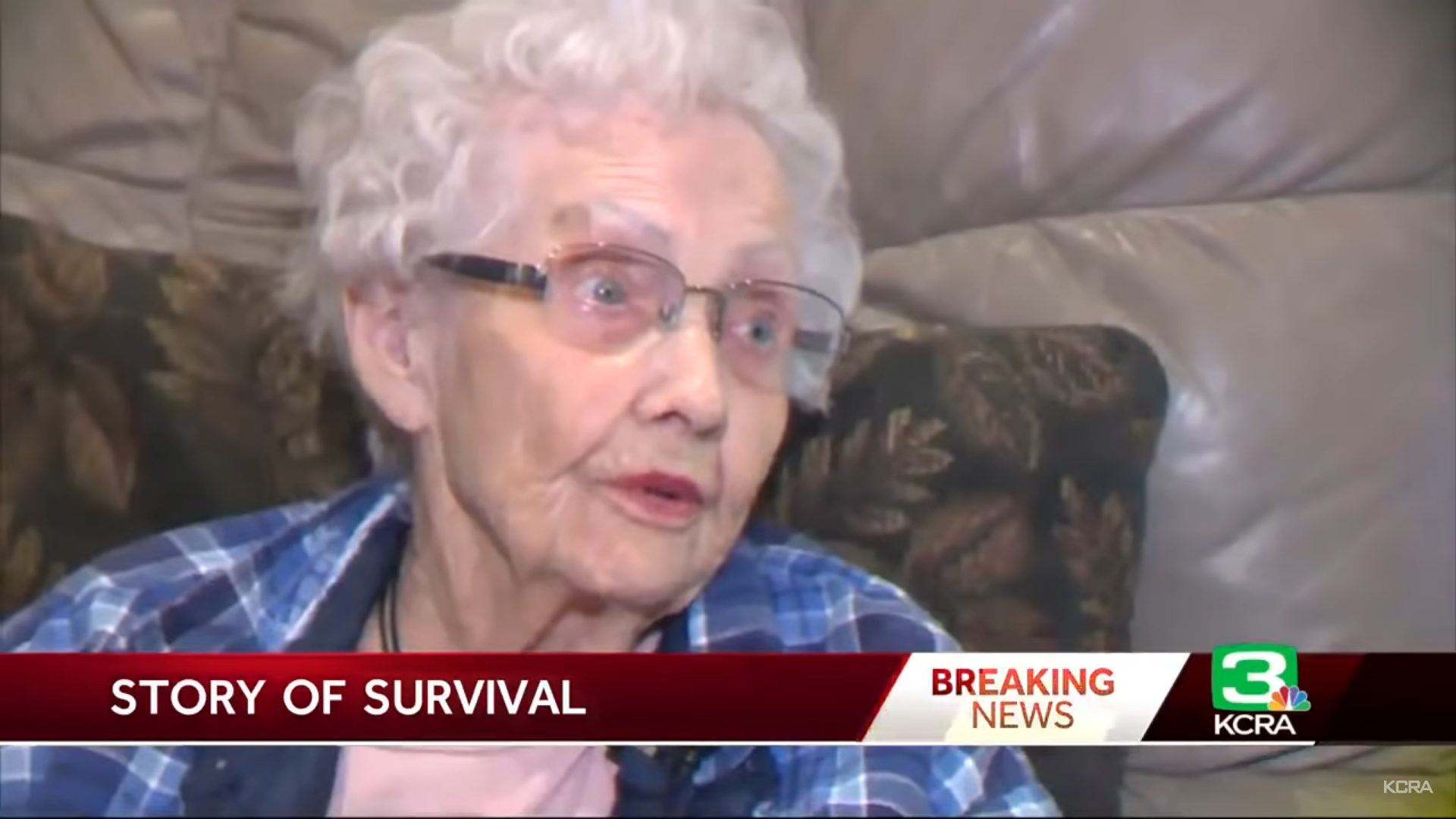 “Things may not work in the way you want, but you have to have faith, and get good friends. They’re such wonderful people.”

Watch the full interview of Newsum and Cummings in this video here.

Brave cyclist risks her life to rescue runaway dog in the...

Woman from China raised 87 orphans for over 40 years all...