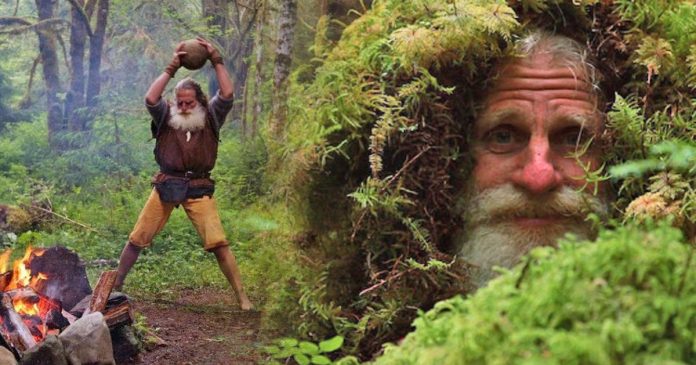 Mick Dodge once lived a life just like everyone else. He had a good job as a heavy equipment mechanic, owned two houses and several cars. His life was comfortable by the standard of living but he still felt like there was something missing in his life.

One day, Dodge decided to leave everything behind and walk to Hoh Rainforest in the Olympic National Park, a place that is close to his heart. Descended from Scottish-Irish ancestry, Dodge’s great-great grandparents were the first ones to settle in the rainforest.

“One day I just grabbed my gear and just walked on back here in the mountains,” he told National Geographic.

Even though he had no easy access to clean water and food, Dodge stayed and accepted whatever the rainforest had to offer. He sleeps in the likes of tree stumps and caves.

Apart from the drastic lifestyle change, Dodge also decided to go barefoot in the thick rainforest. While it may sound strange to most people, Dodge, however, has his own reasons.

According to him, going barefoot has helped cure not only his hammertoes and plantar fasciitis (heel pain), but also back pain, neck pain, and heart pain.

He has been walking barefoot ever since he entered the rainforest.

It has been more than 30 years since Dodge left the modern world and started living in the rainforest as a forest-dweller and a nomad.

When asked whether or not he ever missed the civilization, he said that he didn’t miss it at all.

“I don’t miss it. There is no way to get away from it. So I developed a physical fitness practice in how to step in and out of it, stepping out of the walls, machines, electronics, social babble for a while, ground back into the natural flow of the land, and then go back in,” he told Mother Nature Network.

Even though the life in the rainforest is apparently tough without all the modern gears, to him, it is not difficult.

“It is an adventure and I have never had to deal with diminished food sources. I just follow my feet. There is not much that I do not eat,” he explained.

“I am an omnivore, able to eat a wide variety of food, which also means that I learned how to become a scavenger and allowed the hunger in my belly to guide me into discovering all kinds of food,” he further said.

Even when he falls sick, Dodge would just drink glacial water as a cure. “I found during those times when I had been around people from the city, I would catch some kind of cold or flu.”

“I would enter back into the Hoh and drink the water and soak my entire body in the glacial water.”

According to Dodge, to say that he appreciated his new lifestyle was an understatement.

“One of the ways that was taught to me on one of my long gated wild quests was to break free of the polarization of the modern world. People are always trying to put you in box,” he said to Mother Nature Network.

“By getting some distance from the comforts, habits, physical structures like shoes, machines, walls, electronics, I find myself seeking out what makes sense, what fits, and integration of the wild and tame make sense,” he concluded.

Watch more of what he has to say about life as a nomad in the rainforest in the video below.

Selling food on streets to help her mother earn money at... 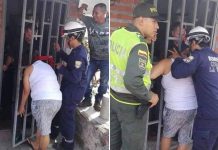 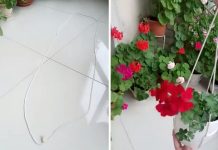 This is the simplest and budget-friendly DIY hanging pot planter you... 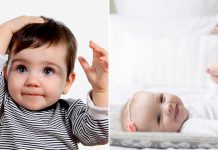 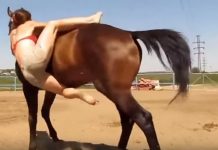