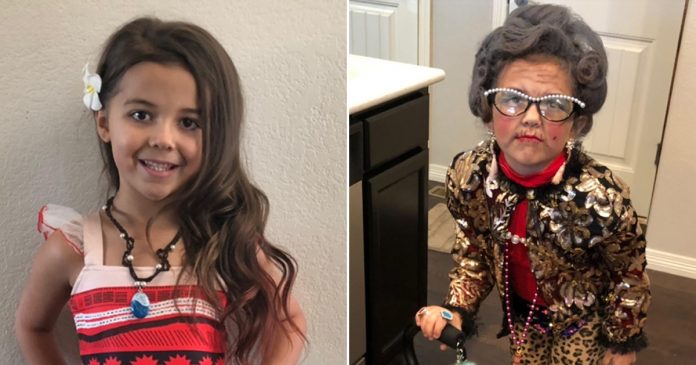 What is better to celebrate the 100th day of kindergarten than dressing up as a 100-year-old grandma?

Apparently, one 6-year-old girl came across the extraordinary idea as she was planning for a costume to celebrate her 100th day at the kindergarten.

So, she dressed up as a 100-year-old grandma complete with full makeup, cat-eye glasses adorned with pearls and even a walking stick!

The creative little girl’s father wrote on Reddit on how the idea turned into a reality.

“My wife and mother-in-law get the credit for this one, they did all the work.”

From an adorable 6-year-old kindergartener, the girl completed her transformation into a centenarian fancy grandma.

She also had bright blue eye shadow, rosy cheeks, and obvious wrinkles on her forehead and around her lips.

“She did attempt an old lady voice, it could use some work though.”

“Her friends and teachers loved it, she got a lot of attention in class that day. The cafeteria ladies were obsessed with her, and her friends were all gathered around her first thing in the morning like she was a zoo exhibit.”

It did not take long before her costume became a hit on social media as well.

“My wife thought it was funny and asked me to post this, so here we are,” the girl’s father wrote.

Apparently, it was not the first time the girl made such an extraordinary request.

“She does like costumes from time to time, especially for Halloween. This last Halloween she was a genie floating on a magic carpet. The carpet was made to look like it was floating and look like she was sitting on it,” her father said.

“When she was 3, she decided on Princess Darth Vader and she wanted us to dress up like mommy Vader and daddy Vader for Halloween.”

Nevertheless, behind all the ‘wrinkles’ and the Darth Vader mask, there is an adorable 6-year-old girl.

Here how she looks like without makeup and costume

Loyal dog kept staring and would not move an inch from... 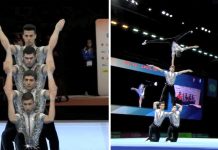 Israel team stuns everyone in the 2018 World Acrobatics Gymnastics Championship... 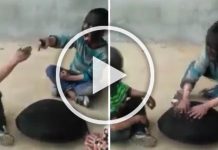 These children developed a unique game of rock-paper-scissors—you will sure to... 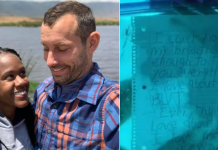