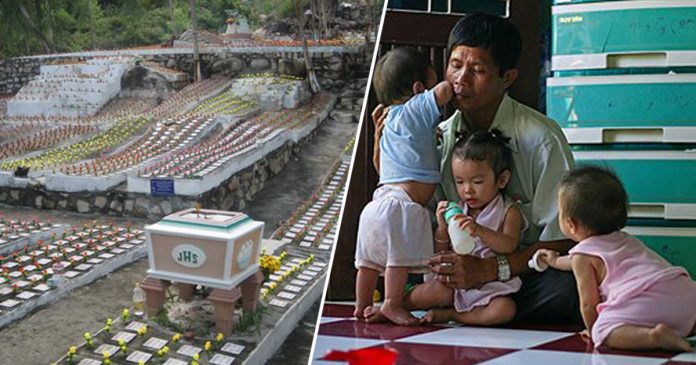 People often did not give enough attention and proper funeral to aborted babies. But this man in Vietnam called Tong Phuoc Phuc dedicated his life to give a proper send-off to aborted babies. He has respectfully buried more than 16,000 babies and now decided to take action and save babies from being aborted.

Heartbroken by the ugly reality that took place upon his eyes, Tong asked for all the bodies of aborted babies to give them a proper burial.

Tong, who is a former construction worker, used up his savings to buy a land atop a mountain in Hon Thom, located in Nha Trang of central Vietnam. He wanted a peaceful location to lay the babies to rest.

Tong retrieved corpses from hospital with help of charity volunteers and then gave those thousands of babies a proper burial.

“Over 12 years I built three cemeteries, containing some 16,000 graves,” said Tong in the documentary Tough Love.

After doing this for quite some time, Tong was thinking that he should not just accept the babies being aborted but instead try to save them and give them another chance at life. If a pregnant lady didn’t want her baby, Tong will offer to raise the babies himself. As many of the ladies are young women, Tong first persuaded and advised the ladies not to make decisions that they will regret later on.

Tong opened an orphanage in Nha Trang City and emphasized that he only wanted to take care of the babies. He managed to save hundreds form abortion and raised them all in his orphanage.

He raised them all like his own and stated that if one day the parent wanted their baby back, they only need to say the word.

Tong’s operation is not a registered orphanage, which means he can’t put any of the children up for adoption. Even if he could, he shakes his head as his only goal is to unite the children with their mothers.

Currently, Tong raises 20 children in his Nha Trang home just like his own and 50 more babies are being raised in his second home in Cam Ranh with the assistance provided by a local church.

“I’m getting more and more help. Some people help me with actions, others bring things, rice and salt, for example. Others give money for educating and sheltering the children, to allow me to continue my work. I put my heart and soul into this,” said Tong.

Tong is now a father to hundreds of children.

Thanks to Tong’s good heart and care, many children are alive and healthy today.

Watch his amazing story in this documentary: 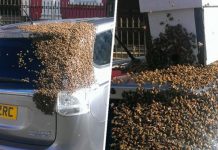 20,000 bees follow a grandmother’s car for two days—experts found out... 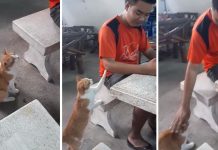 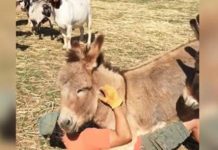 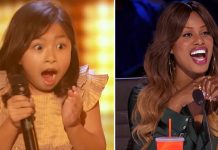 Nine-year-old Celine did it again in America’s Got Talent and even...