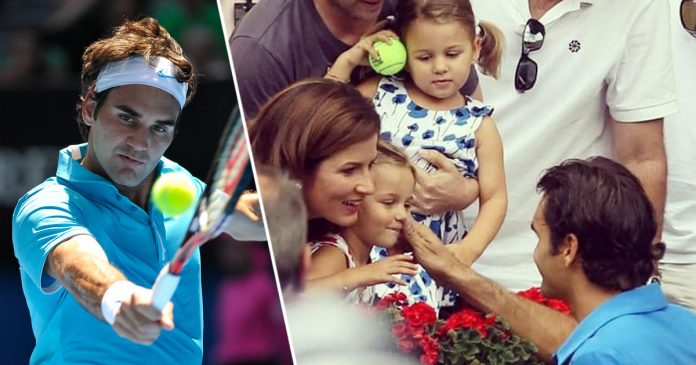 Roger Federer has become a name synonymous with the sport he competes in which is tennis. He has been called the greatest athlete of this generation and remains a devoted family man.

He takes his wife Mirka and his two sets of twins with him when he goes to compete in various countries. He spends a majority of the year away from his home in Switzerland but does not feel homesick when his family is with him.

Federer met the former Women’s Tennis Association player Miroslava (Mirka) when they were both competing for Switzerland in the 2000 Sydney Olympics.

Mirka retired from the tour in 2002 and the couple married in 2009 surrounded by close friends and family members.

The Federers then had two sets of twins. The now 9-year-olds Myla Rose and Charlene Riva as well as 4-year-olds Lenny and Leo.

It's the year 2030 and Roger Federer's twins have just wrapped up both doubles titles. #Wimbledon pic.twitter.com/lzqe1S0UsY

Federer has said that his family will always be his priority and for that reason, he does not mind “changing a ton of nappies” in between his matches if it means he gets to be close to his wife and children.

He said, “I refuse to leave the bed with my wife. We always wanted to have kids but my dream was to be with her and not in another bedroom on another floor.”

“I’d rather sleep with the kids screaming than away from my wife,” says the tennis star.

“I like to be among people,” says Federer. “The greatest joy for me is when I stay with my family.”

Singaporean bus driver finds USD$29,000 worth of money left behind by...