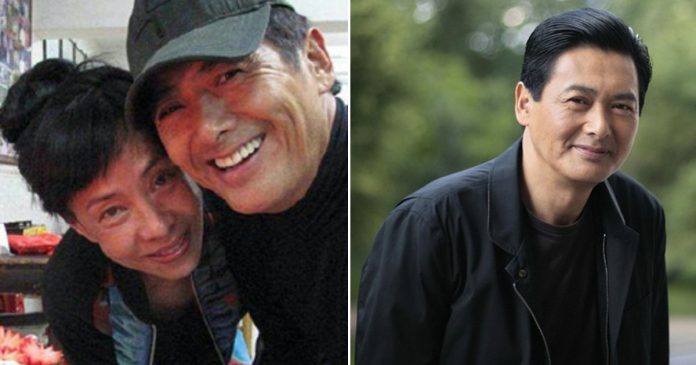 Chow Yun Fat encounters many beautiful women in the industry, but he knows that Jasmine Tan is the one he really needs. When marriage often doesn’t really last long among celebrities, Chow and his wife seem to ace it effortlessly.

Being married for over three decades, the Hong Kong actor’s marriage that lasted for 33 years almost did not happen. Chow had a one-time romance with former actress Idy Chan and short-lived marriage with Candice Wu that lasted just nine months.

Because of his previous failed relationship, the traditional man lost his confidence in marriage.

And that was when he met Jasmine, a doted daughter of a wealthy Singaporean businessman. The Singaporean revealed that she first started dating Chow in the mid-80s and their relationship was not like any others. When man usually reassured you of their love, Chow had repeatedly told Jasmine that he will never marry her during their courtship.

“You must remember something, I will not marry you,” said Chow to Jasmine.

Some women would definitely walk away if their boyfriend told them things like that, but Jasmine did not.

Even though she didn’t really have a good impression on Chow as she heard many negative rumors about him, she found him rather charming and attractive.

“To me, when you love someone, it is unconditional. You shouldn’t think too much about things. Why must you let such things weigh you down?” said Jasmine on why she didn’t walk out of the relationship when Chow clearly told her he will not marry her.

Although born in Singapore, Jasmine moved to Hong Kong in her early adult years to help out with her father business and at that time she get to know Chow from a friend. After Chow called from Changi Airport one day asking Jasmine to have a meal together and Jasmine sends him off the airport the next morning in slippers and uncombed hair, their relationship kicks off.

“Since that moment until he arrived in Hong Kong, Chow would call me and write postcards to me every single day. Crazy right? He called me two to three times a day,” told Jasmine who still keeps all the postcards at her Singapore home.

One day she followed him to New York for his on-location filming for An Autumn’s Tale. On a usual evening after late-night filming, when Chow knew he would have a day off thereafter, he suddenly said something unexpected to Jasmine.

“Why don’t we get married?”

The next day, without any fancy rings, flowers, nor extravagant ceremony, the couple got married in New York. Till today, Jasmine never questioned why Chow decided to marry her. Being married to a celebrity, Jasmine had to deal with haters commenting her ordinary looks but Chow immediately defended her.

“I’ve seen plenty of women who look gorgeous, so much so that they become run-of-the-mill. Now, I choose my girlfriend based on inner beauty.”

Even to Chow’s group of friends, Jasmine is an amazing woman and they had nothing but praises for her. Just like how Chow loves her, Jasmine cherished her husband just as much, if not more.

“The best gift from the heavens in my life is to have the fortune to be the wife of Chow Yun Fat,” said Jasmine.

After more than five years of marriage, the couple was expecting their first baby. The baby was due in a week’s time when Jasmine felt like their daughter was exceptionally well-behaved—she’s not kicking her belly. The couple consulted their doctor the next day but didn’t get much feedback besides asking Jasmine to be admitted to the hospital.

They rushed to St Teresa’s Hospital but it was too late. A scan revealed that the baby had been strangled by the umbilical cord. Saddened by the unfortunate incident, the doctor and nurses did not want Jasmine to bear the pain of pushing out a stillborn baby.

“The doctor says, let’s have surgery,” said Chow to Jasmine.

Despite the heartbreaking event, what Chow did to his wife after is just too beautiful for words.

“He stayed at my bedside for five continuous days. He didn’t go home and he didn’t shave. We slept together in the same hospital bed.”

It took Jasmine seven years to get over the pain of losing her baby and a lifetime to forget about it. After more than three decades of marriage, the couple remains childless after Jasmine’s miscarriage.

Ever since the incident, the couple has been helping out the needy and committed 99 percent of their assets and belongings to charity.

Turtles featured in the first Rocky movie are still alive—here’s a...

Johnny Depp is super friendly to his fans by trying to...