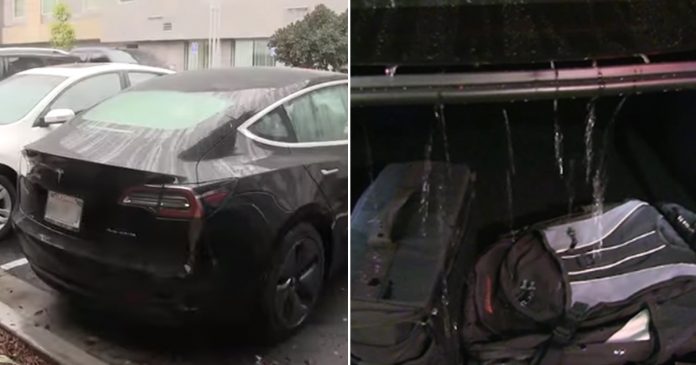 Throughout the years, a lot of inventions come to existence and this one American company based in Palo Alto, California is no exception. Specializes in electric car manufacturing and solar panel manufacturing through its SolarCity subsidiary, Tesla, Inc. is making a difference in the industry.

Dreaming of making the world a better place, the company comes up with the world’s most innovative car called Tesla. As for this year, Tesla has been selling its Model S, Model X, and Model 3 cars.

Over the course of years, the company has been accused of designing cars for the Californian climate for so many times. With this recent video uploaded to the internet, that could be the case, again.

The video was uploaded to YouTube by the owner of the Tesla Model 3 car, Bjorn Nyland. In the video, Nyland demonstrated how the world’s most innovative car actually has one major design flaw that was most probably overlooked by the engineers.

You never see it coming.

In the video, you can see that the owner is approaching his car under the rain and trying to open his car trunk. As Nyland opens the car trunk, the rainwater immediately gets into the inside of it and draining everything in there.

Demonstrating how inconvenient it is to use the car whenever it’s raining, the video has currently viewed for more than 600,000 times and received more than 800 comments. Looking at this, many agreed that rainy condition was not taken into consideration while designing the car and questioned the relevancy of the car.

His belongings are all wet just after he opened his car trunk.

To those living outside of sunny California, we can safely say that the shape of the trunk of this Tesla Model 3 is a total design fail.

A construction company invented a 3D printer that can print a...

Amazing inventions that reduces the workload of farmers and increases agricultural...