What were you doing when you were 14? Attending school, hanging out with friends, probably even developing a hobby or two.

Daniel Liu, on the other hand, is working as a researcher in the Organic Chemistry Laboratory at the University of Toledo, Ohio.

Daniel graduated from elementary school when he was in fifth grade. He specializes in mathematics and science and has completed a university-level chemistry course.

He got the attention of media worldwide three years ago where he was attending an advanced chemistry class where all of his classmates were more than twice his age.

In 2015, at the age of 11, he won the “You Be the Chemist” competition that was organized by the Chemical Foundation and had over 30,000 participants. He was reported to be the youngest ever to win the challenge.

What made Daniel the young American genius is when he was attending one of the university chemistry classes, he turned to the other student and told them, “If you have any questions, you can ask me!” It takes an overwhelming amount of confidence for an 11-year-old to encourage his classmates to seek his help if needed, especially when he’s the only 11-year-old in class.

This kid is 11 and in my organic chemistry class 😭 he said if we have questions to just email him pic.twitter.com/oz46on8ywP

The young boy is admired by professors and students alike. As a matter of fact, children under 12 years old are not allowed in the laboratory due to safety regulations. However, Daniel at 11 years old, made such a good impression on his parents that they agreed for him to join the research team.

At age 13, he has co-published three research papers about developing environmentally friendly pharmaceutical drugs and pesticides.

Despite being a science genius, he is now still a 14-year-old at heart, says his lab members. He enjoys engaging in conversation with people and takes responsibility in maintaining the lab’s cleanliness.

Unsure if he can take in another dog, man completely breaks... 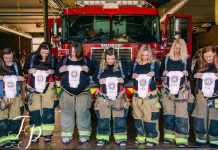 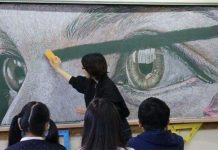 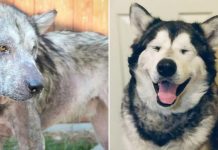 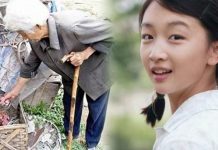 Tenant helps mistreated old lady who lived with her and is...