Bubble tea has quickly become one of the quintessential elements of modern millennial lifestyle that most youngsters cannot go a day without.

However, one girl had learned her lesson for moderation through a not-so-pleasant boba experience. On the evening of May 28th, Xiao Shen from Zhejiang province in China was rushed to the hospital by her parents.

She had been complaining of her excruciating stomachache and restricted bowel movement for five days prior.

She was administered a CT scan by Dr. Zhang Louzhen and the result came out shocking for all parties.

They discovered that her gastrointestinal tract from the stomach, intestines to the anus was lined with round, granular shadows; which later on proved to be the ‘pearls’ from milk tea that she could’ve consumed.

What’s worse was that there were more than hundreds of them sitting along her colons all the way to her anus. When asked of her last bubble tea consumption, the 14-year-old answered that it was five days ago.

However, Dr. Zhang affirms that she must have been drinking the beverage on a regular basis. It’s impossible for that many pearls to stay undigested in her body over just a one-time consumption.

She was probably afraid of getting backlash from her parents for drinking pearl milk tea regularly so she didn’t disclose her actual intake. The girl was given laxative to help pass the pearls from her body.

Pearls or bobas found in milk teas are not easily digestible, says Director He Yuling of the People’s Hospital of Zhuji City.

The chewy balls are generally made out of tapioca starch to give them extra chewiness. Some manufacturers even add thickeners to enhance the taste and eating experience, which makes it unhealthy if consumed routinely.

Bubble teas are addictive, yes. That being said, it’s best to take it only every once in a while.

Choose one of these six flowers to know your career, marriage... 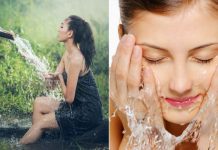 Which body part you wash first in the shower can reveal... 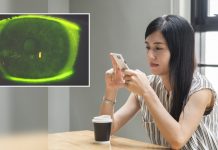 Woman has 600 holes in eyes after using phone on maximum... 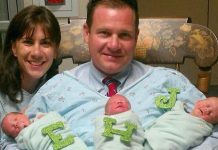