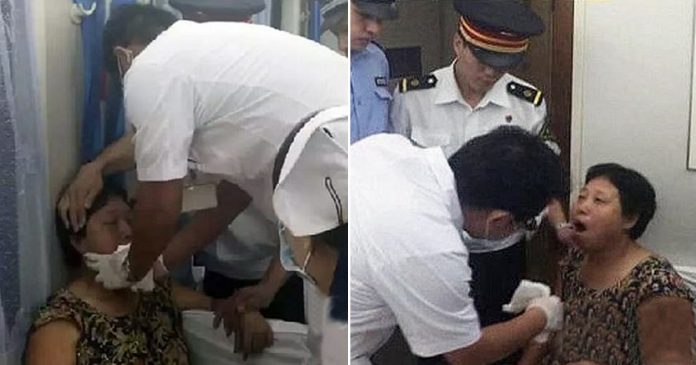 Laughter is said to be the best medicine. For one unfortunate couple, however, it leads to one of them being rushed to the hospital for medical treatment.

Mrs. Qiao and her husband were on a long train journey that spanned an entire 28 hours. They were on a trip traveling from Nanning to Qingdao City, Shandong. During the commute, they felt bored and began playing cards to keep themselves entertained.

It was going very well until the wife heard a loud ‘pop’ coming from inside her mouth. Next thing they know, her jaw was locked in place and could not be moved.

According to Daily Mail, the husband registered the entire incident in detail. Mrs. Qiao was having so much fun laughing and screaming throughout the game as she was on the winning side.

At one point of time, her scream heightened in pitch as she was being dealt a good hand during the innocent game. Unable to contain her excitement, she opened her mouth so wide to express her luck but ended up hurting herself.

She was suffering from excruciating pain, which leads the husband to seek the train staffs for help. Thankfully, they agreed to rush the train to Guilin to the nearest hospital. Upon reaching, medical staffs were already waiting for her.

A quick assessment ensued to diagnose the severity of her condition.

The middle-aged woman was then brought to the hospital for further treatment. Two hours later, her dislocated jaw was finally put back in place.

The couple, who were in their 40s, thanked the train management for their timely help. It is unsure if they continued the journey or had returned back home after the unsavory incident.

What we do know is that though unpleasant, it was a trip they would remember for the rest of their life.

Flock of geese stuns Londoners by taking a leisure stroll around... 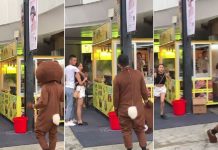 Man travels 1491 miles to surprise his girlfriend only to find... 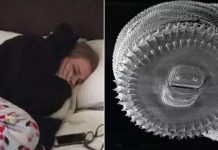 After vacation, this girl suffered from severe body pain for 6... 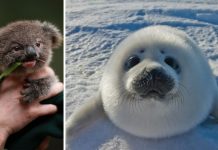 21 absolutely adorable photos of baby animals that will make you...