How often do we hear people in power getting on the ground trying to provide the best for the public? Chances are seldom to never. However, one Mayor of a town in Mexico has changed the perception with his unlikely social experiment.

Carlos Tena is the mayor of Cuauhtémoc in the state of Chihuahua.

Lately, he has been receiving complaints from the disabled and socially disadvantaged people regarding the mistreatment and disregard from public servants, including his staffs.

When inquired, his staffs denied the allegation, which leads to a two months detailed planning of his now-revealed disguise.

Carlos went undercover as a disabled person seeking help from the government.

He wore a black turtleneck, a pair of black sunglasses and a grey hat that covered half of his face, all the while seated in a wheelchair. He even had a bandage on his left ear, to fake an injury but also avoid being identified by his staffs.

His first stop was the Directorate of Social Development where he asked for a free meal. The socially disabled are legally entitled to that but his request was ignored.

Next, he visited his own office, demanding to speak with the mayor. After being told the mayor was not available, Carlos asked to speak with the Secretary of the City Council. He was rudely told off and asked to wait in the hallway for an hour and a half.

This was the moment of truth as Carlos took off his disguise in anger and disappointment, leaving his staffs in shock.

He further explained that now he has learned the truth and knew which party to believe in. He warned his staffs that he does not want to hear people being mistreated again or drastic measures would be taken against it.

Carlos has been long known for standing up for the socially disadvantaged and helping them within his means of power. Keep it up, mayor!

Dog stares out window every day for something but one day... 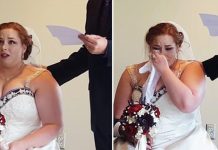 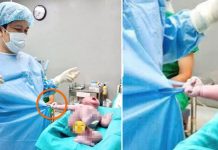 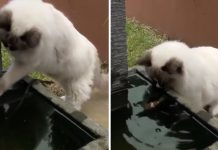