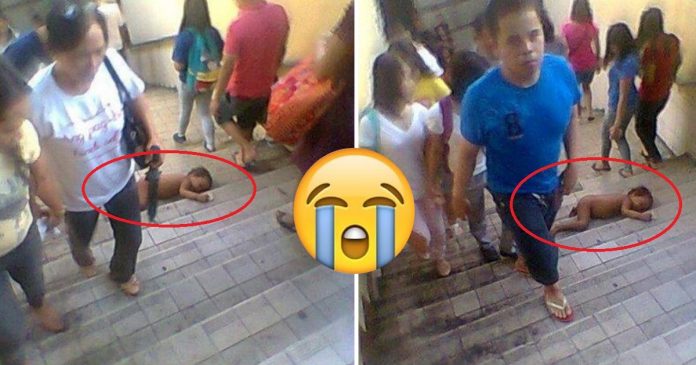 A naked baby lies alone, abandoned on a dirty public stairway at the Manila city hall underpass. The general public just walked past the baby as if they didn’t see him there.

These shocking old photos were shot by A.J. Laberinto from Manilla in May 2014, but still serve as a reminders for all of us regardless which country you are from. The photos show that people’s hearts were not moved, no-one cared—neither of these citizens stretched out a helping hand nor did they care if he was alive or not.

This is a real sad case, and there are many similar occurrences around the world where people are not willing to help the less fortunate people. What could be the reasons? We should be thinking deeper to find out the root cause.

Below photos are taken by A.J. Laberinto: 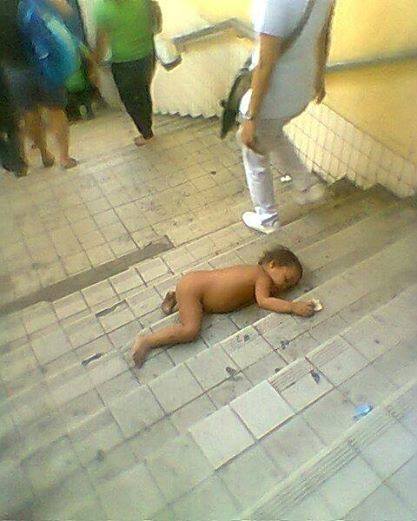 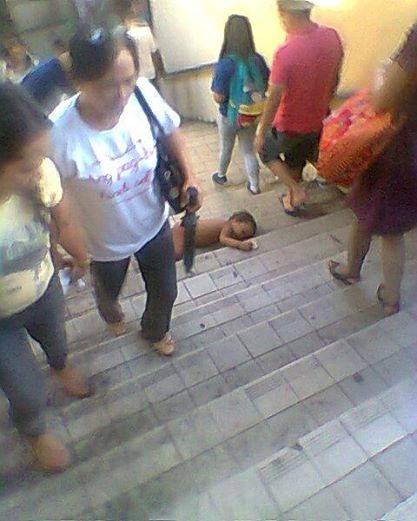 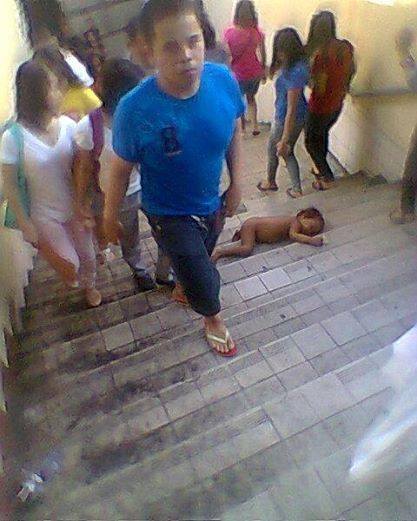 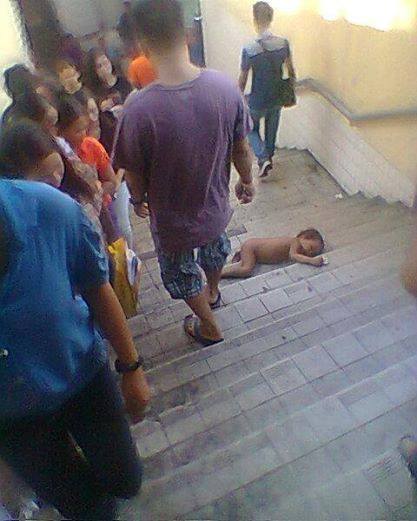 “There I was, camera–celfone rather, in hand turning around the corner when I saw the child. You see, only recently I’ve been taking pictures of whatever sight was in front of me strolling around Manila though not that many. So there I was, and for several seconds the baby lay there on the floor not dying but rather sound asleep. The passers-by having seen too many too much of street children and beggars knew already how to react: they just walked away. After having finished taking the photos I then asked some familiar faces in the crowd, people who actually lived near those stairs, as to where the parent of that baby was. Lo and behold, a woman somewhat bedraggled with dirty clothes on showed up and immediately carried the baby away. All of this in a span of seconds. I bought the child food, by the way, four days ago and he’s still living in the streets the very bed to sleep in he ever knew.“

How sad, what has happened to us? Have we become so callous and cold-hearted? Let every one of us help try and pick up the pieces, always remembering that charity starts with ourselves. Let’s open our own hearts to the helpless and vulnerable members of our communities.