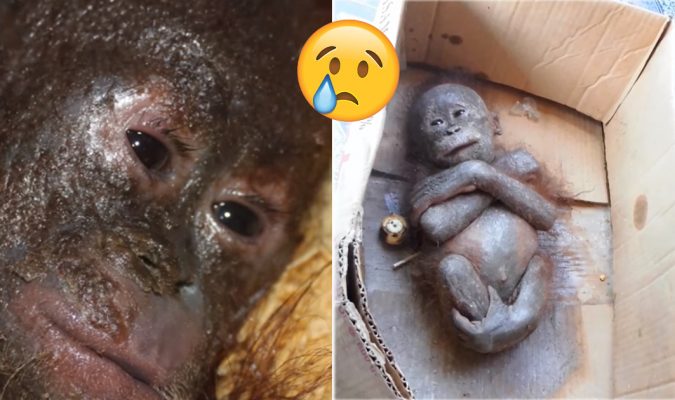 Gito, a 5-month-old baby orangutan was found dumped in a filthy cardboard box which soaked with urine. 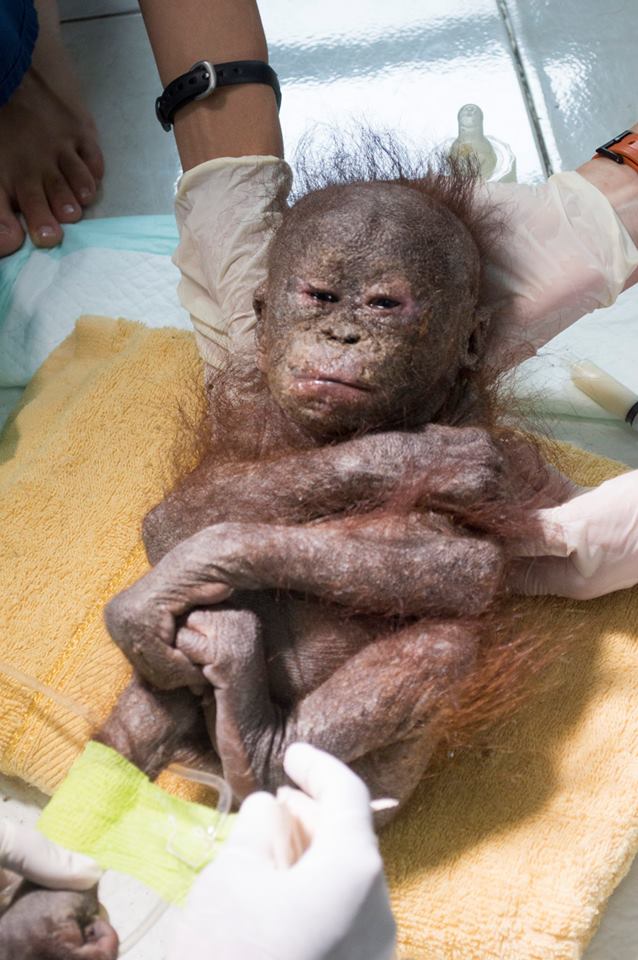 Gito was near death in an almost mummified state, with no protection from the sun. In fact, the rescue team had regarded it as deceased at the moment of discovery, and reported as “one of the most shocking cases of animal cruelty and neglect” they had ever encountered. 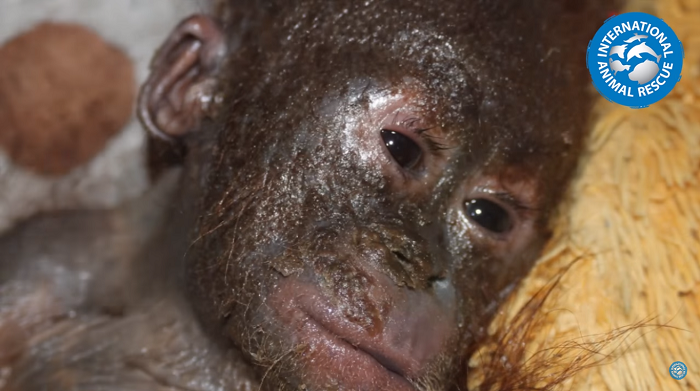 Gito’s mother had been killed by poachers, and the orphaned Gito had become a pet of a West Borneo village chief. The only food he was given was condensed milk. 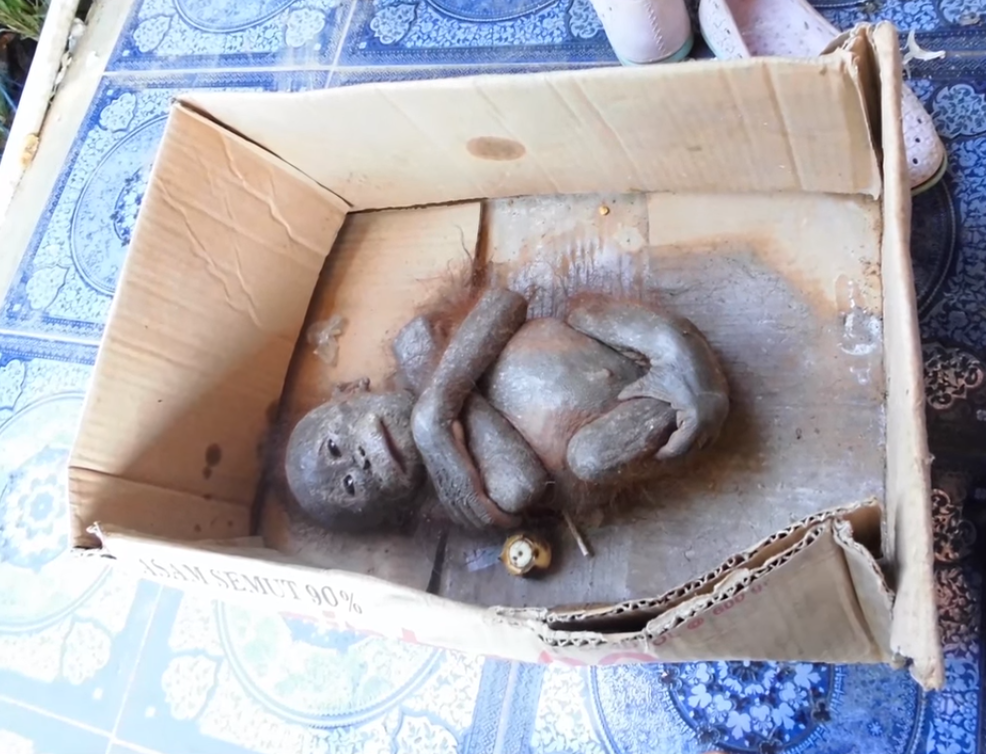 “He was lying corpse-like with his arms folded across his chest and this, along with a lack of hair and grey flaking skin, made him look almost mummified in his cardboard coffin,” said an IAR worker. 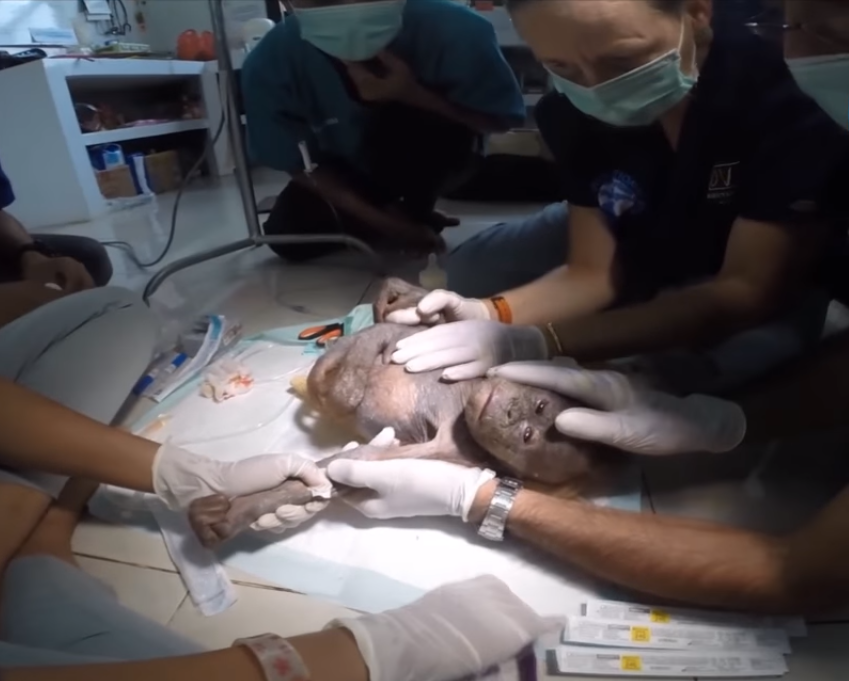 “Our team has seen a significant increase in the number of baby orangutans being kept as pets and some of them have only recently been taken from the wild,” said International Animal Rescue (IAR) head Alan Knight. 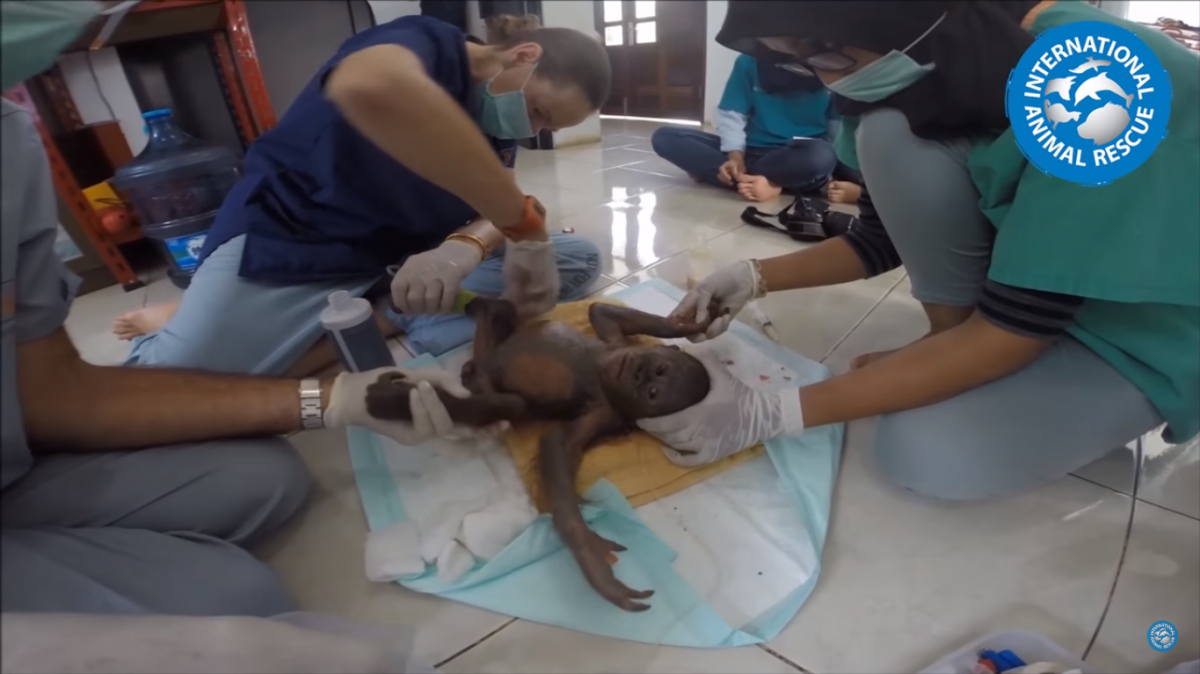 Rescuers gently carried him on their motorbike, making an arduous nine-hour trip, to get him help. Gito was lucky to survive the journey. Staff there diagnosed him with sarcoptic mange, and he was in such a weakened condition he had to be supported to sit up. 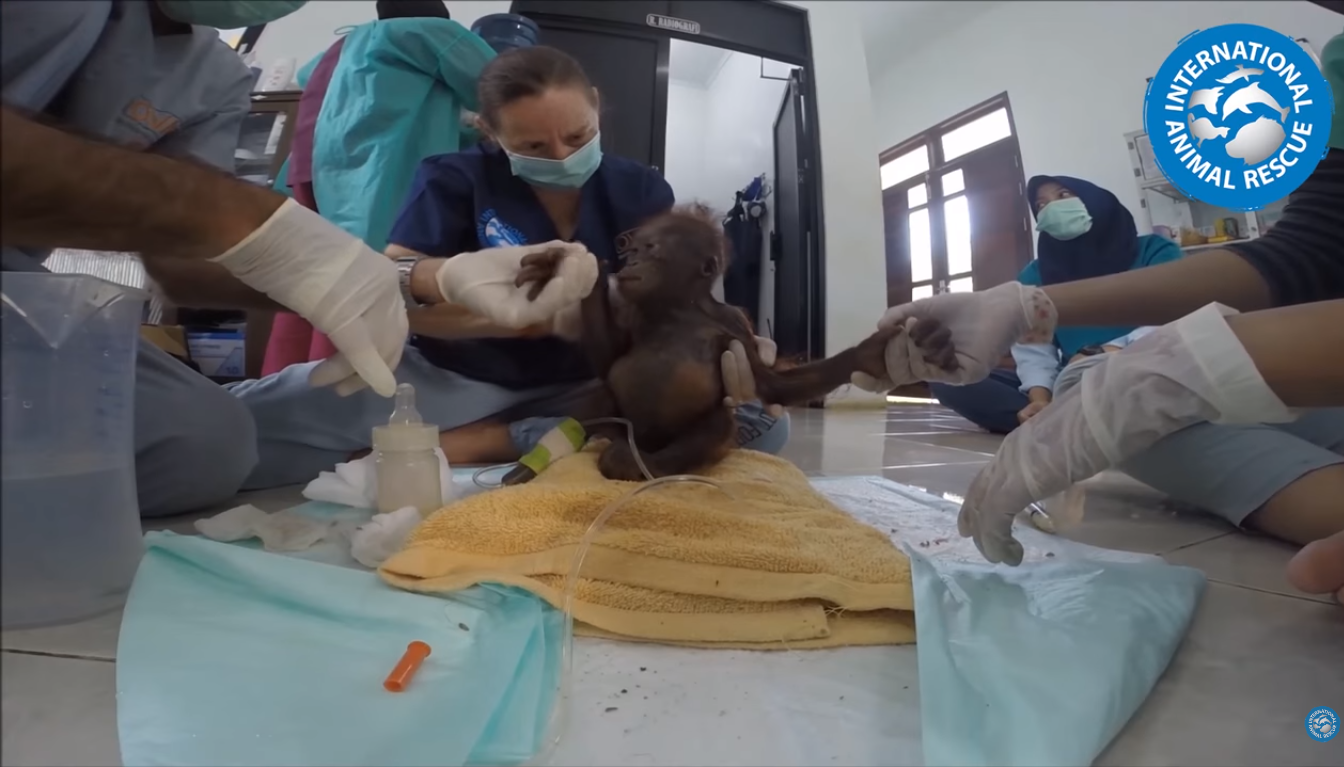 He was immediately given life-saving treatment, and coconut oil was massaged into his inflamed skin. 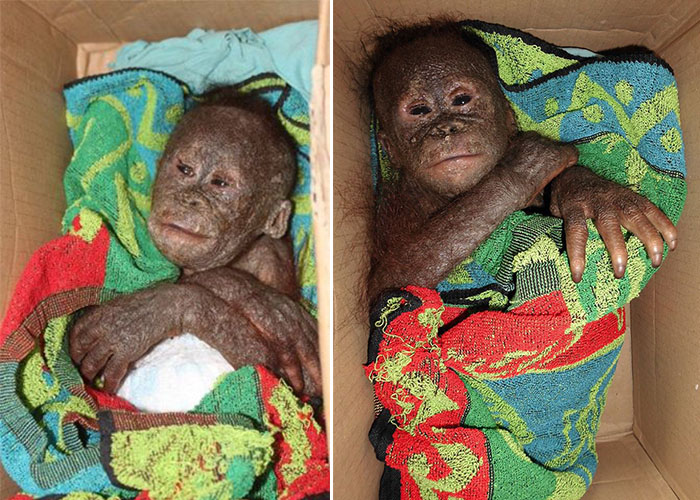 Gito is in good hands, and hopefully can make a full recovery, although he has a hard road ahead of him. Thanks to IAR for all the good work they have done!

Take a Stroll on the World’s Steepest Street Located in New...