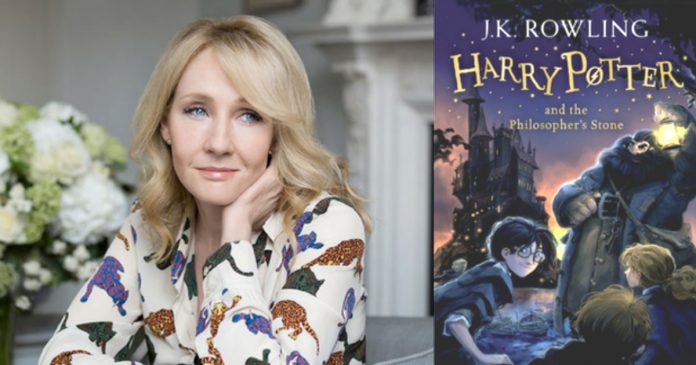 “When life gives you lemons, make lemonade”, a proverb that is extensively popular and widely used among societies these days. Even so, what exactly is the meaning behind this proverb? To brief, the proverb encourages one to be surrounded with positive vibes and thoughts even when facing the most dreadful times. Everyone has their ups and downs in life, including successful people that is portrayed to be living their lives as per on television. However, everyone has their own story.

A prominent English author known for her popular Harry Potter series that mesmerizes people all over the world, J.K. Rowling, is one of the wealthiest women in the world to date. She was named the richest author in 2017 by Forbes, thanks to her sensational sales of Harry Potter and the Cursed Child. It sold more than 680,000 print copies in the UK in the first three days.

However, despite all of her success and fame, it was not an easy path for her to get to where she is now. She went through so many challenges that life had agonizingly bestowed upon her.

Born in Chipping Sodury on July 31, 1965, Rowling described her childhood as a happy one even though she did recall being teased at because of her surname – Her partly ingenious school friends used to called her “Rowling pin” as they ought to appear humorous.

But truthfully, Rowling herself was not a huge fan of her surname and had always fond the name Potter from a very early age. She went to a primary school in Gloucestershire before moving to Chepstow, South Wales when she was 9 years old. Her passion for writing had emerged since she was young and she had always wanted to be a writer.

Growing up as a teenager however, Rowling described her life at the time to be a total opposite to when she was a child. Living in Grade II listed cottage in Gloucestershire, she was saddened by her experience witnessing her mother’s 10-year battle with multiple sclerosis, which ended up taking a toll on her and the family. She also had a strained relationship with her father.

On New Year’s Day in 1991 when Rowling was 25, her life went darker as she faced the loss of her mother. She described the day as “traumatizing”. It happened six months after her first realization of “Harry Potter” on paper. This excruciating event in her life caused her to make the character Harry Potter bear the pain from the death of both of his parents.

Rowling included the character Dementors in the Harry Potter series out of the element of depression, in which Rowling was clinically diagnosed with. She also continuously worked until late hours and caused her to be insomniac.

It was after her mother’s death that Rowling moved to northern Portugal in hopes to get a fresh start and took a job as a teacher of “English as a foreign language”. She met a man named Jorge Arantes and right away fell in love with him. Soon after that, she became pregnant and moved in with Arantes, which at the time was living with his mother.

Sadly, the couple miscarried but was determined with their relationship and ended up getting married in October 1992. Less than a year after, Rowling gave birth to a daughter, which they named Jessica.

The marriage between Rowling and Arantes lasted for almost 13 months. Being abused and always encountering fierce arguments, Rowling ended up thrown out of the house. She then lived in Edinburgh, Scotland, where she only had Jessica and three chapters of “Harry Potter” with her. 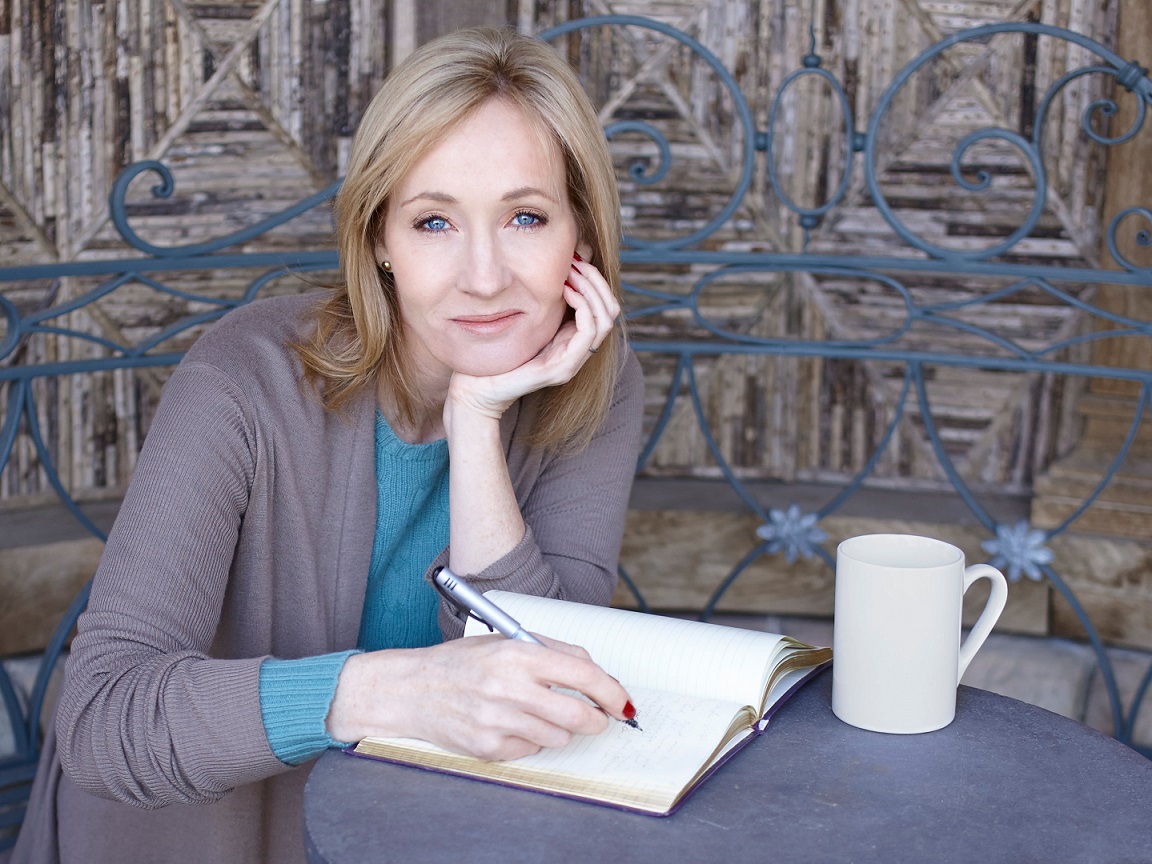 The mother and daughter lived in a cramped apartment. Rowling was not employed and she had very little money to survive for the both of them. Her depression worsens and she even considered suicide. It hit her that she had no choice but to focus on her writing. At the initial stage, Harry Potter was written mostly in cafés with Jessica sleeping in the pram next to her.

After the completion of the first Harry Potter book, it was not as smooth sailing as she thought it would be. Before being bid on by publishers to get rights for the book in the United States, she first received countless of rejections from book publishers in the UK. A publishing house in London, Bloomsbury was the only publisher that finally approved the book, which was in the year 1997.

Her first work that was listed as children’s best-seller in 1998, Harry Potter and the Philosopher’s Stone was the beginning of her success. Numerous publishers in the United States bid to attain rights for the book. This resulted with having the book to be the first highly paid children’s novel by publishers, which was $US100 thousand dollars. The series continued with two more books that too, were listed in the top three in The New York Times best-seller list alongside the first book in the series within the next year.

By July 2000, the Harry Porter series received prodigious response when the fourth volume in the series entitled Harry Potter and the Goblet of Fire, managed to become the fastest chart-topping book in history. For the fifth installment on the other hand, Harry Potter and the Order of the Phoenix, experienced a postponement on the release date but quickly received a lot of positive responses after hitting the market in the year 2003. 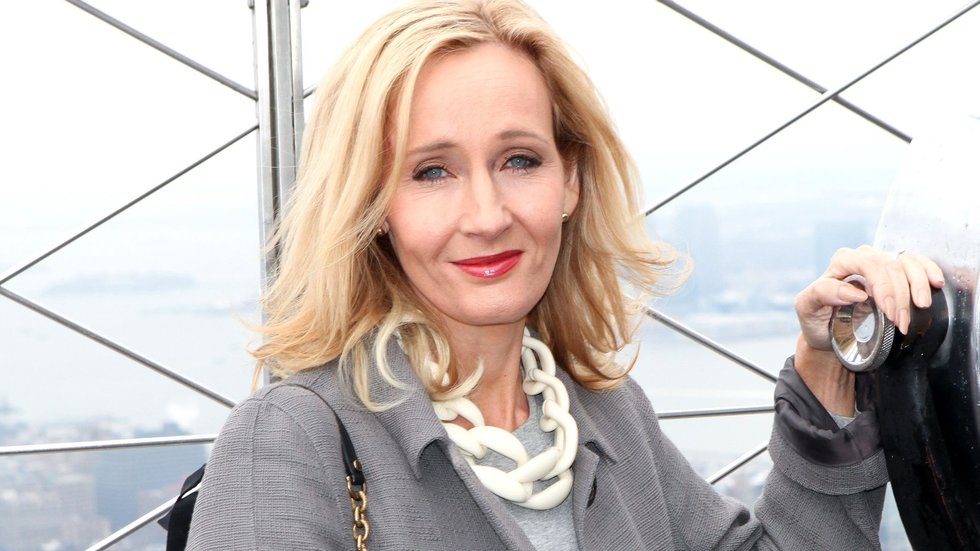 Harry Potter and the Half-Blood Prince, the sixth installment in the series made history for the largest book publication opening where it managed to be sold 6.9 million copies in the United States within the first 24 hours. Also, in 2007, the final installment of the Harry Potter series, Harry Potter and the Deathly Hallows, was noted as the biggest ever pre-ordered book at Amazon.com and Barnes & Noble and Borders bookstores.

In 2011, Forbes predicted that Rowling worth approximately $US1 billion. However, being a compassionate person caused her to be dropped out from the world’s billionaires’ list as she gave lots of her wealth to charity. But her title as the world’s top-earning author on the other hand, remains until today. Her struggles and sufferings that she went through during her early years of life was a catalyst that eventually shaped how her life is today.