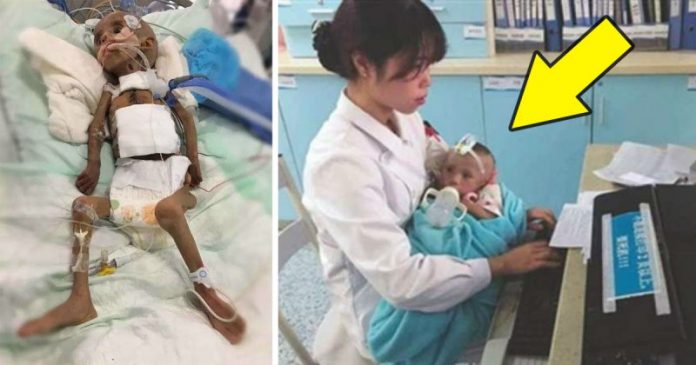 For those who are physically ill and hospitalized for a long period of time, health care workers are sometimes seen as “temporary mothers” because they take good care of the patients. Last year in September, a little girl named LunLun was hospitalized, her body muscle was atrophying. Besides, she also suffered from liver and respiratory failure, dizziness, systemic edema and malnutrition. Her condition was very critical. 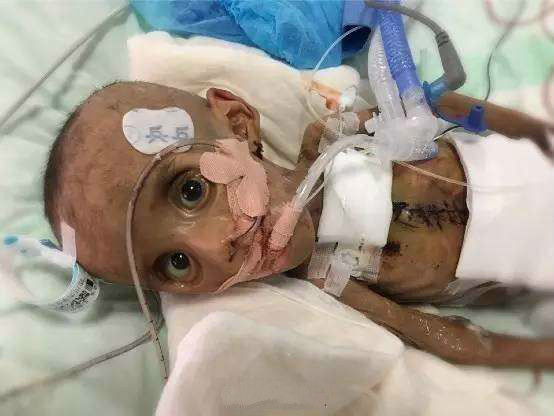 Soon after LunLun was born, her parents abandoned her and left her under the care by her grandmother. Grandma had no idea how to take care of this terribly sick kid and sent her to the hospital, her weight was only about 3 kg at that time.

Because of suffering from congenital heart disease, the doctor did two operations, one of which was very incredible, her wound had not yet sutured and her heart was beating in the air for 48 hours! 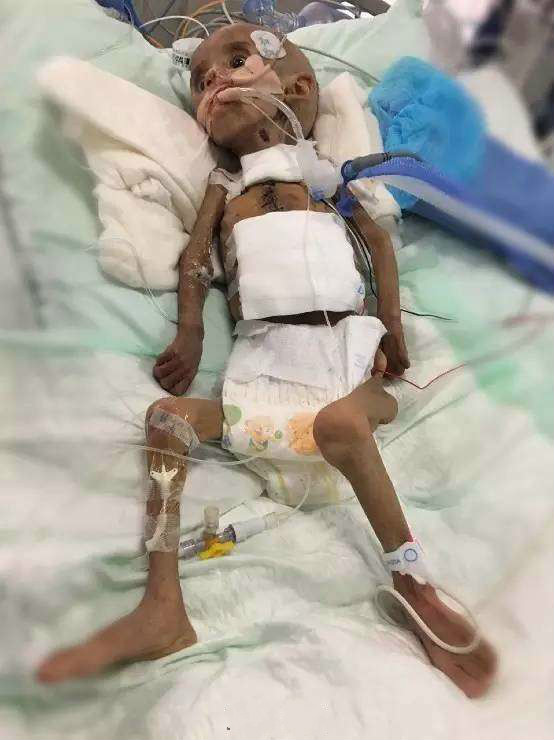 Fortunately, LunLun was very strong and she survived the operations. After discharge, her grandmother did not know how to take good care of her after the complicated heart surgery and she had no idea how to arrange the daily diet for LunLun. 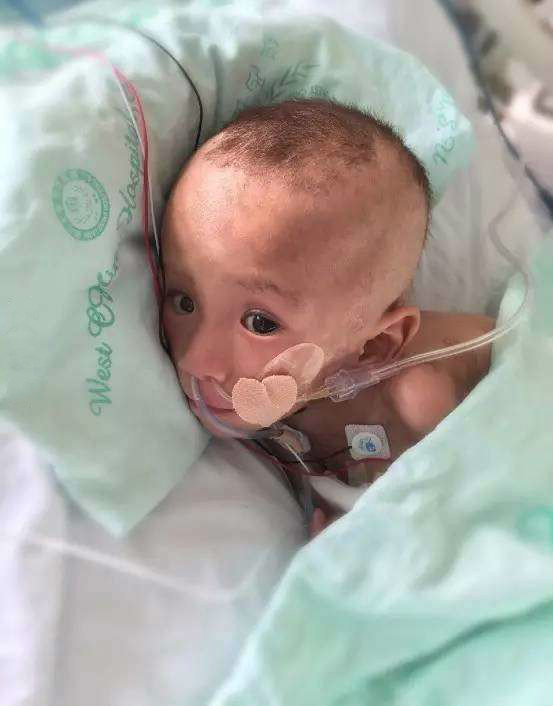 Out of desperation, she sent LunLun back to the hospital and sought help from the nurses.

Nurses in the hospital were aware of the situation of LunLun. They treated her as their own child and took care of her 24 hours. They feeded her every 3 hours, changed her diapers and did grooming. The nutrition doctor visited LunLun every day and took special care for her custom nutrition recipes. 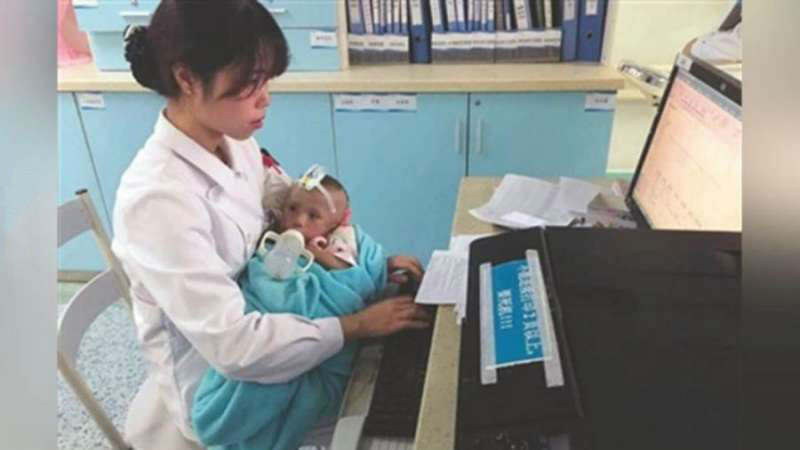 A picture of a nurse called LuoMing holding LunLun tightly with her arms to feed her while she was typing on a keyboard, went viral in the Internet and shared by thousands of netizens. People praised the nurse for taking care of LunLun during her busy schedule. 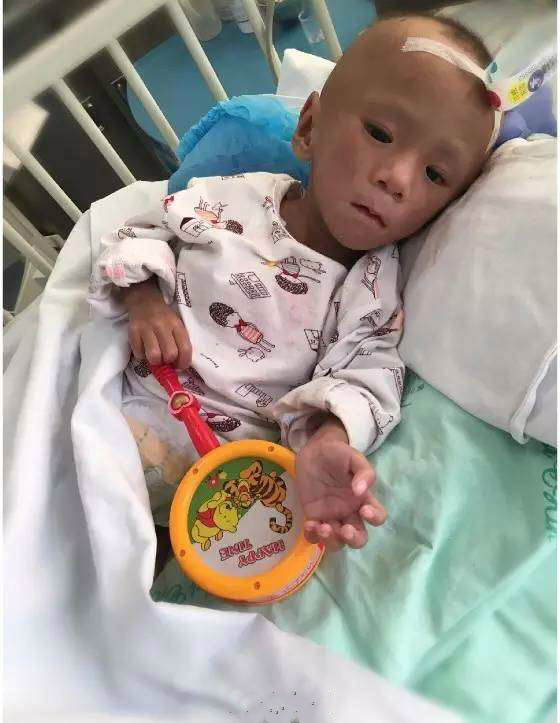 LuoMing said that she has been working in the hospital for 10 years and she has been following LunLun’s case closely.

After LuoMing feeded her, she patted the back of LunLun to help her with digestion and she could drink 600ml milk a day which was much better than before. 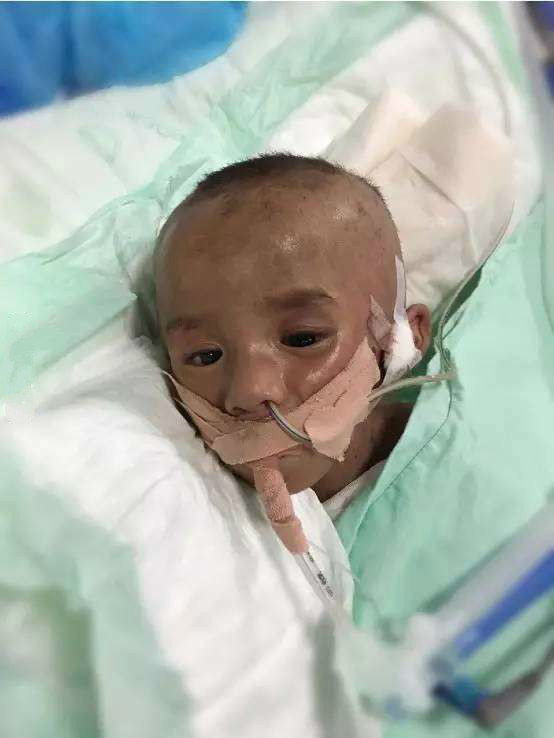 Although LunLun lacked parental care but the nurses treated her as their own children and gave her the best care. Netizens were moved about this news and sent the highest appreciation to nurses around the world.