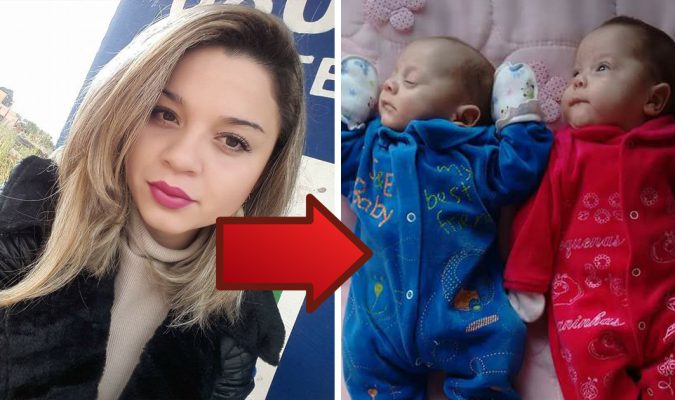 ‘Miracle’ twins were born via Cesarean section when their brain-dead mother was kept alive for 123 days that has made medical history.

Frankielen da Silva Zampoli Padilha, 21 from Campo Largo suffered from a stroke that left her brain dead and tragically died when she was nine week pregnant. The doctors however came to a decision to save the nine-week-old embryos when their hearts never stopped. They did their very best to keep her alive so that she could deliver her twin babies.

Her husband, Muriel Padilha, 24, said, “I was on my way to work last October when Frankielen called begging me to come back home urgently. She said her head was killing her. I told her to take a tablet. But she said there was a sharp pain at the back of her neck and it was so strong she felt she was going to collapse.” 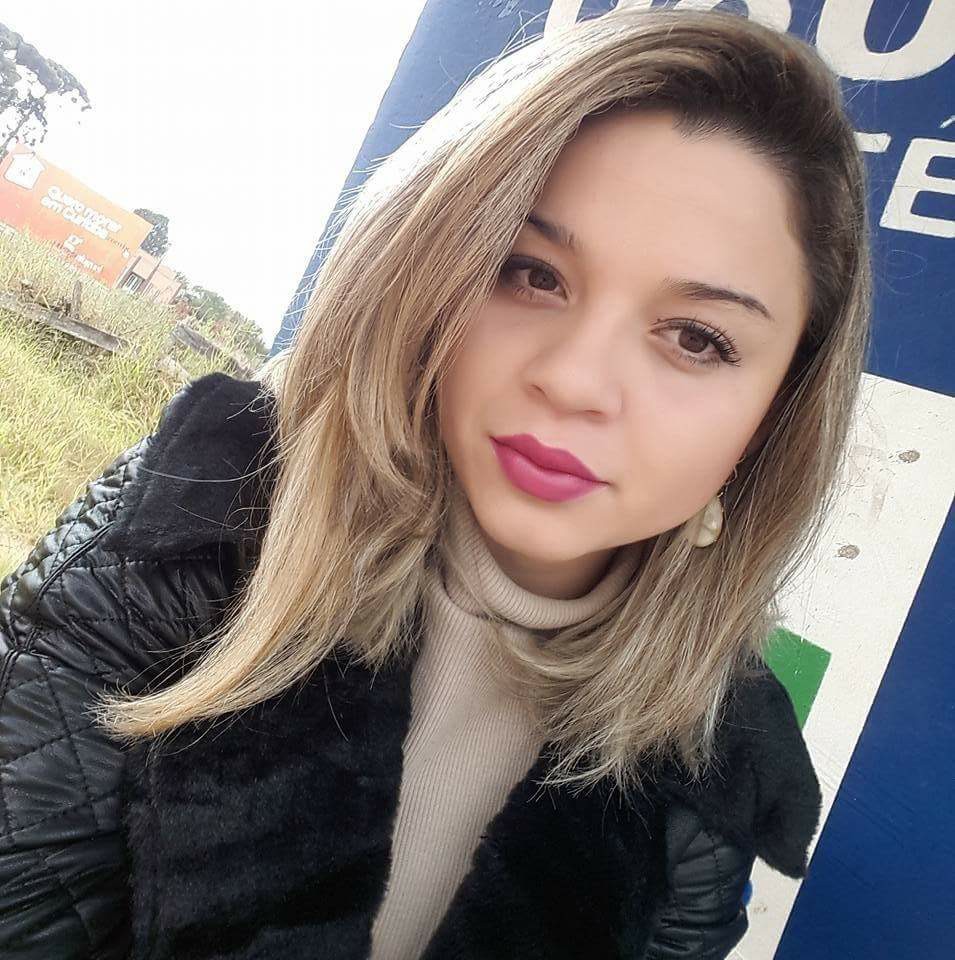 He then returned home to find that her wife was shaking, crying and vomiting. Seeing how her wife was struggling, he took her straight to the hospital.

“As I drove her to hospital, she said, ‘I want you to be prepared to accept this because I will be staying there, I won’t be coming home.’ Then she passed out and those were the last words she spoke to me and the last time I saw her alive,” he said.

She was diagnosed with cerebral hemorrhage which means a vein had burst inside her head resulting in severe internal bleeding in the brain. She was then declared brain-dead after the doctors did a few tests and scans. By seeing this kind of case, the doctors told her husband that it would definitely be hard to save the unborn twins. 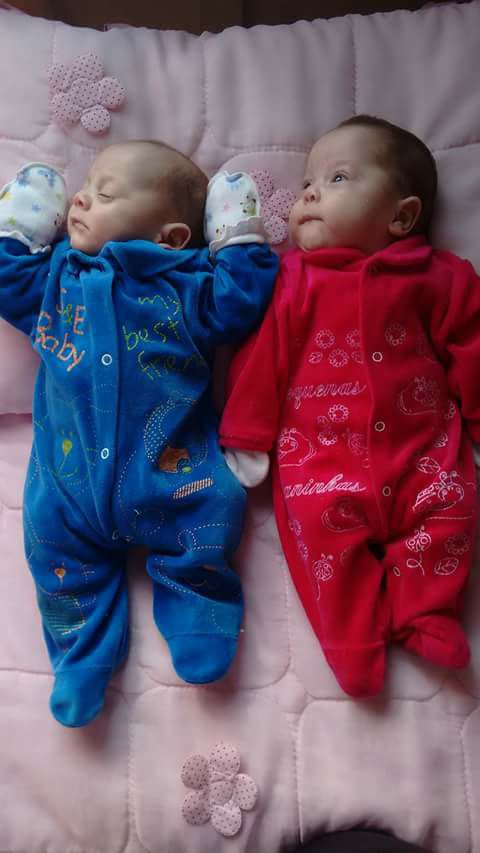 “They told me they would give the babies three more days of life because they had given my wife multiple CT scans, sedated her with powerful drugs and pumped her full of antibiotics and this meant everything had ended up in our babies. They said as soon as their little hearts stopped beating, they would turn off the gadgets and I would be able to bury my wife,” he said. 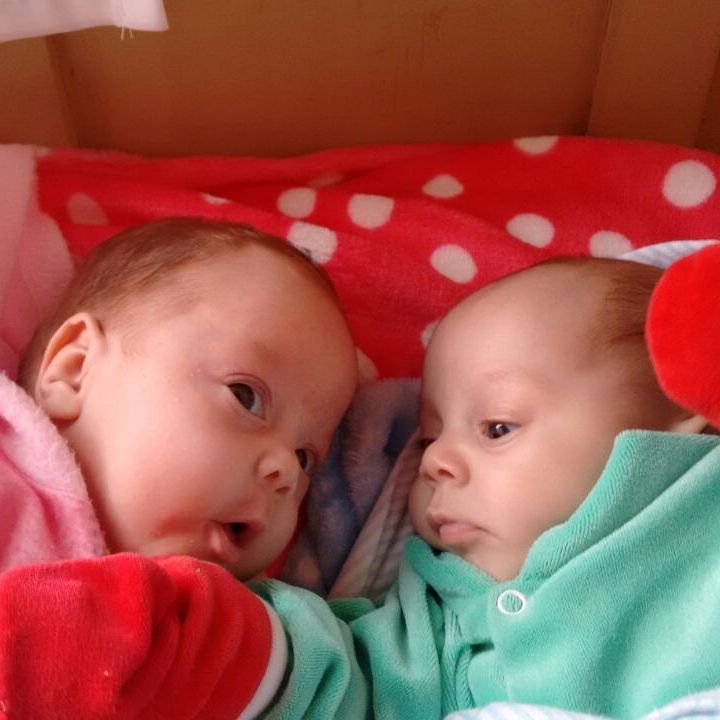 “We did an ultrasound on the embryos thinking they would be failing in the womb but to our surprise, they were clinging to life. Frankielen’s organs were all intact and working as if she was still with us. We took the decision to keep her alive to save her unborn children. And every day we watched them grow normally,” said Dr. Dalton Rivabem, head of the neurological ICU at the hospital.

All of the staff including doctors, nurses and health professionals even planned a routine to sing, talk and caress Frankielen’s pregnant belly.

Erika Checan, chaplain and music therapist, said: “We found children’s songs and played them to the babies in the womb. We even made up tunes exclusively for them. And we decorated the area around Frankielen’s bed. The ICU was filled with love, affection, and encouragement for the babies and their family to succeed. We said, ‘we love you’ every day they were here.” 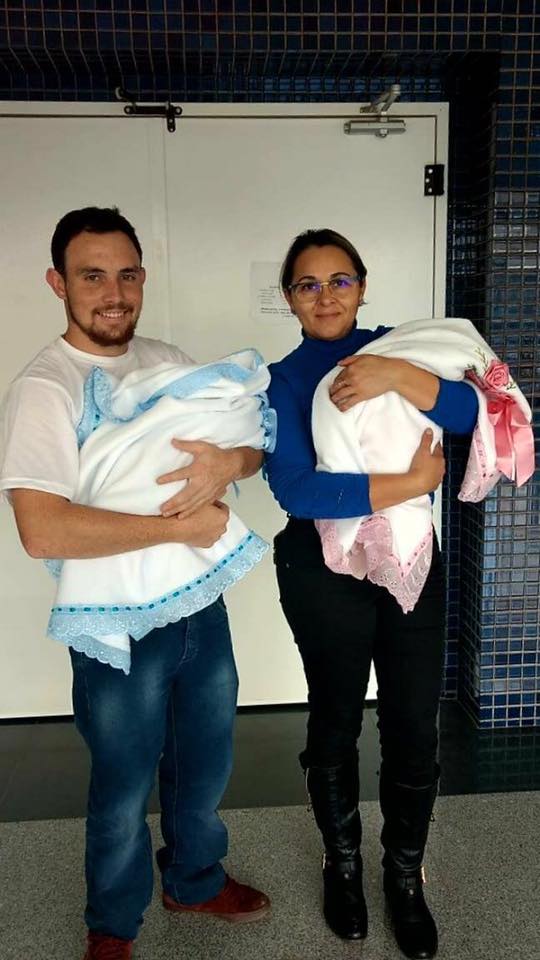 In Portugal, there had also been a similar case previously where the foetus gestated for 107 days before being born. Dr. Rivabem also made an attempt to contact the doctor in Portugal who handled the case asking for certain help.

“There have been other cases, but ours is the longest one with 123 days, four months, and we started with embryos at two months and delivered twins. One of our main concerns was to keep the organ functions continual for the babies to grow and develop,” said Dr. Rivabem.

“The success of this case was down to great teamwork and, of course, to a divine purpose,” he said. 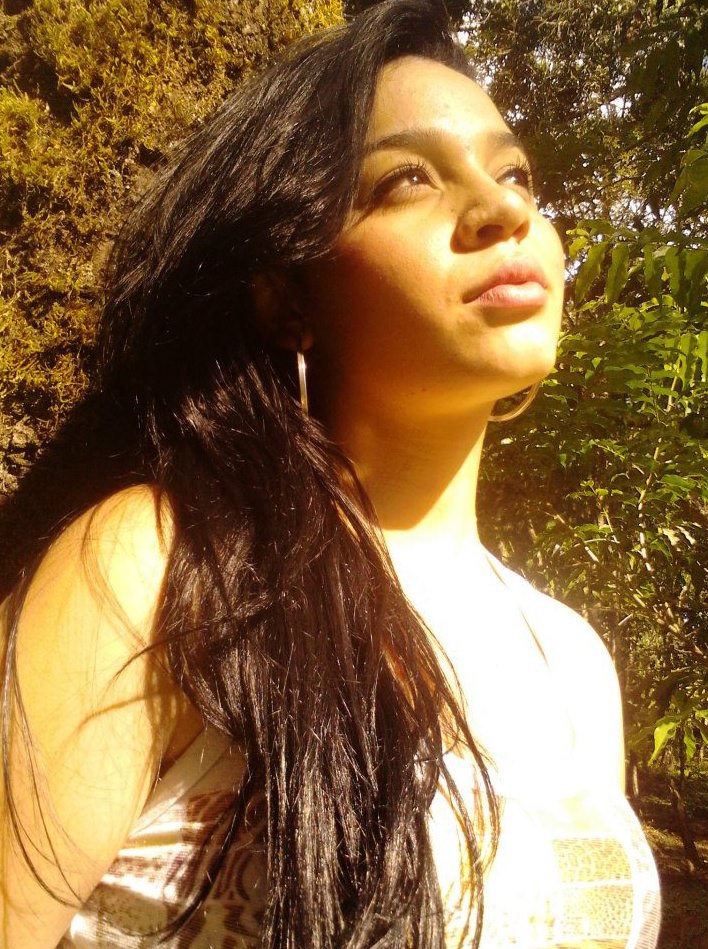 The twins, whom their father called as the miracle babies were named Ana Vitoria and Asaph. They were born weighing 3 pounds and 2.9 pounds respectively. The twins were kept in incubators for three months and are being taken care by Frankielen Padilha’s mother, Angela Silva because Padilha needs to continue her work routine as a farmer.

On the other hand, Silva also looks after his two-year-old daughter, Isa Beatriz.

“I’m so proud of my daughter. It’s been hard losing her but she was a warrior right until the end, protecting her beautiful children and giving them life until the day she finally died,” Silva said.

“Frankielen has appeared to me on many occasions especially when I was despairing and crying out for God to bring her back to me. One night she sat on my bed and said: ‘Baby I can’t come back to you anymore. I must stay. I am in a beautiful place now. You’ve got a big mission still to complete. You have to look after our children and you have to be strong and move on and live your life,’” Padilha said.

“Frankielen was a generous and loving person. I believe God chose her for this purpose so a miracle could happen,” he added.

Cat made the same trip every day for 2 years—when you...