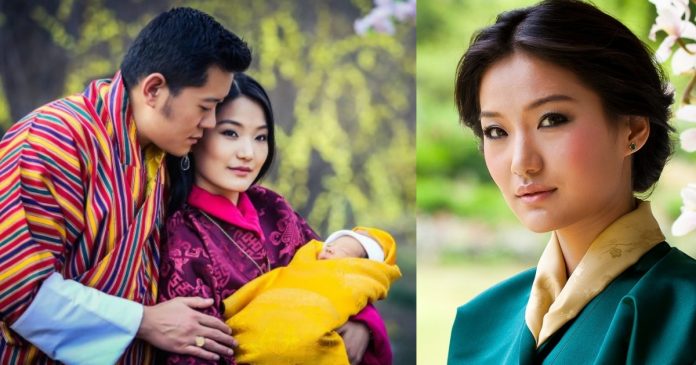 Jetsun Pema was an ordinary Bhutanese girl next door.  When she was seven years old, she met the then 17-year-old Crown Prince Jigme Khesar Namgyel Wangchuck, now King of Bhutan. The royal encounter was life-changing for her and 14 years later, she became the Queen of Bhutan.

Polygamous marriage is legal in Bhutan but King Jigme Khesar Namgyel Wangchuck has said that he will never marry another woman and Jetsun Pema will be his only wife in the future. This is truly a modern-day fairy-tale love story.

Bhutan is located at the southern end of the eastern Himalaya. It is a small country with a population of about 800,000 people. It is also one of the most closed countries with one of the most underdeveloped economies in the world. Thus, it is hardly a country for most young people today who can’t live without uninterrupted access to the Internet. 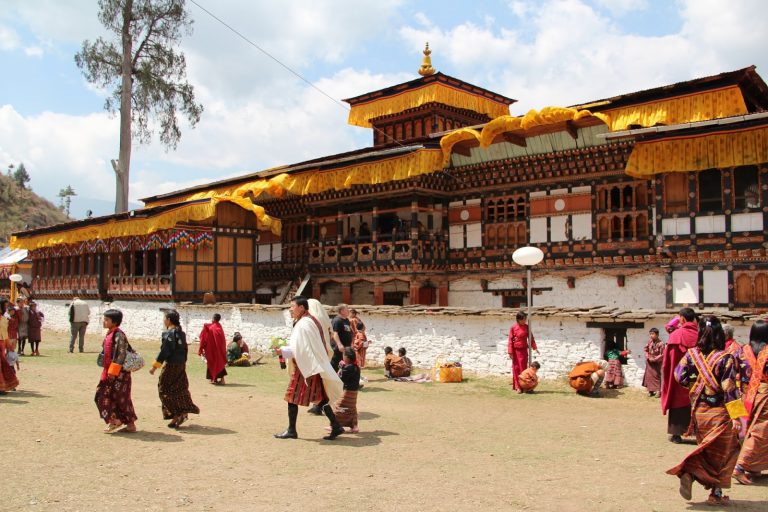 Bhutan may be underdeveloped and out of touch with the rest of the world but the Bhutanese people live a life that is less materialistic yet more fulfilling. They are an honest, simple and peaceful nation. The country is also widely known as the last Shangri-La on earth and has continually been ranked as one of happiest countries in the world. 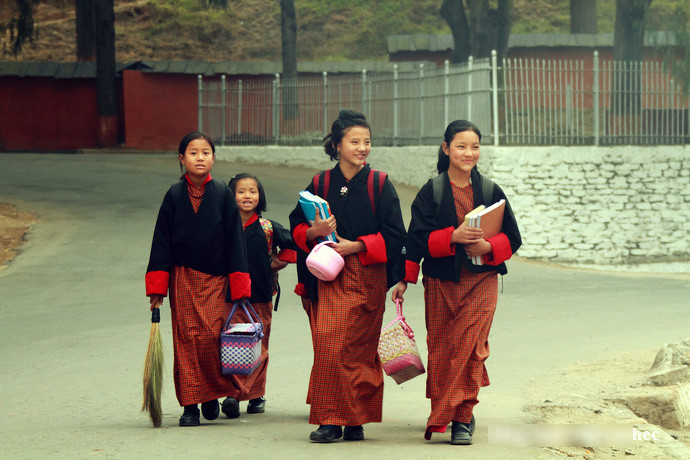 The current reigning King Jigme Khesar Namgyel Wangchuck of Bhutan is a fine handsome man who has captured the hearts of millions of women.

He came to the throne after the abdication of his father King Jigme Singye Wangchuck in 2006 and he became one of the youngest kings in the world. 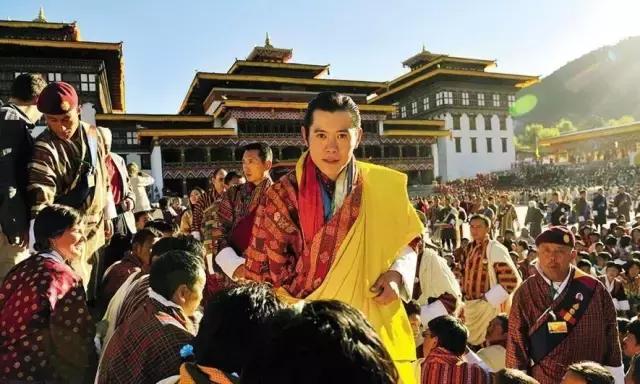 He is 180 cm tall and has a good-looking face. He possesses extraordinary temperament and exudes a positive aura. These qualities have earned him the sobriquet “the most handsome king in the world”. 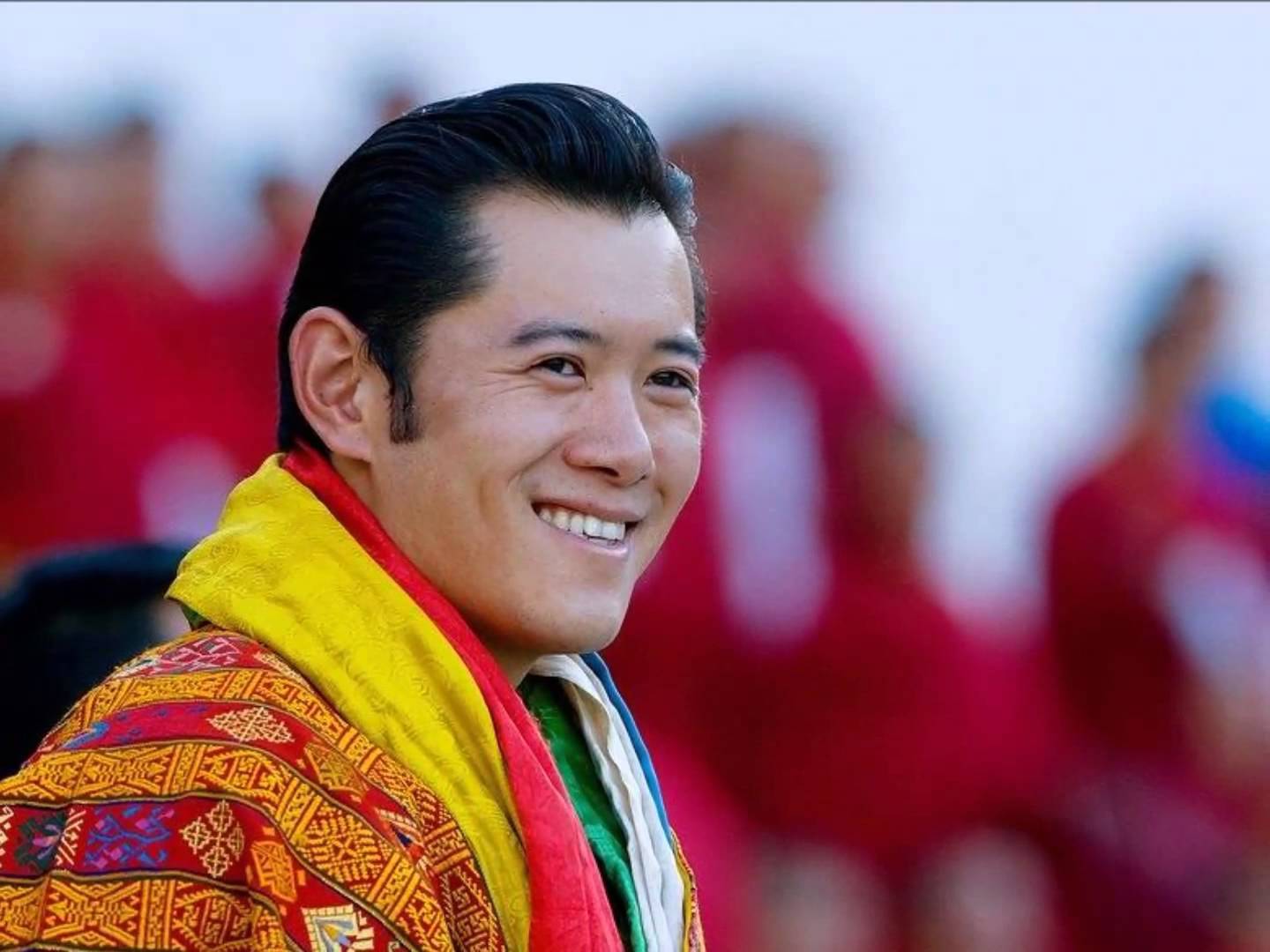 After completing his tertiary studies, he returned to Bhutan and has since then been unwavering in his commitment towards the country’s development. He often travels to different parts of the country to interact with the local people. He has won over his people and become the dream lover of millions of young girls. Indeed, many Bhutanese mothers see him as the benchmark of their future son-in-law.

Although Jetsun Pema is considered a commoner, her family has many royal connections. The royal couple met for the first time in a family picnic when she was 7 years old and he was 17 years old and little Jetsun Pema was immediately captivated by the fine young man who stood before her. 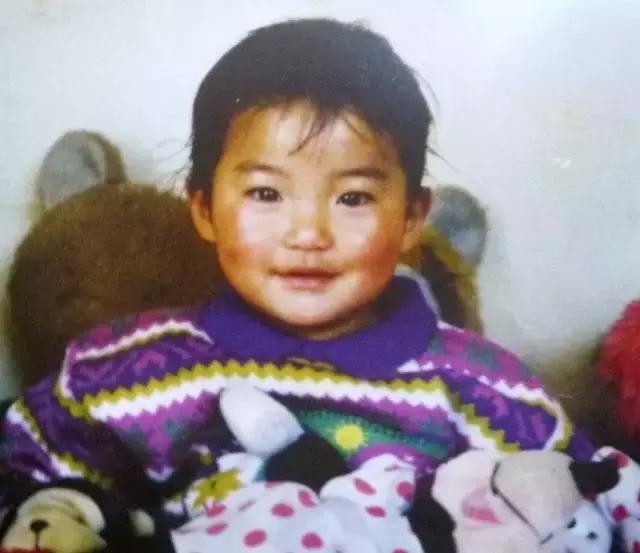 Little Jetsun Pema came running to the then Crown Prince Jigme Khesar Namgyel Wangchuck, pulled his hand and said childishly: “I would like to go with you. I would like to marry you.” The Crown Prince was confused and asked: “Why would you like to go with me? You have many friends here.” Without hesitation, little Jetsun Pema replied: “I like you.”

The Crown Prince looked at little Jetsun Pema’s serious face and his heart was touched. It has been famously told that he proposed to her that when she had grown up, he would marry her if they were both still single and in love. 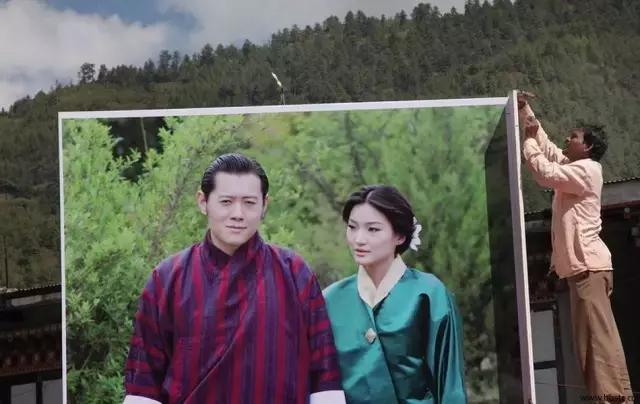 At that time, little Jetsun Pema actually did not know the true identity of the young man whom she met. Only until she was 10 years old did she realized that he was the future King of Bhutan. Little Jetsun Pema often heard the adults discussing what kind of wife the handsome Crown Prince would marry in the future and that his future wife should be someone from a noble family, of royal or aristocratic blood, with breathtaking beauty etc. 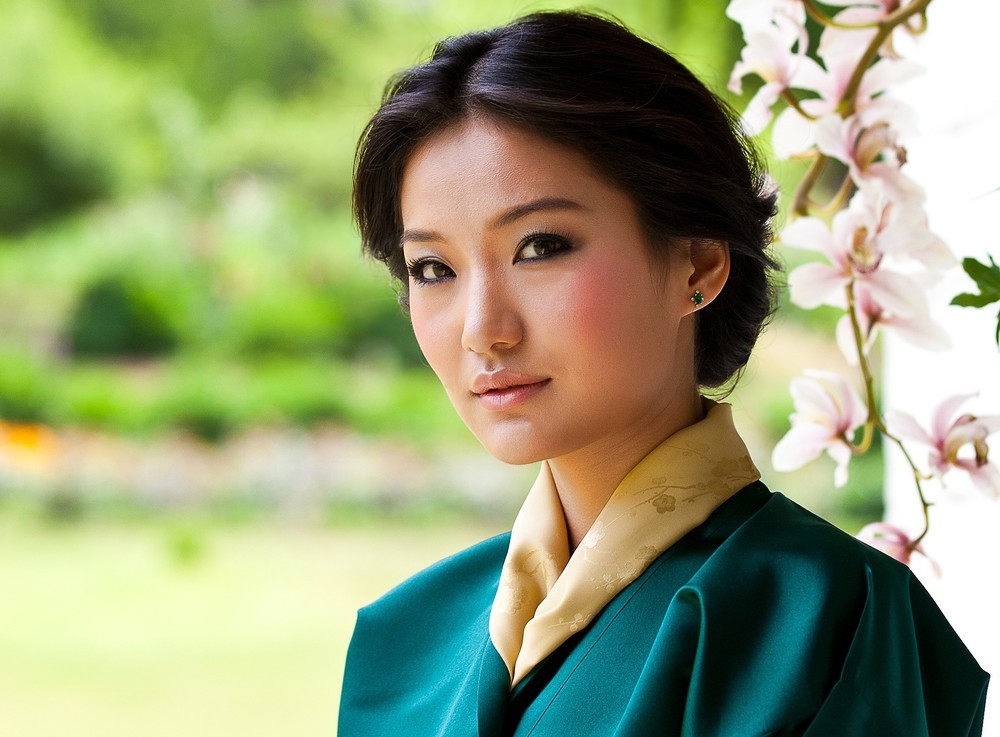 Those discussions among adults made little Jetsun Pema feel anxious. She was a commoner with no royal title and she didn’t see herself as someone with breathtaking beauty. And she wondered if she could really marry the Crown Prince one day. In order to “bring herself up” to match the Crown Prince, she started studying hard. 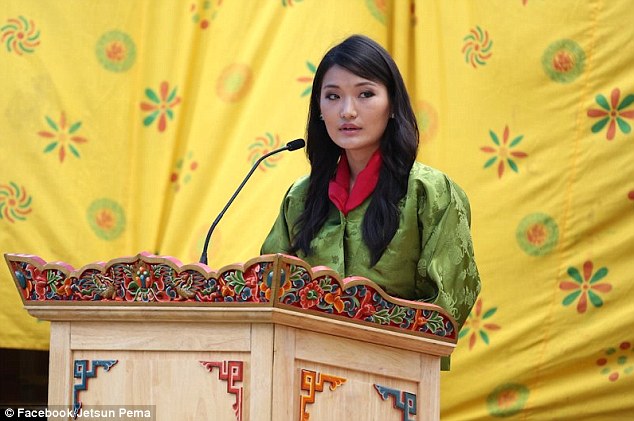 She was a straight-A student. In 2006, 16-year-old Jetsun Pema was admitted to one of the best high schools in India. While there, she studied English, History, Geography, and Economics, and passed all subjects with flying colors. After graduating high school two years later in 2008, she began her tertiary education at Regent’s College in London. In addition to Dzongkha, the official language of Bhutan, she is also fluent in English and Hindi.

Apart from being an outstanding student, Jetsun Pema was also outgoing with interests in art, photography, Bhutanese traditional music etc. While in school, she also participated in bands and dance programs. 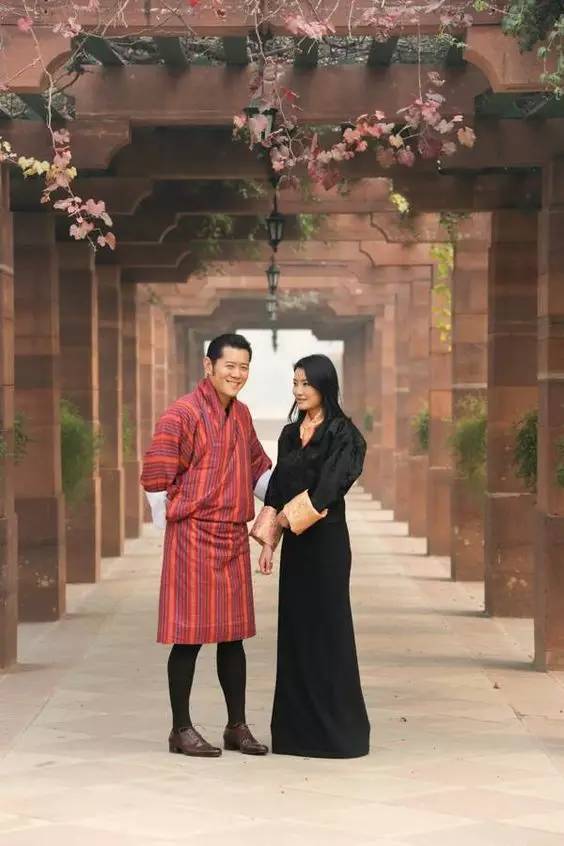 At the same time, the then Crown Prince Jigme Singye Wangchuck was studying abroad. But he had never forgotten about Jetsun Pema and the promise he made.

Many years later, the already King Jigme Singye Wangchuck met Jetsun Pema again, who was then a university student. Since then, he has never been able to take his eyes off her. 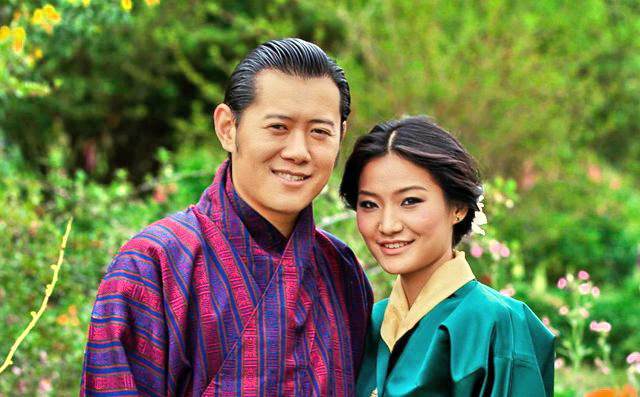 Little Jetsun Pema has grown up to become a fine young lady with both beauty and talent. When King Jigme Singye Wangchuck met her again, he fell for her at once and decided that he would marry no one except her.

As the old saying goes, “Chance favors the prepared mind”. The beautiful and talented grown-up Jetsun Pema has once again captured the heart of King Jigme Singye Wangchuck. They were both ready to fulfill their long-ago marriage promise. The King proposed to her and promised that he would love her all his life. 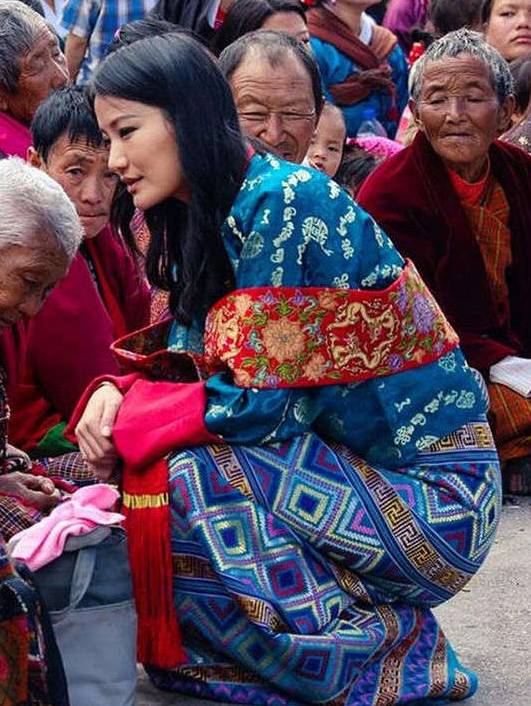 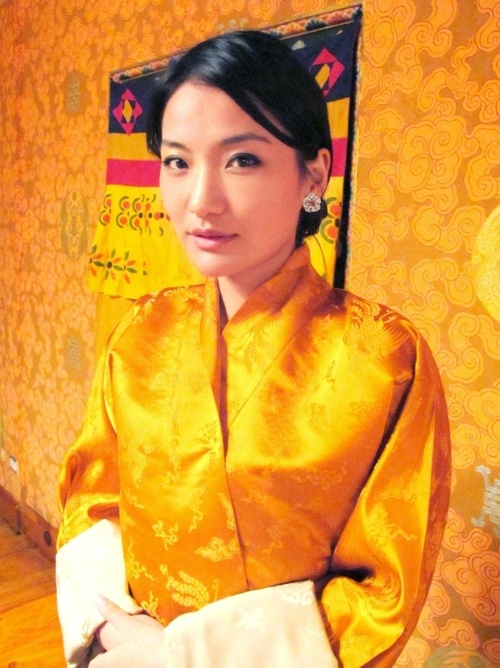 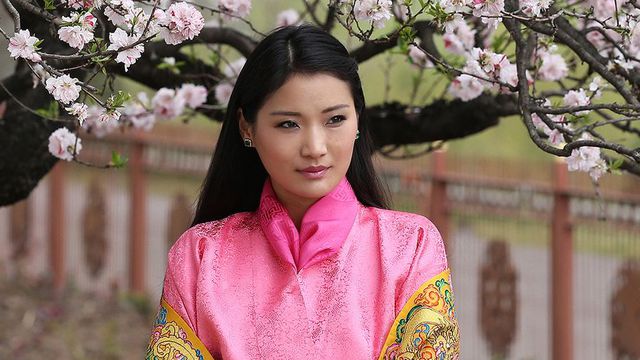 During the ceremony, the King could hardly hide his happiness. He said that he had been waiting for that moment for a long time and that he believed he had found the right woman with whom he could spend the rest of his life. 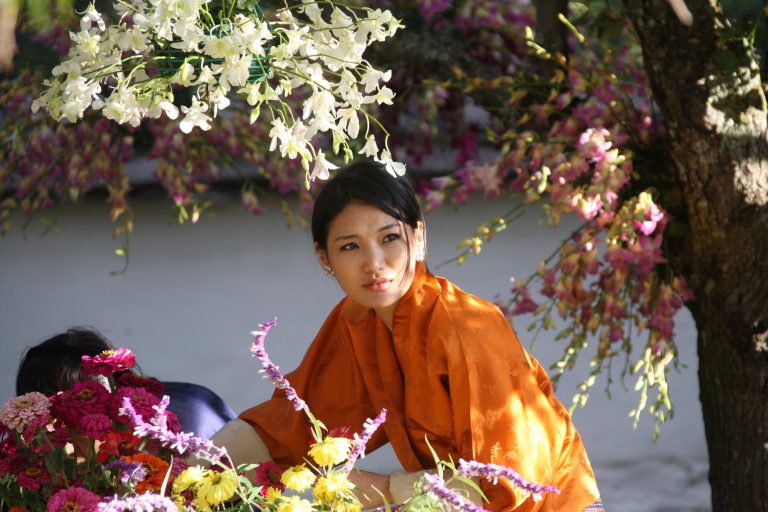 After the wedding, the royal couple did not go on a lavish honeymoon tour abroad. Instead, they went on a honeymoon tour in the country and to India. For them, they don’t really care where they go as long as they are with each other.

Jetsun Pema knows that her husband’s happiness comes from serving the country and the people. Thus, like her husband, she has also been unwavering in her commitment to fulfill her royal duties. 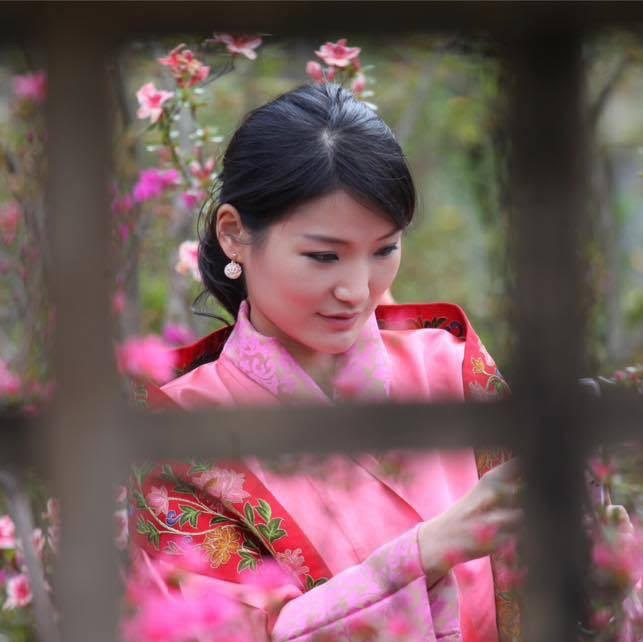 After marrying King Jigme Singye Wangchuck and becoming Queen of Bhutan, Jetsun Pema remains down to earth. She is determined to assist her husband in fulfilling his royal duties. She has traveled with him on official visits abroad as well as to distant parts of the country and is often seen interacting with the local people.

Although Bhutan is not a rich country, its royal family is still considered as relatively wealthy. Nevertheless, whenever the royal couple travels in the country, they maintain a low profile. They often stay in simple village houses like the local people. Sometimes, when there is no road access to remote villages, Jetsun Pema will walk on foot together with the others and she never complains. 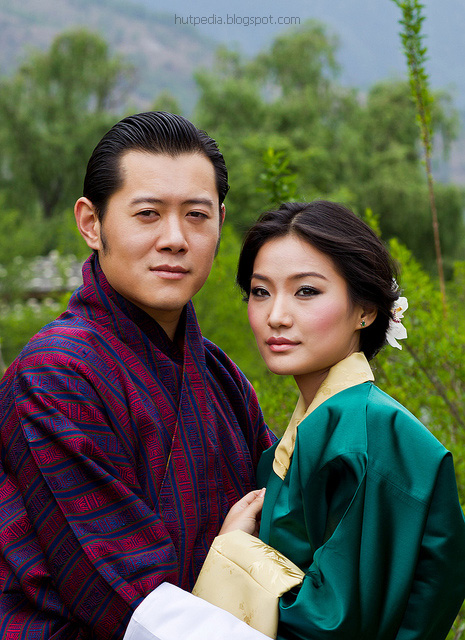 For the Bhutanese people, the King and Queen are like the sun that keeps them warm and brings light to their lives. The royal couple has won over the hearts of the Bhutanese people and some have even jokingly said that the royal couple has led to an increase in the level of happiness of the nation. It is not about material happiness but spiritual fulfillment and satisfaction.

Kind-hearted people will always be rewarded at the end. In 2016, Jetsun Pema gave birth to their first child, a son. Being a child of a beautiful mother and a handsome father, the little prince will surely grow up to become a fine man. 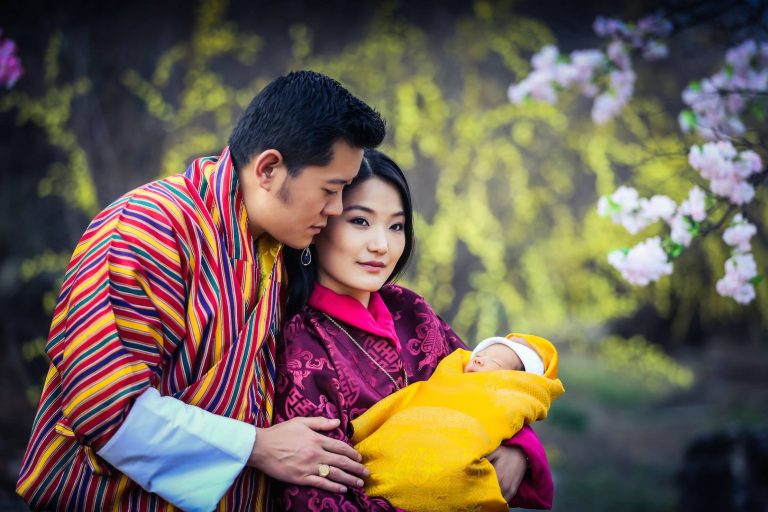 Besides assisting her husband in carrying out his royal duties, Jetsun Pema is also a close supporter of various children’s foundations.

A chance encounter 14 years ago has led to the makings of a fairy-tale love story between King Jigme Singye Wangchuck and Queen Jetsun Pema.  He may never be able to tell her all the reasons why he loves her but she knows that she is the reason why he doesn’t love others. Jetsun Pema may be lucky but she has also worked hard to improve and prepare herself to become the Queen of Bhutan – and she truly deserves it.