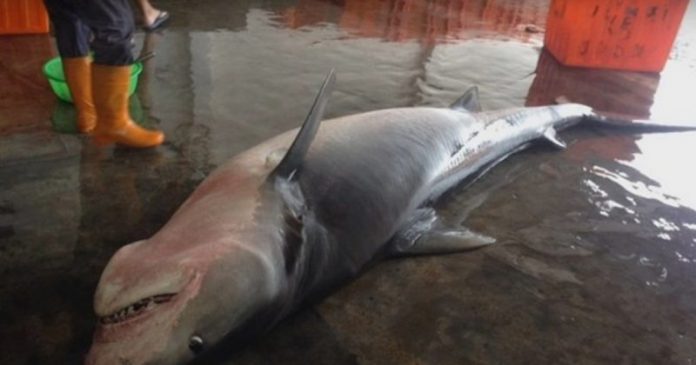 On June 14, the fishermen at Taitung county accidentally caught a mother tiger shark weighing almost 200 kg in their fishing nets. When they found her, she was already dead. She had a big hanging abdomen and it was jiggling. Realizing that she must be pregnant, the fishermen scrambled to rescue the unborn pups inside. At the end, they managed to pull out 38 pups! 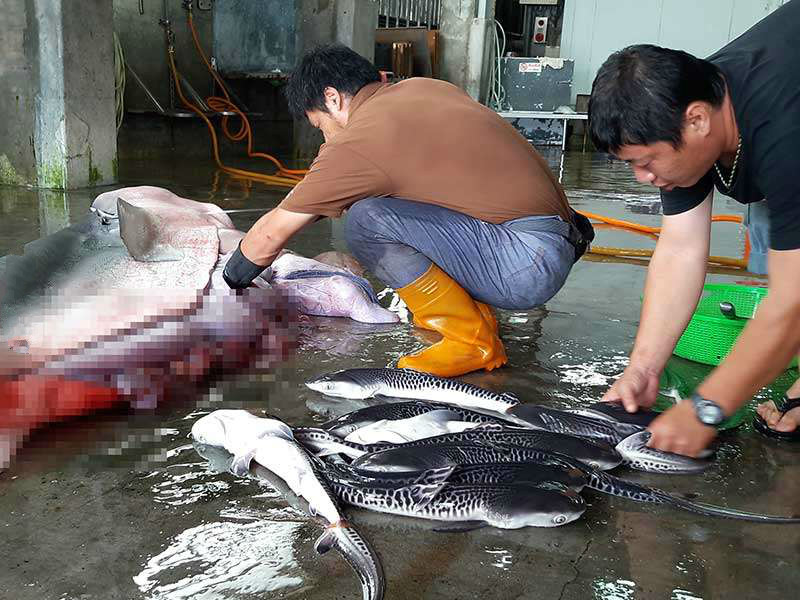 On the following day, the same fishermen again found a dead pregnant tiger shark weighing over 400 kg trapped in their fishing nets, and this time they rescued 37 pups. These pups were however premature and weak, and seven of them died while being transported to the research center. 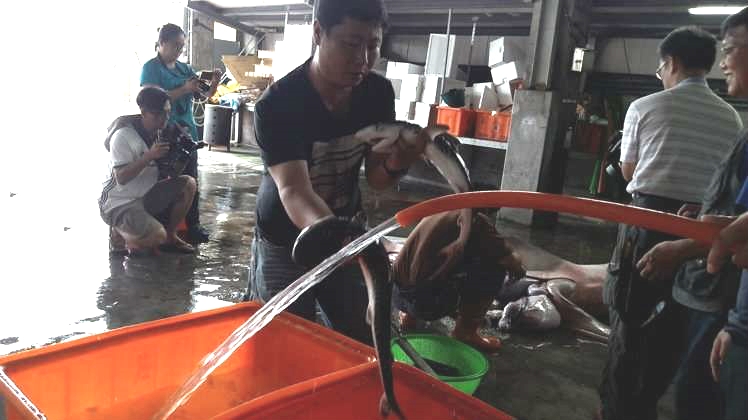 According to the Taitung agricultural bureau, the fishing nets in question met the prevailing standards and it was a very rare coincidence that two pregnant tiger sharks were accidentally caught in fishing nets in two consecutive days.

Tiger sharks are ovoviviparous and have a long pregnancy length that can last up to 16 months. The birthing peaks in spring and summer. Thus, the likelihood that pregnant tiger sharks may be accidentally caught in fishing nets is also higher during this period. 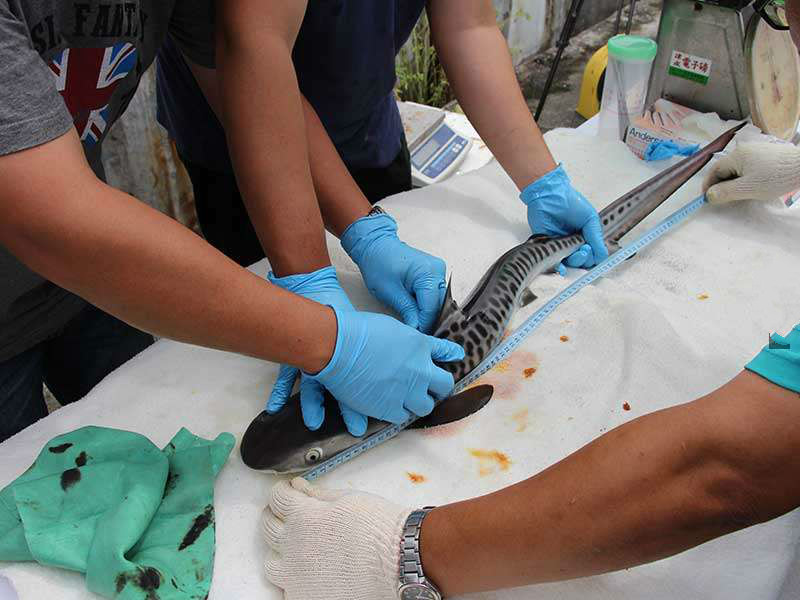 After the pups were rescued from their dead mothers, their weight and length were measured. They were then taken care of by the research center until they were deemed fit to be released back into the ocean.  A microsatellite marker was also attached on each of them before they were released so that data could be collected for future marine biological research. 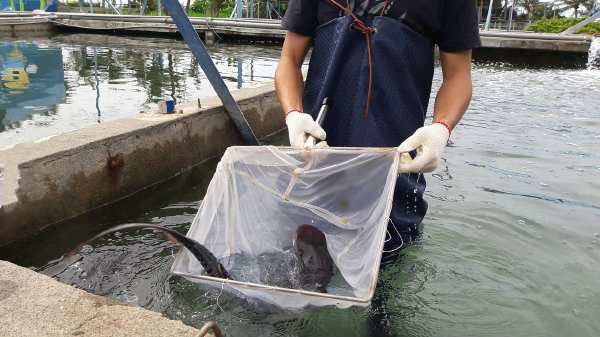 The marine biology center’s director, Mr. Ho Yuan-hsing has also shared some photos of the newborn pups on the social media to raise awareness of the problems facing tiger sharks in the ocean. 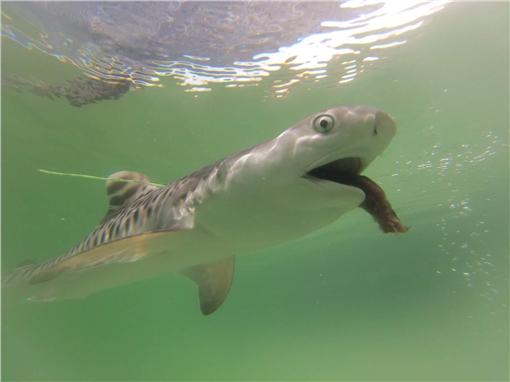 It’s a blessing that these little ones were saved before it was too late. Let us share this heartwarming story with others!