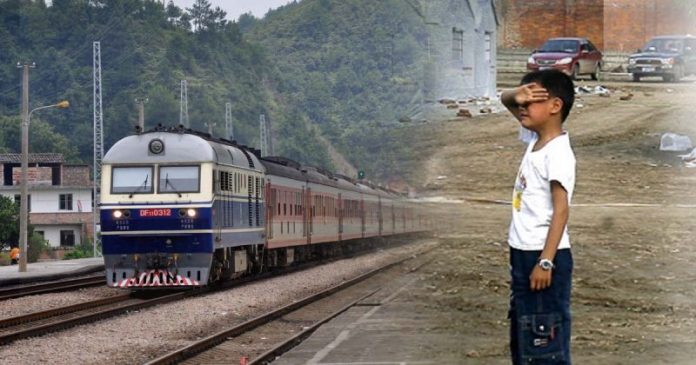 It’s unclear exactly how Liu Quoqing and his wife Zhang Mei lost their son Liu Qiangqiang. Liu can only recall that it happened 10 years ago when they were waiting for a train to the city in order to visit their relatives. At the train station, when they were buying some snacks, their son wandered away without them being aware of it. Qiangqiang was only four years old at that time. From then on, the heartbroken parents embarked on a long and arduous search for their lost son. They had searched everywhere, even in neighboring provinces, but couldn’t find him. 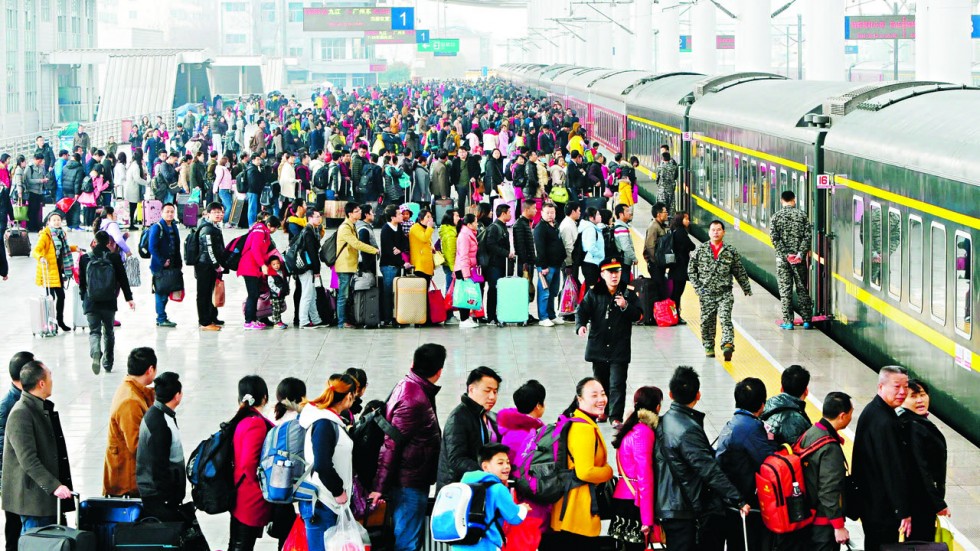 It was heartbreaking for Liu and Zhang that their son went missing. At one point, Zhang even suffered depression of grief. Luckily, they gave birth to a daughter sometime later. Nevertheless, they still felt like there was something missing in their lives without their son. They continued with the search and never gave up hope of finding him one day. The search had however made the family impoverished. 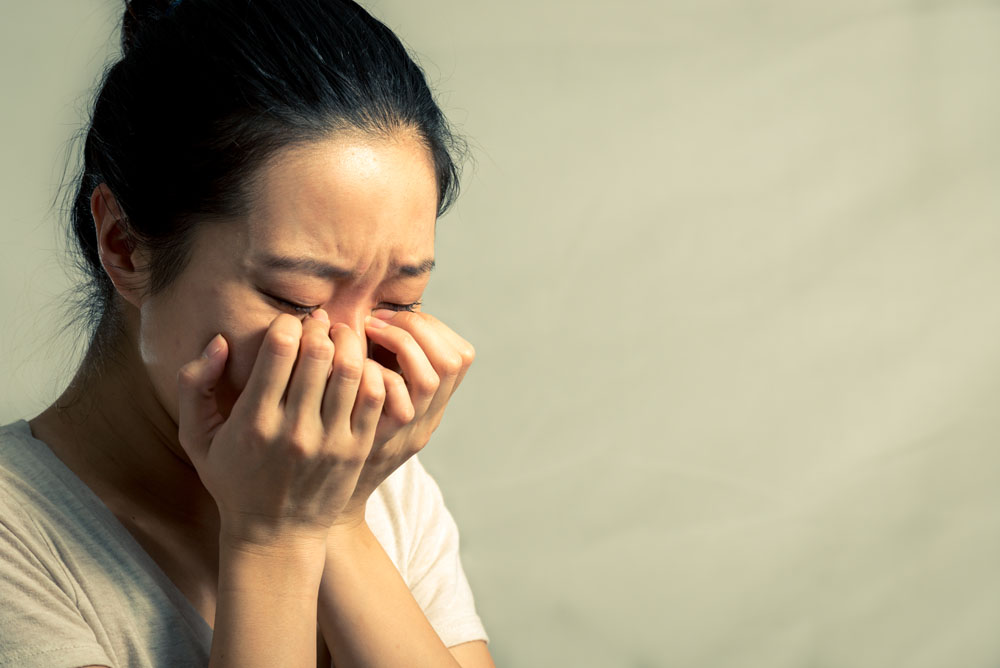 Time flew and five years passed by. While most of their neighbors had moved to newly built houses located in better areas, Liu and his family still lived in the same tiny ragged house. The search for their lost son all these years had exhausted the family’s savings. Furthermore, in order to search for the lost son, Liu didn’t have much time left to find work.

One day, when Liu was chitchatting with some neighbors at the eastern part of their village. A neighbor named San came running to him, and said, “Liu, I saw your son. He goes to school at Diyi primary school in the city. It looks like that he has been adopted by a rich family. I heard that the family’s husband is a big businessman. Go and look yourself.”

The neighbors were excited after hearing the good news. Liu was excited too and he couldn’t wait to go to the city in order to verify with his own eyes if the boy whom San mentioned was indeed his son. Nevertheless, some neighbors couldn’t help to be skeptical and questioned San, “Could you have seen wrongly? It was a long time ago. Are you sure that you can still recognize Liu’s son?”

San replied firmly, “I am absolutely sure about that. I held the boy in my arms when he was a baby. I remember that he has a unique birthmark on one of his arms. I couldn’t have been wrong.”

Liu had no reason to doubt that San would make up a story about something so sensitive. Thus, he decided that he would first go to the city in order to verify it before telling his wife about it.

On the next day, Liu took an early train to the city. Once he reached, he asked around for direction to Diyi primary school and found it after some time. He waited in front of the school gate the whole afternoon until the school’s dismissal time. At that time, many parents were waiting outside for their children. Liu was among them. He was hoping that he would see his lost son again. The students finally came out. Liu looked at every single one of them carefully with his eyes wide open. Suddenly, a familiar face came into his sight: a clean well-dressed boy was walking toward his direction, and he was Qiangqiang. Liu was overjoyed, and tears welled up in his eyes uncontrollably. He felt a strong desire to rush up to his son and hold him. But an old man came in his way and greeted the boy first. The old man helped the boy put on his jacket and then gave him some food, and they got in a car together.

Liu was disappointed. But he knew that he didn’t want to lose his son once more. He quickly hailed down a taxi and asked the driver to follow the old man’s car.

They arrived at an affluent gated bungalow neighborhood. The old man’s car drove past the guardhouse. Liu got off the taxi. He wanted to enter the gate but was stopped by a security guard. He finally found his lost son and knew where he lived. He decided that he should first go home and share this good news with his wife, and then discuss how they could bring their son home. 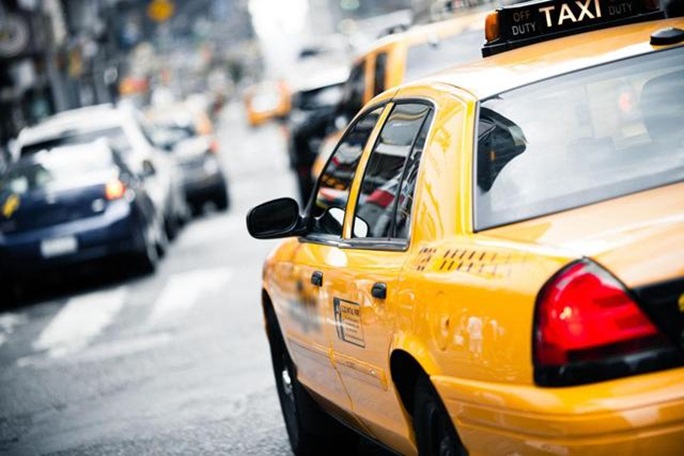 When Liu told his wife about it, she was also overjoyed. She couldn’t wait to see her son again after so many years of waiting and grief.

On the following day, Liu came to the city with his wife. They waited outside the school and the bungalow neighborhood for several days. In a few occasions, they managed to speak to their son at a close distance. After they had confirmed that the boy was indeed their son, Liu told his wife, “We should seek the police’s help to get him back.”

At this point, a thought arose in Zhang’s mind. She calmed herself down and then said, “Liu, we should let be. Qiangqiang has been away from us for five years. He may not recognize us. Furthermore, he is living with a good family and they seem to have treated him as if he is their own son. If we take him home with us, he will only suffer, given our existing living conditions. He will not get used to our lives. I don’t think we should rush to reunite with him.”

Liu felt shocked at first, and said, “Are you insane? Don’t you want our son back?”

Zhang said again, “I haven’t gone insane. On the other hand, I nearly became insane when we lost our son. I’m glad that we have found him. The old man’s family can provide him a good life, and we can rest assured of his future by letting him live with them. Furthermore, we can still come to see him every day if we want. As long as he can grow up happily and healthily, shouldn’t we feel relieved already?”

Liu agreed with what his wife said, but there was one thing that he couldn’t understand, “Coming to see him every day? Where can we get money to pay for the train tickets?”

Zhang suggested, “We can start a small business here in the city, such as selling vegetables or some small goods. In this way, we can earn some money for our living and be close to our son at the same time.”

Liu accepted his wife’s suggestion. They started a small business in the city. Later, they opened a vegetable stall nearby the bungalow neighborhood, where they sold vegetables they bought from a wholesale vegetable market. From the stall, they could see their son every day when he went to and came home from school. However, they had never had the courage to reunite with him. Sometimes, when the old man came to their stall to buy vegetables, they would give him special prices and take advantage of the occasion to ask him about their son. Gradually, they became friends with the old man. The old man didn’t seem to suspect anything unusual about Liu and his wife either. 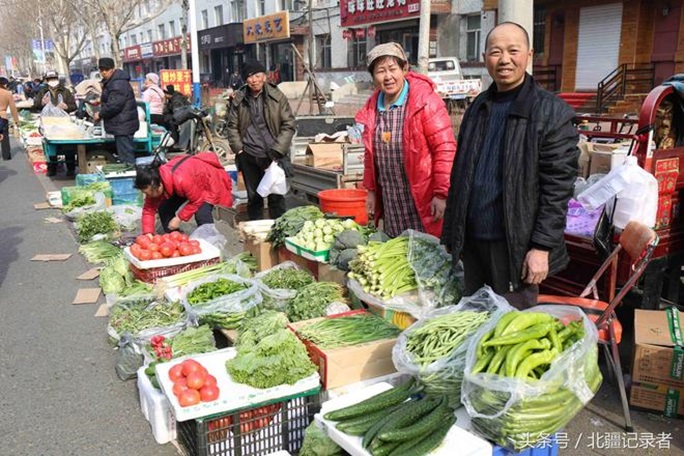 In the blink of an eye, another five years passed by. Liu and Zhang have been refraining themselves from reuniting with their son all these years. The boy has become a teenager. They are so close to him but yet they can’t reunite with him.

One day, the old man came to their stall. Out of the blue, he said to the couple, “I know who you are. I also know that you are here for your son. Why didn’t you tell him that you are his real parents during all these years? Why must you wait for me to say it first?”

Liu and Zhang were shocked and wondered how the old man found out about them. 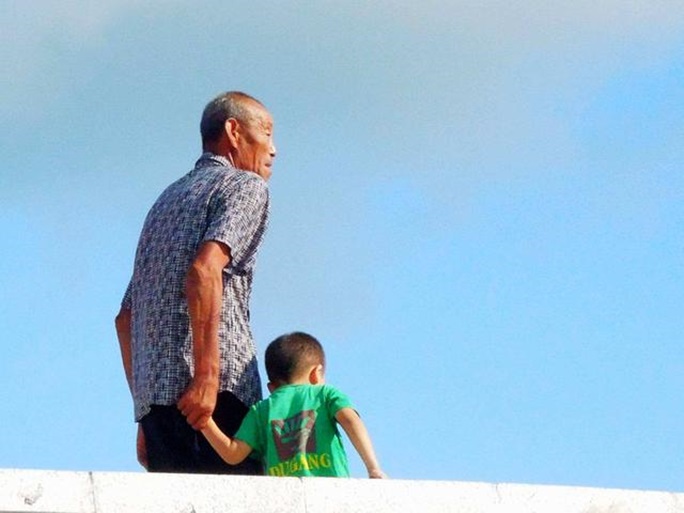 The old man added, “I knew it a long time ago. When you just opened this vegetable stall here, I got someone to check on your background. As what I have expected, you are here for your son. I was waiting for you to say it, that you are his real parents, but you never did. Don’t you want to reunite with your son? As to why your son has ended up living with me, I would like to explain it to you. That day, I was on a train home after a business meeting. I noticed your son was alone on the train for a long time. I suspected he was abducted but then left behind by human smugglers for some reasons, so I took the risk and brought him home with me. At that time, I did send people to look for his parents. Unknowingly, ten years have passed by. You can rest assured that I have been taking good care of him. He is not only your son anymore, he is my son too, and I will continue to take care of him well.”

Tears rolled down Liu’s and Zhang’s face. They kneeled in front of the old man and said, “You are our son’s lifesaver, and we are deeply in gratitude to you forever.”