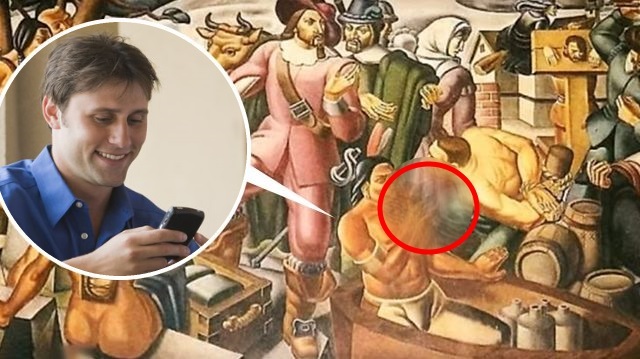 Can you spot the native American holding a gadget that looks conspicuously like an iPhone in this old painting from 1937? This mysterious object has sparked speculation about the possibility of time travel! Is it possible that someone from the future brought a 21st-century hand-held device back to when the artist painted this mural seven decades ago or earlier?

This mural, entitled “Mr. Pynchon and the Settling of Springfield,” painted by Italian abstractionist Umberto Romano in 1937, depicts a scene from the 17th century, when the founder of Springfield, Massachusetts, William Pynchon, was surrounded by native Americans upon his arrival in the New World. The scene took place almost 400 years ahead of the advent of the “smart phone.”

Can you spot the so-called smartphone-wielding native American in this historical mural painting? Seated inside a crate filled with ceramic jugs, a feather-adorned native grips an unknown, rectangular object at eye level—a familiar sight in the world of today. This object bears a somewhat striking resemblance to a smartphone.

This bewildering discrepancy was picked up on by Motherboard. 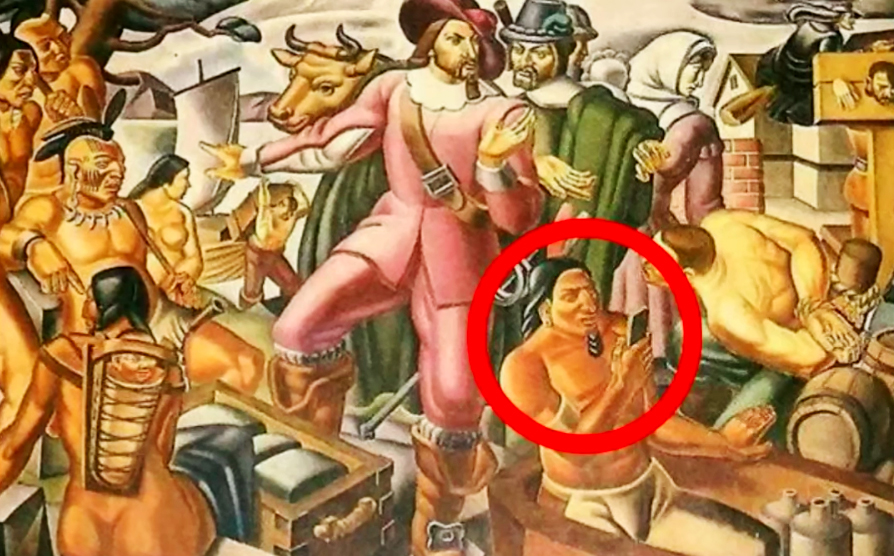 Could such an image be evidence of time travel? Could Romano have somehow gained prior knowledge of the futuristic tech-savvy society of today seven decades in advance?

Could the man with braided hair have been checking his social-media feed or snapping a selfie? Of course, they didn’t even have electricity back then, let alone cell phone signals, so what could he have been holding?

Historian Daniel Crown believes the native American was simply intrigued by a “mirror,” one of the belongings from Pynchon’s trove of treasures.

“Romano … was probably trying to capture the introduction of modernity into a curious but technologically stunted community, which was instantly bewitched by Pynchon’s treasure trove of shiny objects,” he said.

“For Native Americans, mirrors were symbols of wealth and prestige,” Edwin L. Wade, a specialist in native culture, told Beyond Buckskin. 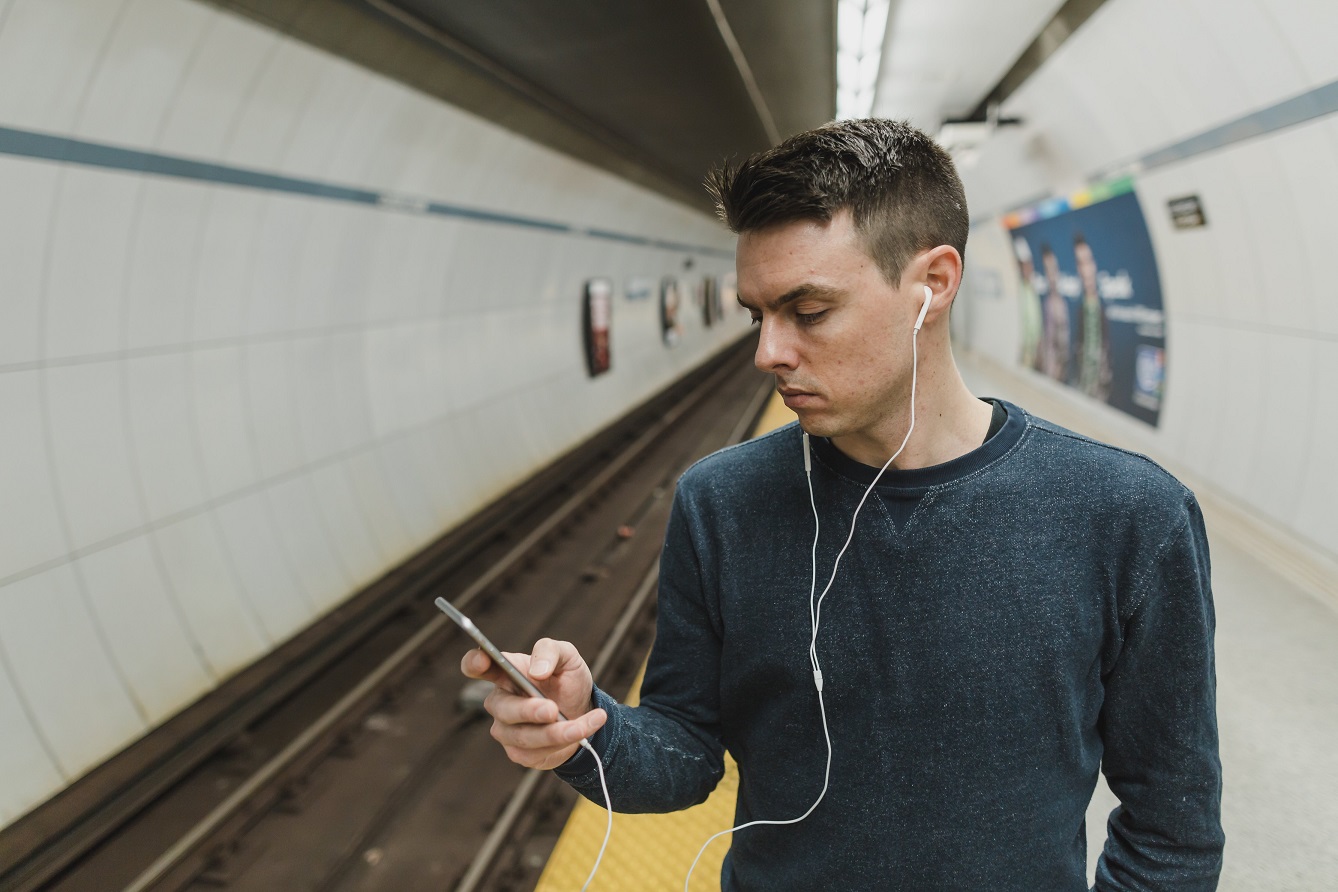 Or it could be “one of the gospels or maybe Psalms,” Crown said. “These did exist at the time and were roughly the same rectangular shape,” he explained. 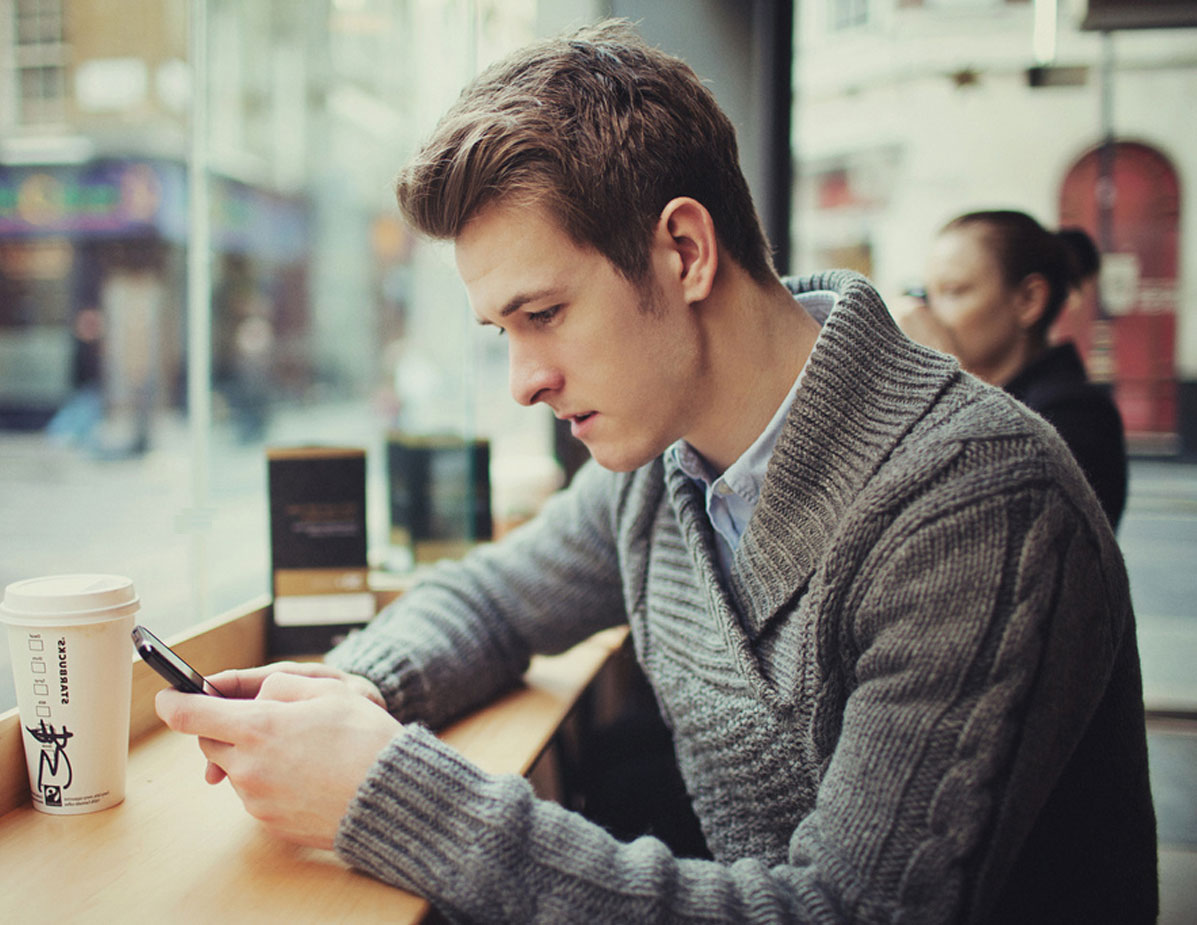 Meanwhile, Dr. Margaret Bruchac, assistant professor of anthropology at the University of Pennsylvania, thinks the object might be an iron blade, a popular trade item during the 1600s, though she does admit: “It does bear a rather uncanny resemblance, both in the way it’s being held and the way it focuses his attention, to a smartphone.”

A Groom Bows His Head During His Wedding Ceremony to Hide...