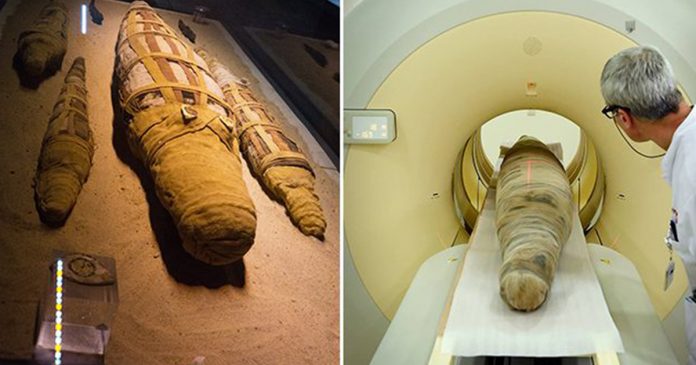 We’re mostly all familiar with the fact that the ancient Egyptians practiced mummification. And we’re aware they embalmed their favorite pets, such as cats, dogs, mongooses, monkeys, gazelles, and birds, to follow them in the afterlife. But, they also mummified crocodiles.

Scientists and staff from the Dutch National Museum of Antiquities were amazed by what they discovered after examining a mummified crocodile from ancient Egypt. The 3-meter-long (approx. 9.8 ft) mummified crocodile was examined with an up-to-date modern 3D CT scanner.

Whilst it had been examined previously in 1996 with a CT scanner, the one croc was actually revealed to be two crocodiles bound together. 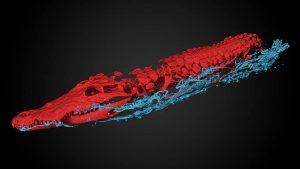 The discovery of the baby crocodiles provided researchers with new insight on the methods of crocodile mummification. The scans also revealed amulets arranged inside the linen wrappings. This helped researchers gain a better understanding and perception of their physical features, ages, and the whole embalming process.

Visitors to the museum are able to witness a virtual autopsy on the crocodiles’ mummy. 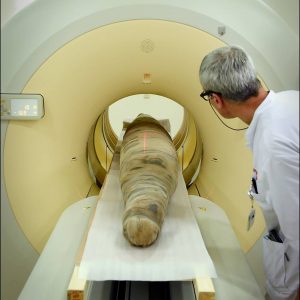 “…we weren’t really expecting any new discoveries. After all, the mummy had already been scanned. It was a big surprise that so many baby crocodiles could be detected with high-tech 3D scans and this interactive visualization,” read a press release from the museum’s curator.

Egyptologists who work at the museum state the reason the crocodiles were mummified together was to honor the god of the Nile, Sobek. Apparently, if there wasn’t a big enough crocodile available, they’d embalm two together.

The Kom Ombo temple was the largest center for worshiping Sobek during the Ptolemaic and Roman eras. According to Tour Egypt, the ancient Egyptians would keep crocodiles in pools and temples.

They would adorn the crocodiles with jewels in honor of the god Sobek. 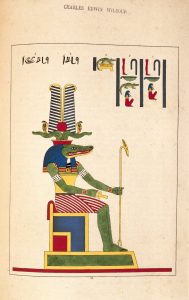 Sobek is depicted as a crocodile-headed god. He was adorned in a plumed headdress with a horned sun disk or the Atef crown, associating him with Amon-Ra, the chief deity of ancient Egypt.

The Egyptians mummified both infant and adult crocodiles, and even entombed crocodile eggs and fetuses with the dead in order to obtain the protection of Sobek in the afterlife.

There are many secrets from ancient Egypt we’re still coming to understand. We’ll keep our eyes open for more interesting finds relating to ancient Egypt.

This is how ‘peace’ (V) sign became so popular among East...