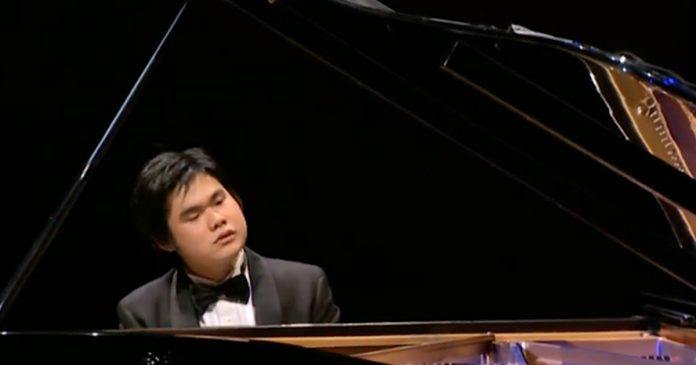 People often have a million excuses not to do something that requires a lot of effort. Since a very young age, Japanese piano maestro Nobuyuki Tsujii has been defying the world’s best excuses and turning them into fuel to make some of the most beautiful music. The accomplished pianist as been blind his entire life, but that’s never slowed him down.

Despite his disability, Tsujii has quickly risen to fame and notoriety in the world of classical music. He has played more than 160 concerts at locations around the world, including prestigious venues such as London’s Royal Albert Hall, and Carnegie Hall in New York.

His love and gift for music were recognized by his mother at a very young age. At only eight months old, his mother played a CD containing music by Polish composer Chopin. It was the first time she recognized her son’s talent.

“I wiggled my legs in time to the music,” Tsujii said.

Since then, she has done everything in her power to make sure that he had the opportunity to explore his love for music and that he was never slowed or discouraged by his blindness. Chopin remains Tsujii’s favorite composer, as he is inspired and moved by the “delicate, elegant, and romantic” music the composer produced.

Tsujii’s mother bought him a toy piano when he was two years old, and he began taking formal lessons when he was four. It’s been nothing but diligent, heartfelt practice since then, and he has learned how to make his disability a non-factor when he is playing the piano.

Tsujii is able to read braille, and he has learned a number of classical pieces that way. But there is a comparatively small number of compositions available to the blind via braille sheet music, and so he often relies on learning music by ear.

Relying on his other senses is nothing new to him, though.

“From a very young age, my mother gave me experiences outside of music,” Tsujii said.

His upbringing fueled a sense of curiosity and adventure that he says helps inform him in his art. “I love sport, I love swimming, skiing. The more I experience, the more positive things it brings me as a musician.”

In time, Tsujii has learned not to view his blindness as a disability, but rather as a way of leaning on his other senses. Playing alongside accomplished musicians around the world, when the rest of the ensemble is looking at the conductor for guidance, Tsujii follows the sound of his breath.

Tsujii has already accomplished so much, but he is always looking for ways to improve and create.

“It is good at the beginning to be faithful and precise but afterwards I tried to interpret (the music) and that is very important, difficult and deep,” he said.

Tsujii’s willingness to explore the world around him from his unique perspective has produced truly awe-inspiring results. In 2011, he wrote an elegy for the victims of the tsunami and earthquake in Japan that quickly received 13 million views on Youtube.

He was also named a joint recipient of the prestigious Van Cliburn gold medal in 2009; the international competition is held every four years to recognize the top pianists in the world.

A blind pianist performing at such a high level is very rare, but Nobuyuki Tsujii has always defied the odds, inspiring millions around the globe.