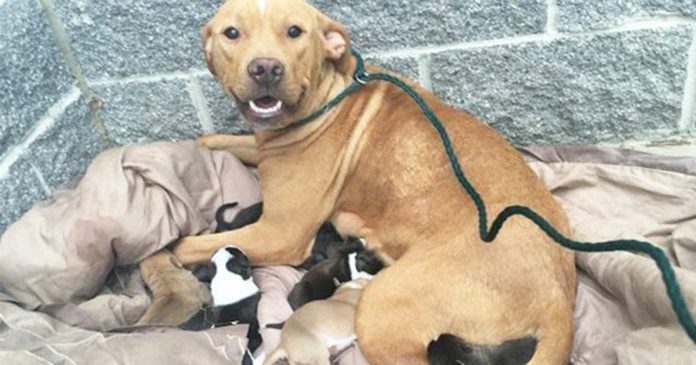 Animals that have become mothers are, like humans, loving and protective of their children from the day they are born and wish to ensure no danger befalls them. This “very dedicated” pit bull mom stayed with her puppies even after they were abandoned on a doorstep.

In June 2016, staff at the Sacramento Society for the Prevention of Cruelty to Animals (SSPCA) in California arrived at work to find a pit bull mom and her newborn puppies sitting in front of the shelter.

They noticed that the dog was not chained up and had been left without food or water, but the pit bull mom, nevertheless, stayed with her puppies. 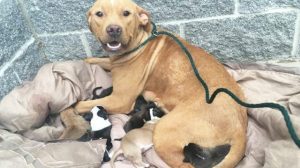 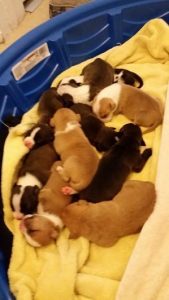 “We’re not sure how she came to be at the shelter,” SSPCA’s foster care coordinator, Sarah Varanini, told The Dodo. 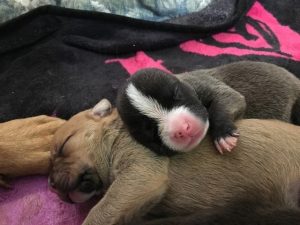 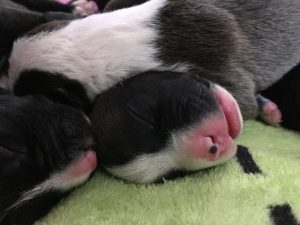 “Although she was still bleeding a little, there wasn’t the large amount that you would usually see from a birth, especially of 10 pups, so we are assuming that she gave birth some place else and was dropped at the shelter shortly after,” she added.

“She [was] … just left there. It’s a testament to the bonds of motherhood that she didn’t up and walk away during the night. She’s very dedicated to those little babies,” Varanini said. 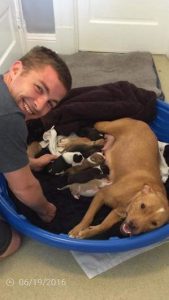 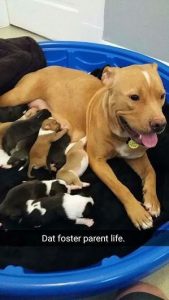 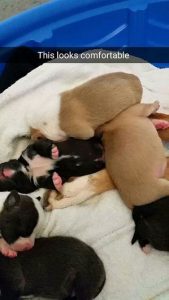 Though it was not easy to locate a home for the large family, they managed to find a foster home and a new owner who was delighted to have them. 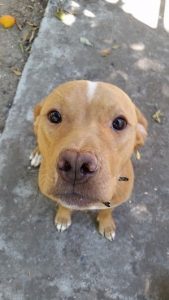 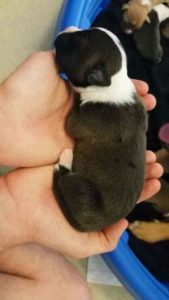 He snapped photos of the mom and pups and posted them on social media. 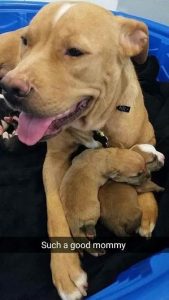 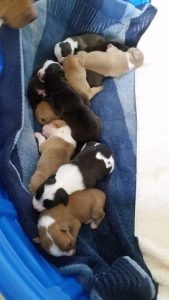 SSPCA added that the 1-year-old pit bull mom was “amazingly sweet” to everyone around her, even when they handled her puppies.

A proud aboriginal grandfather traveled 3,000 kilometers to dance with his...