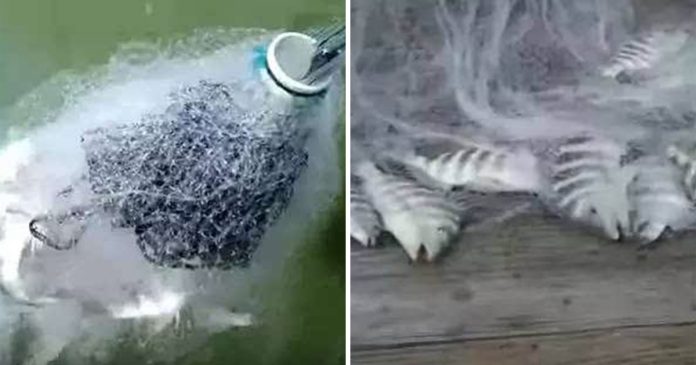 A man and his friend were at the jetty, fishing, and they were lucky enough to catch a net full of fish. But when they examined their catch, it left them in utter shock.

Man throwing his net into the sea.

It was a good catch! His net was full of fish! They were very happy! 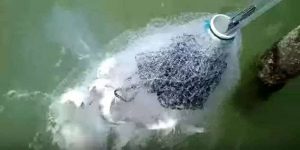 Spotted caught in the net, fishes with stripes on their body.

When they had a look at the fish they had caught, they soon realised that these fish were quite unusual from thier usual catch.

One of the fishes had its mouth wide open, as if it was gasping for the last few breath.

However, it seems something was growing inside their mouth! They had a closer examination of that fish and it gave both men a fright!

These fishes had teeth growing in their mouths and they looked like human teeth!

This fish with strange teeth growing in its mouth looked absolutely frightening.

They quickly released the fish out of their net.

They carefully examined this strange fish. This fish with human teeth looked scary!

Who dares enough to eat them?