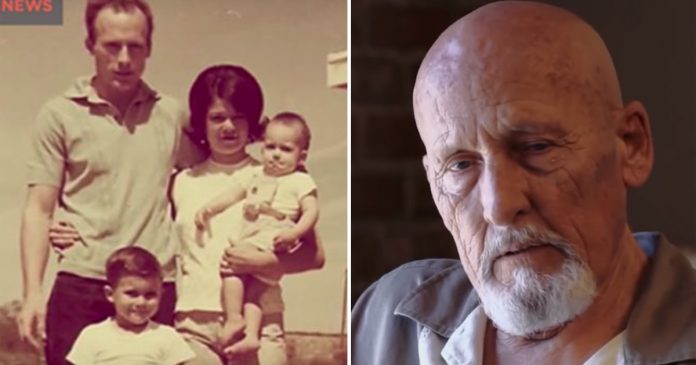 He was one of the meanest dealers on the Los Angeles streets: cold, callous, always looking for the next fix. Gangs along the U.S. border called him “El Diablo.” He was a drug dealer, a drug abuser, a bank robber, a murderer. But when he came home at night, he was a father of four.

Nick Sidebottom, aka “El Diablo,” was addicted to heroin for 50 years.

“I OD’d 4 times,” Sidebottom said in an interview with the Union Rescue Mission. “I had no respect for life, for anybody’s life.”

Nick Sidebottom, aka “Pops,” talked about his family in a gentle tone. Whenever he thought about his kids or mentioned his wife, the sentiment of love was enough to thaw the coldest of hearts.

“She had joy,” he said about his wife to the Union Rescue Mission. “She sparkled and laughed easily. She was everything I wanted in a woman. But I couldn’t stay clean.”

The itch for another fix of heroin was overwhelming.

“My wife asked me one time,” he told HooplaHa, “she said, ‘Honey, if I told you that I was gonna leave and you either had to give me up or your addiction up, what would you do?’ And I said, ‘I’ll see you later, baby.’ ”

He took a shot of heroin, said goodbye to his family, and walked out the door. He didn’t come back for 30 years.

It took a message from God to change his ways. 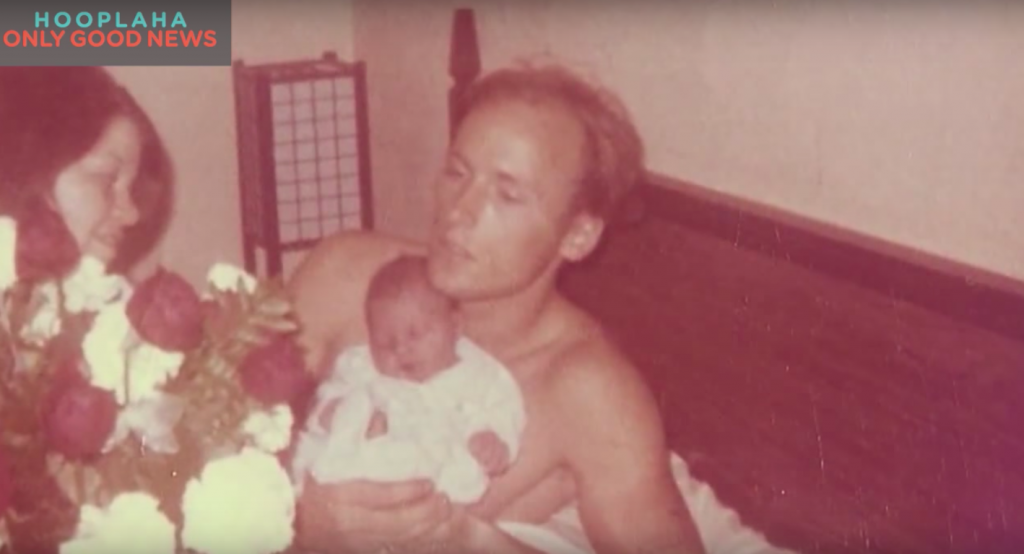 When Sidebottom was 12, he was jailed for stealing a car. By age 15, he had discovered heroin and since then, he was addicted.

His addiction fueled his bad side. He robbed banks for heroin. He smashed gangsters’ faces in for it. He left his wife and kids because of it.

Sidebottom knew no fear all his life, but when he moved to LA and spent decades alone, dealing drugs, he needed heroin, alcohol, morphine, and methadone to numb the dull throb of missing his family. But he knew he couldn’t expose his children to his dangerous lifestyle so he left, to make sure that never happened.

“I thought about my wife and kids every night and wept,” he told the Union Rescue Mission. “I prayed to God to get me out of the hole I was in, but I was just totally lost.”

Then, God answered. At 3 AM when Sidebottom was dealing with two other guys in LA, sitting on the couch, surrounded by drugs, his head suddenly snapped to the Christian program on the television. No holy light shone on him, no booming voice called to him. The message he heard was simple: “You need to get in. You need to get in.”

At 66 years old, Sidebottom knew he was dying, but he also knew he had just enough time left to get his act cleaned up.

His life completely changed when he walked through the doors. 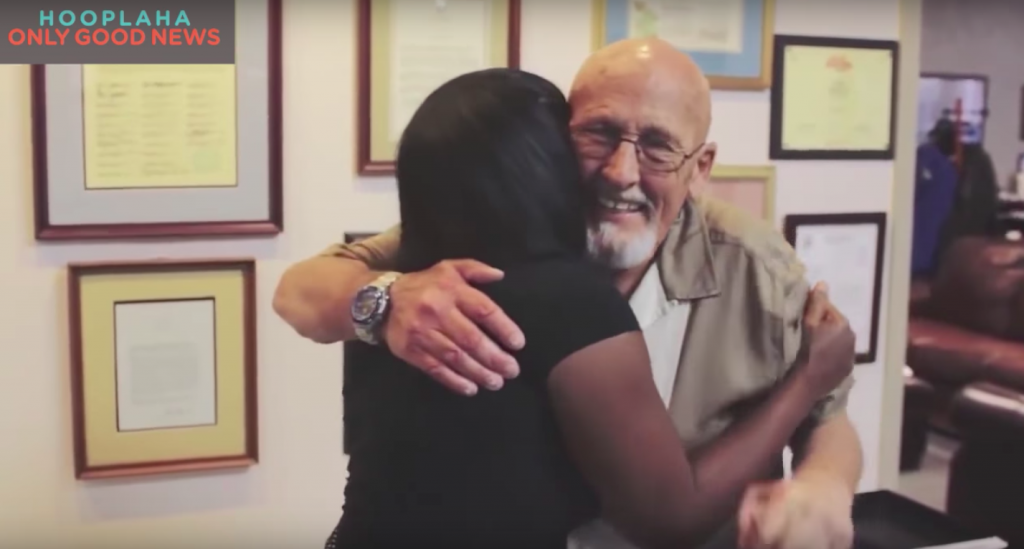 He followed the message: he got in, but not to any church. He walked into the Union Rescue Mission building in Skid Row, LA, and he enrolled himself in the Christian Life Discipleship Program in 2009.

He got clean. He kicked his lifelong heroin addiction, his need for alcohol, morphine, and methadone. The Mission group showed him forgiveness and understanding.

“When you consider the fact that I murdered people, and that I dealt drugs which a lot of people of died from, and the crimes that I’ve done, they give me a lot of love,” he told the Union Mission Rescue. “And I’ve never experienced that before, never.”

When he finished the program, he stayed with the Mission group to be a mentor for other addicts, helping them to get off the street, and to also work at the hygiene department in the Mission building. It was there he got the nickname “Pops”–a deferential, paternal sort of nickname for a man that used to terrorize the streets. The people that came through his doors  respected him.

But even though he had gotten clean and adopted a new nickname, he still had the most terrifying obstacle left: going home.

It had been 30 years since they’d seen each other’s faces. 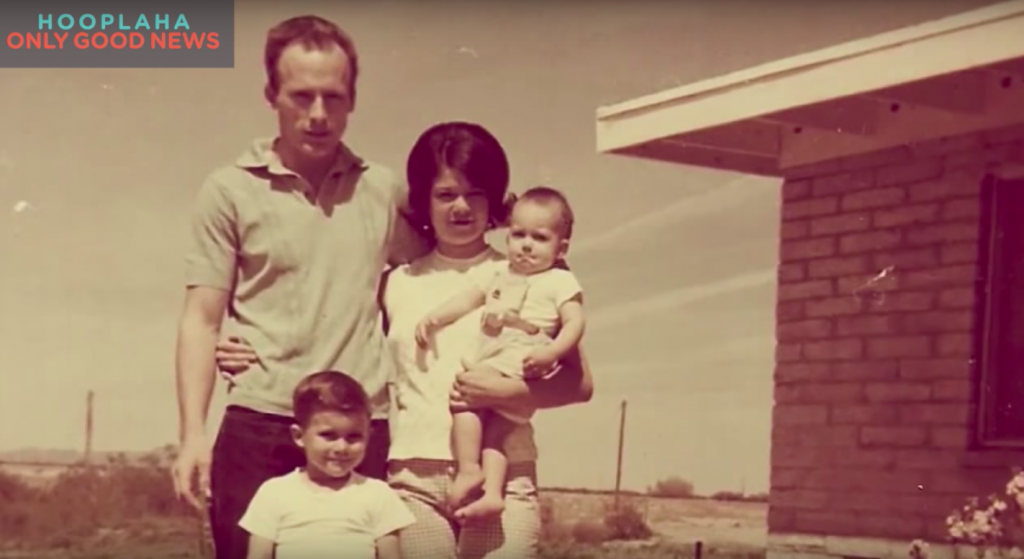 The first year Sidebottom was enrolled in the program, he didn’t want to contact his family. Not yet. Not until he was sure he could live, that he could toughen it out for long enough. But when his health returned, he knew he had to see his kids.

He opened a Facebook profile and reached out to anyone who knew where they were. It was his granddaughter, Tina, that finally saw his account. She told Sidebottom’s children, “I found him.”

Sidebottom didn’t scare easily, but when he got a message from Tina and boarded an airplane to finally see his family, he was terrified.

“And you never know that feeling, when I got off that plane and went down them steps,” he told HooplaHa. “And my daughter and my son just come runnin’, and just fell on me. Crying. I, I was speechless for a moment. I try to tell them, I wanted to apologize. I said, ‘I’m sorry, man. I’m really sorry,’ and [my son] said, ‘No. That was yesterday, this is today.’ Like 30 years was just a ‘yesterday.’ ”

He spent the next month talking with his family.

He learned that his eldest son died at 35-years-old because of severe asthma problems and aggressive steroid treatment. His ex-wife and kids learned about his time on the streets, what he did before he found God, and his work with the Mission group.

“My wife just kept watching and watching me, amazed at how much I’d changed,” he told the Union Rescue Mission. But his time with them had to be temporary.

He couldn’t stay. His ex-wife was the first to say it, but he knew she was right.

Sidebottom spent the rest of his years working with the Mission and rehabilitating addicts, some as starry-eyed and young as 19. He found purpose and faith and followed that to the very end of the line. On April 26, 2015, Sidebottom died after a long illness finally claimed him. “El Diablo” and “Pops” perished by his side, both irrevocably marking his life. It’s impossible to say which did more, but all that’s certain is this: Sidebottom left the world a very different man.

“As long as my kids and my wife are missing, that’s a part of me that’s missing, you know?” he told HooplaHa, recalling when he first saw them after 30 years. “And now, I’ve got my family? How can I lose, man? I mean, I got life now. I got life.”

Watch an interview with him here:

Young lady records videos of herself dancing with her sick grandmother...