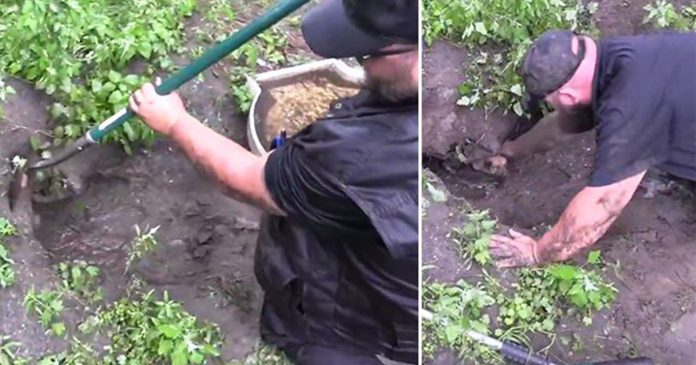 When a Michigan resident heard some unfamiliar noises coming from his backyard, he quickly went out to investigate and realized that the “strange cries” were actually squeals of puppies that were stuck in a mud pit.

Eleven mud-caked puppies stuck in a wet hole were lucky to be saved after a heavy rainstorm inundated their underground “cave,” with more rain expected to fall soon. 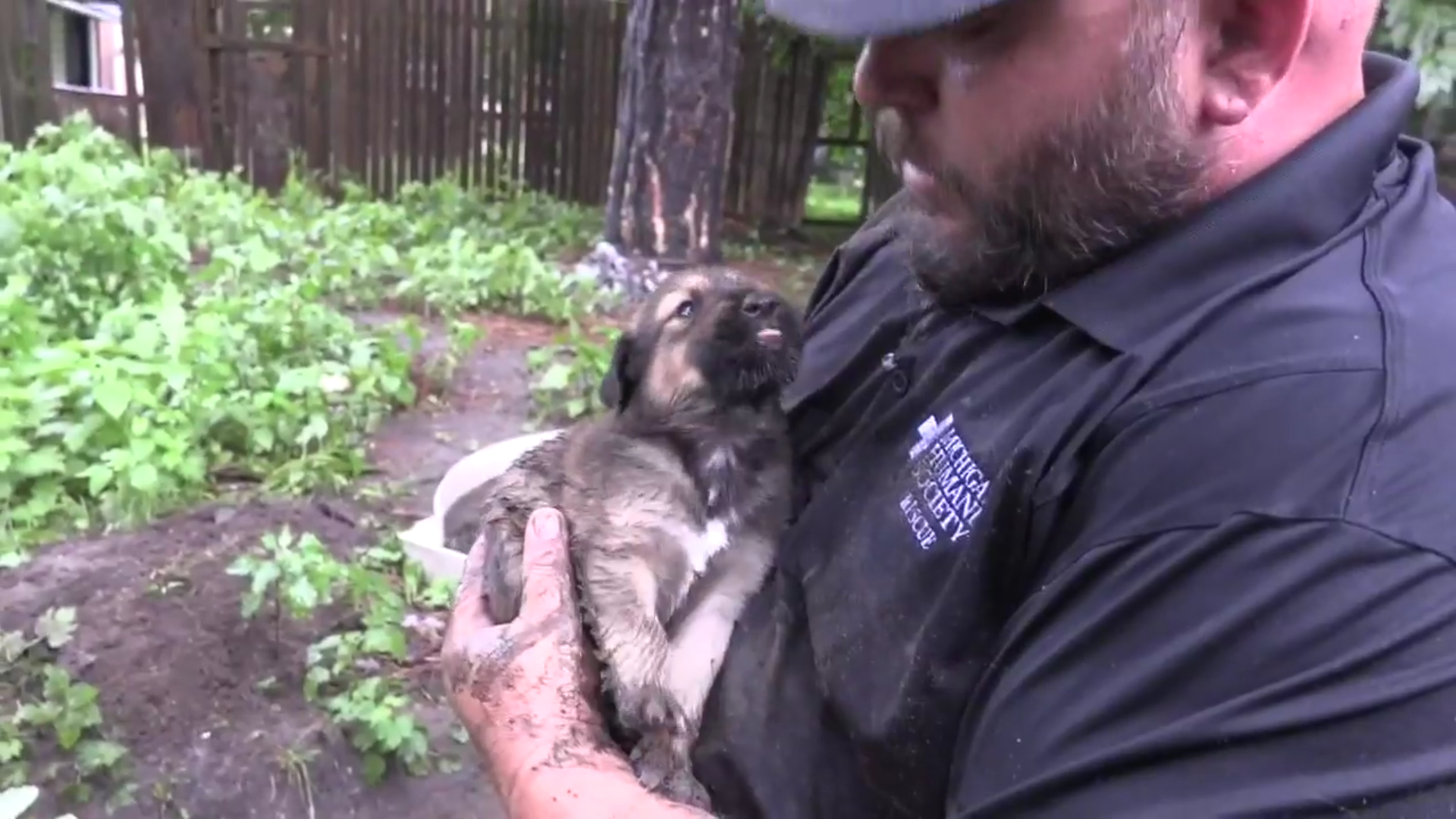 As many as 11 puppies were saved in Detroit, Michigan, from drowning in a muddy hole on July 12. The city was hit by a heavy rainstorm, which caused the area to be wet and muddy. 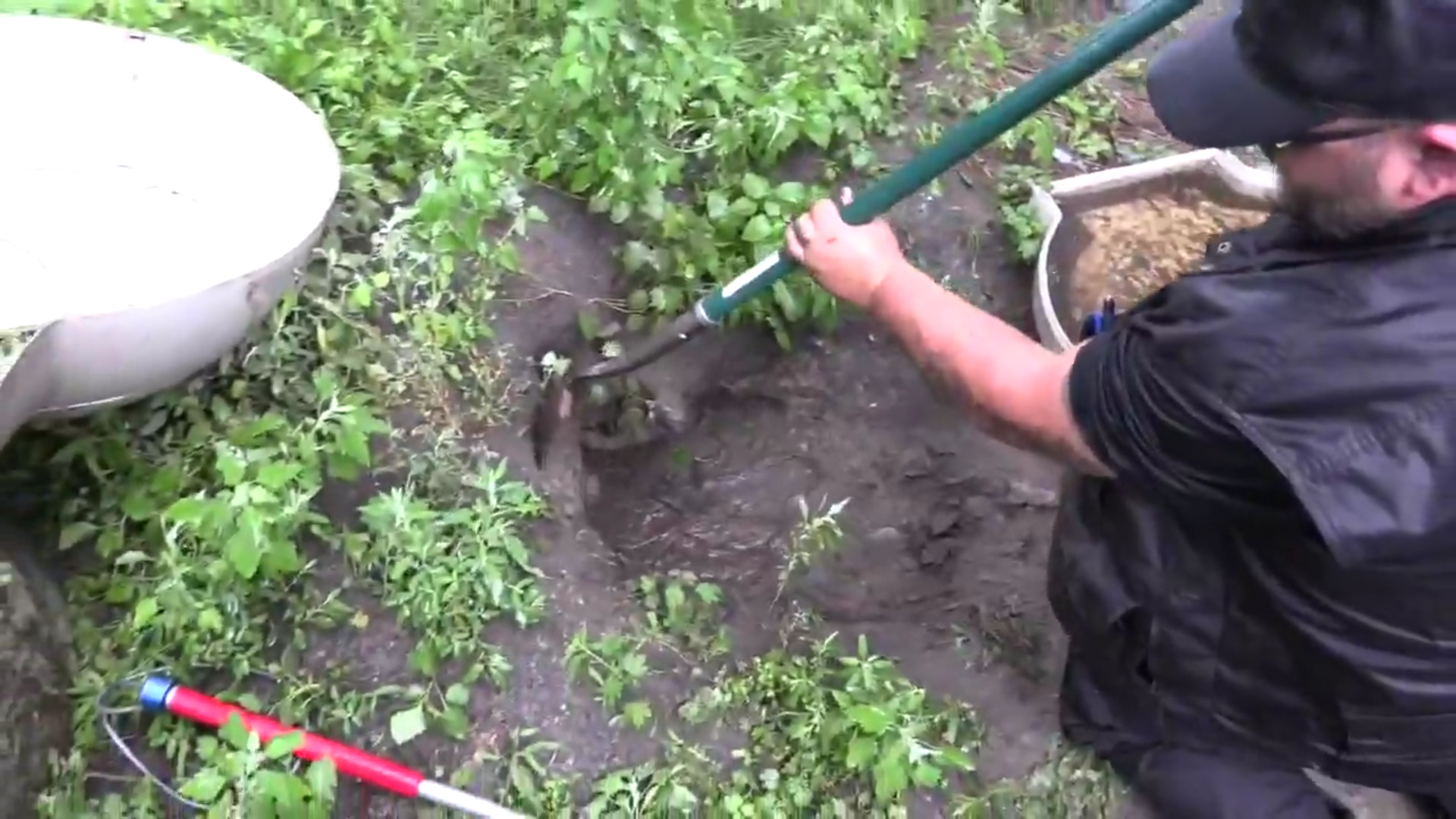 He started to dig, but was worried the hole would cave in, so he had to lie down and stretch his arm right inside. “It’s like a little cave under there,” he exclaims. 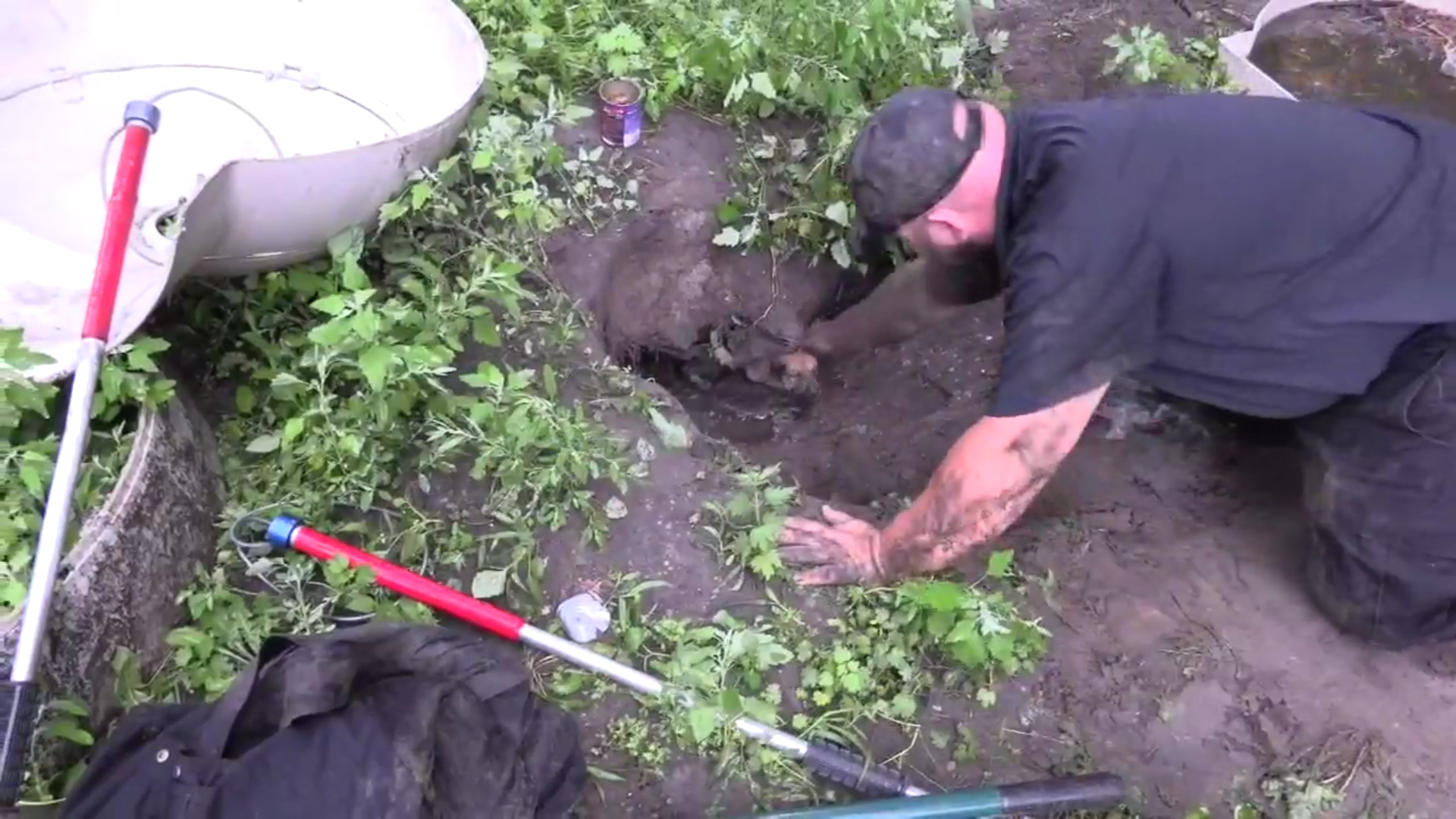 When Ouwerkerk managed to grab one puppy out, the pup was squealing and afraid.

But the rescue worker quickly assured the little pup that everything was fine. 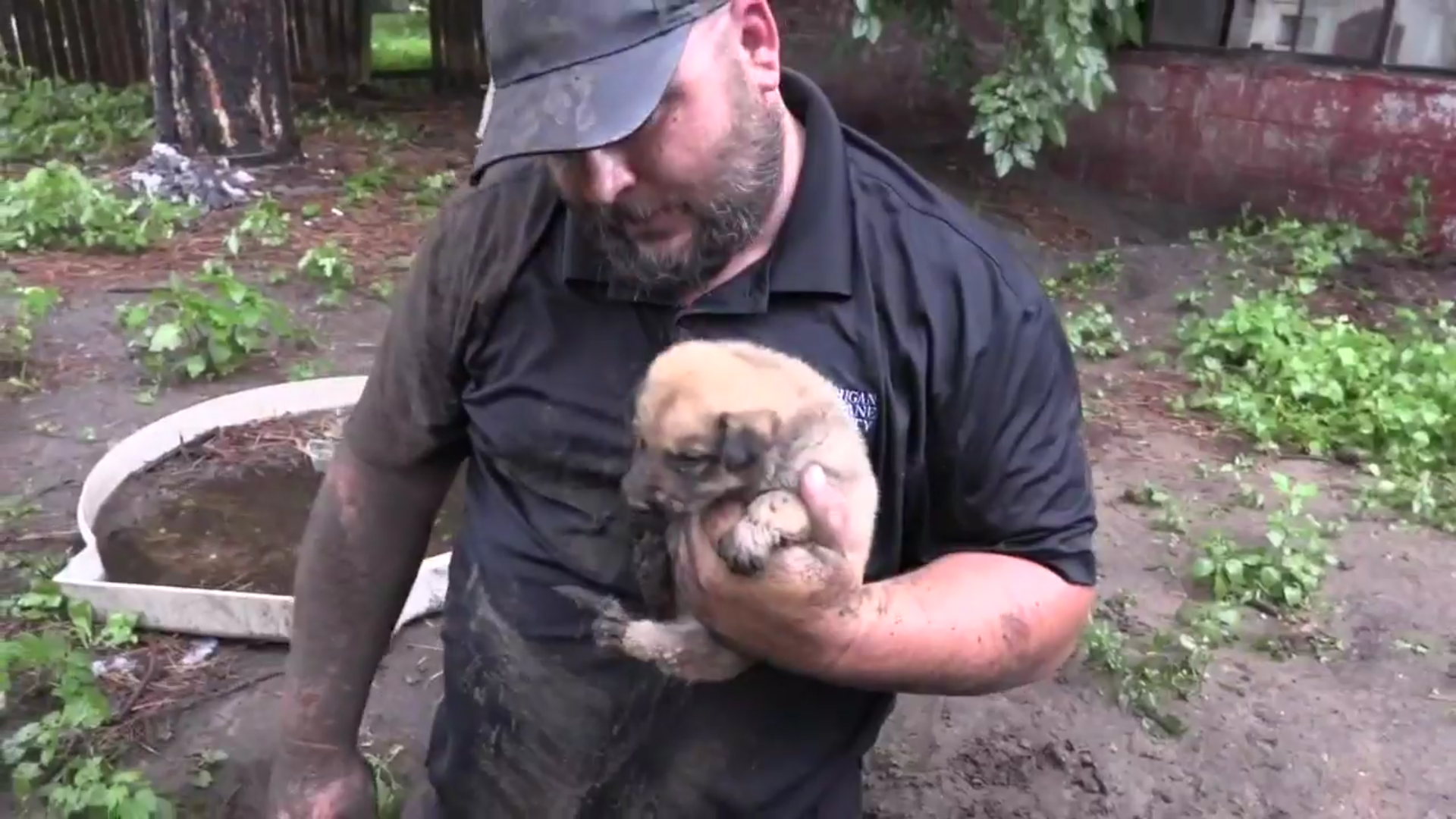 “You’re okay! You’re okay! I think I got you beat on the mud though. I’m muddier than you are,” he’s heard saying in the video.

As he hands the little puppy over to his colleague, he humorously comments, “He’s a talker.”

Luckily, these guys arrived just in time, as more rain was predicted. 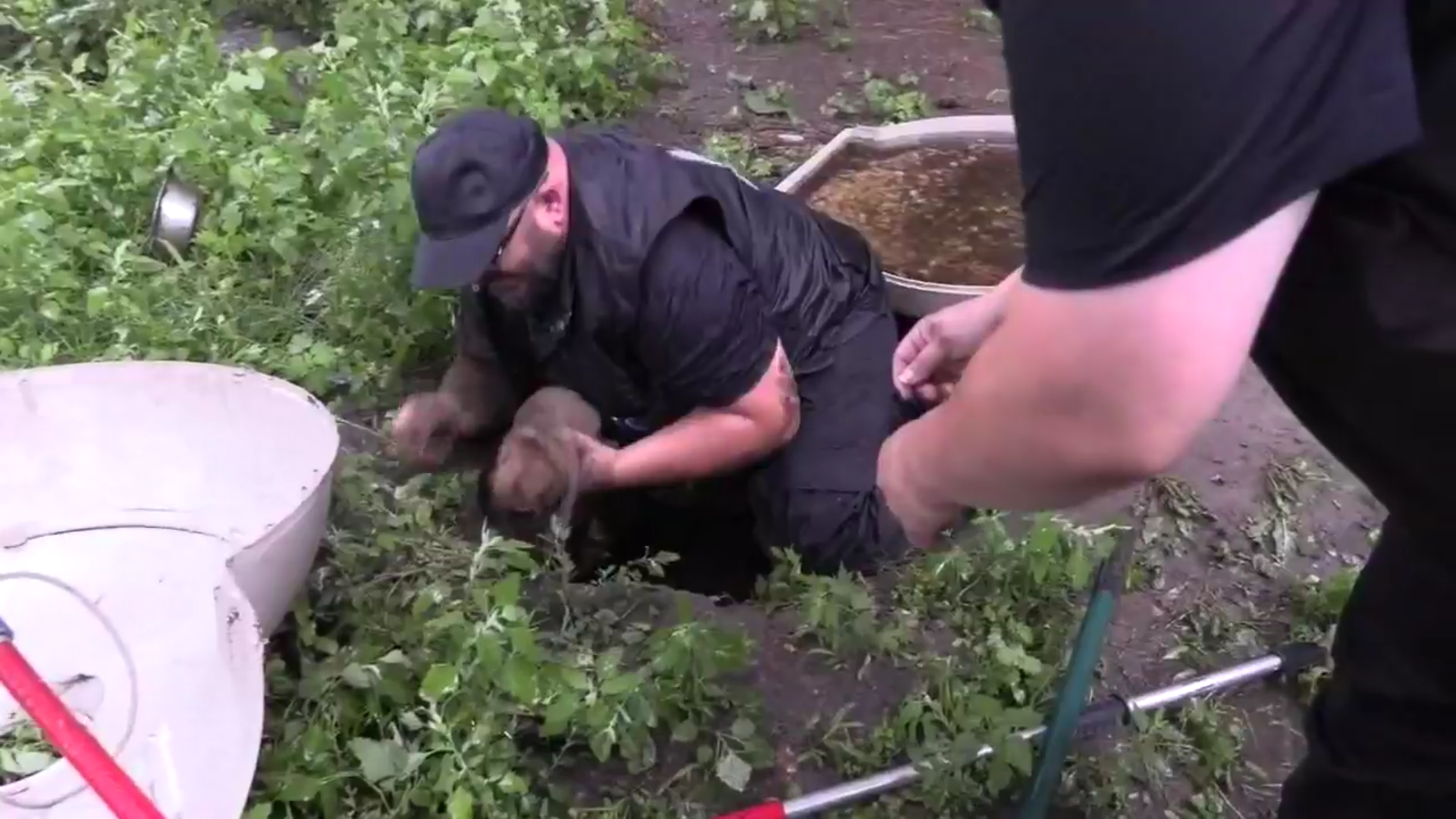 “Without mom and with all the rain that is coming today. As you can tell it’s all wet and muddy down there and those guys are wet and muddy,” said Ouwerkerk. 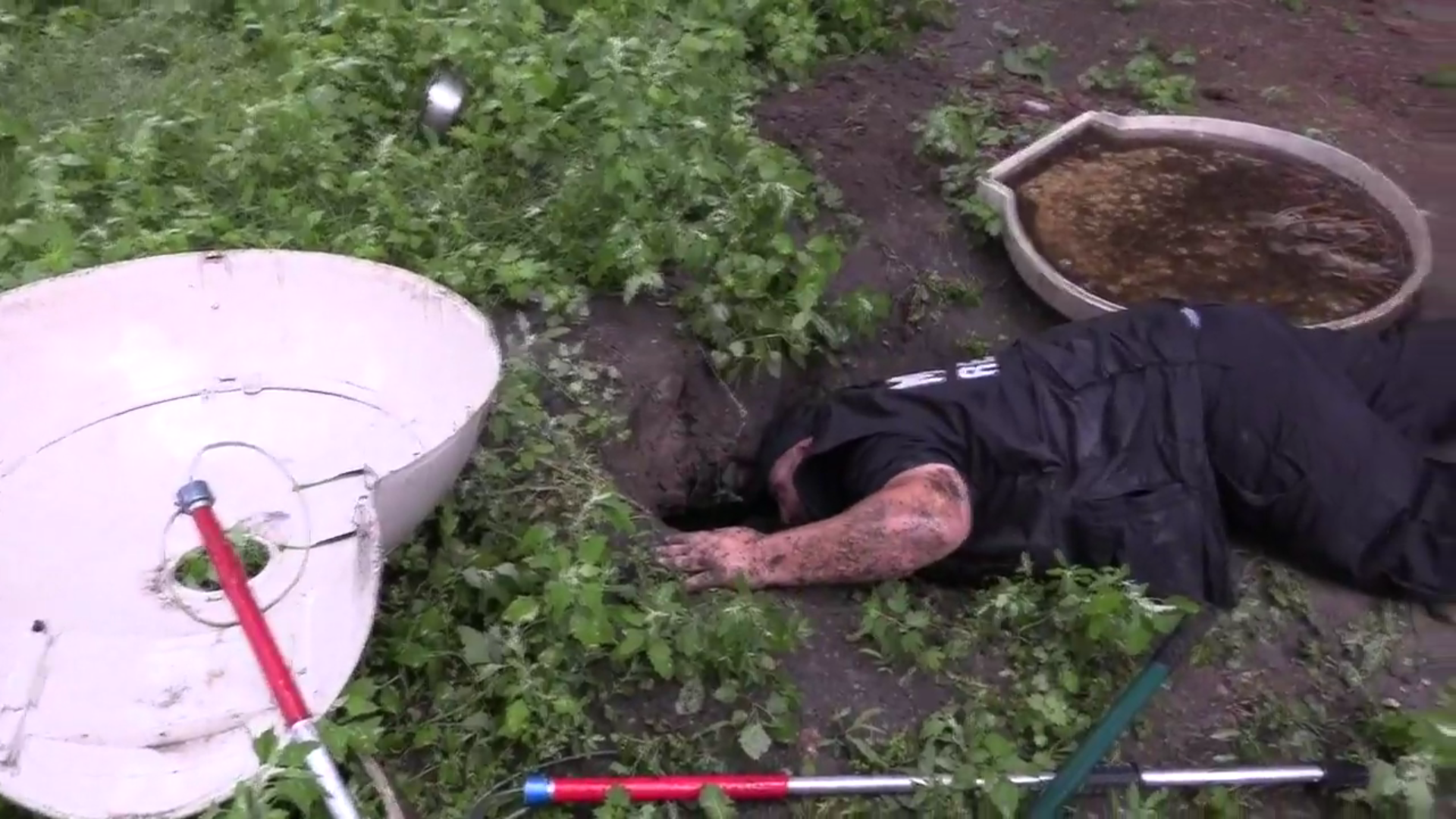 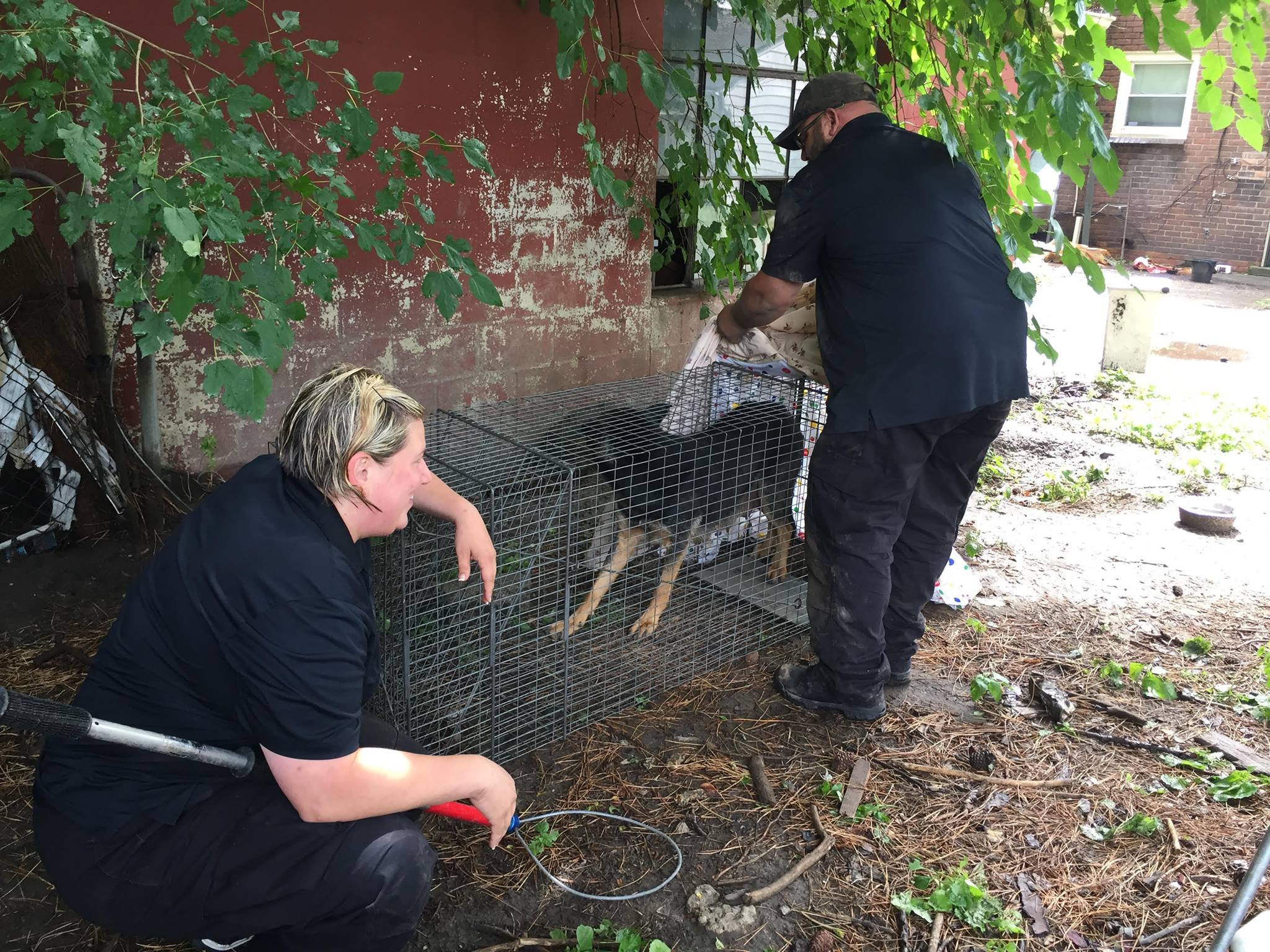 After the 11 puppies were safe and sound, the humane society workers set up a trap for the puppies’ mom, pictured above, and later reunited her with her litter.

At almost the end of the rescue operation, which was uploaded as a 33-minute videoon the MHS Facebook page, Ouwerkerk exclaims—“I am filthy!”

Everyone would agree that it was certainly worth it to get a little muddy on this occasion. Great job to these wonderful people!