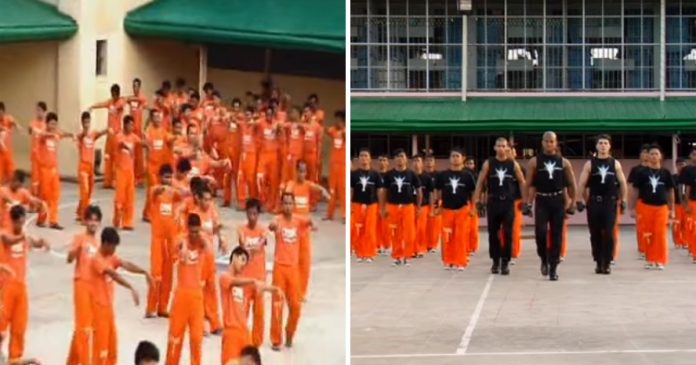 The Cebu Provincial Detention and Rehabilitation Centre (CPDRC), a prison located in the Philippines is famous for their own unique way of therapy where the prisoners perform dance routines as part of their daily exercise and therapy.

The prisoners of CPDRC performed ‘They Don’t Care About Us’

Most of their dance routines are choreographed to Michael Jackson’s popular songs such as ‘Thriller’, ‘They Don’t Care About Us’ and ‘I’ll Be There’. Their most popular dance routine is ‘Thriller’ which became viral after millions watched their video on Youtube.

One of their formations in their dance routine; a peace symbol 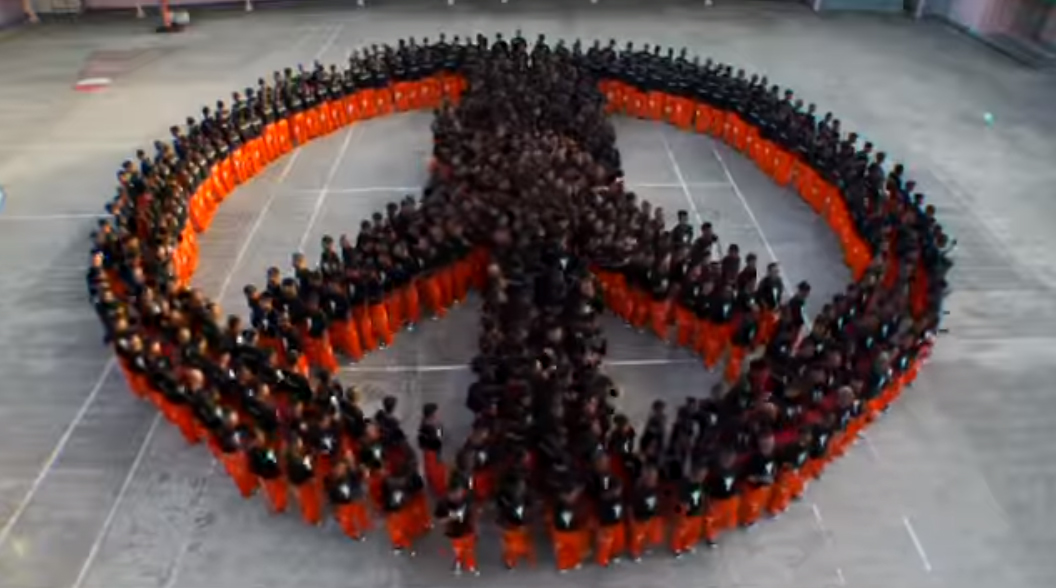 Byron Garcia whom is their security advisor came up with the idea that dancing is an efficient way for the prisoners to relieve their stress while at the same time help them to be disciplined and to prevent violence among them. He was also the one whom uploaded their first viral video on Youtube in 2007. The video has now amassed over 57 million views!

Watch the original video which starts it all here!

In 2010, they came up with another dance performance, this time, choreographed to Michael Jackson’s ‘They Don’t Care About Us’ which is about the struggle of the inmates about societies’ scepticism on them.

It has also featured Michael Jackson’s choreographer, Travis Payne and dancers Daniel Celebre and Dres Reid. Travis Payne commented after being asked about his experience working with the prisoners, “That was the most moving experience that I could have imagined. I didn’t know that it would be so special. I knew that we were going there to celebrate Michael.”

These prisoners have proven that dancing comes with tons of benefits and they have been enjoying their dance therapy since it was first introduced in the prison. Also, it looks like they have incredible talent at dancing too! What do you think about their powerful dance routines?

[Video] 9+ wonderful ways to use the toothpaste that you wish...