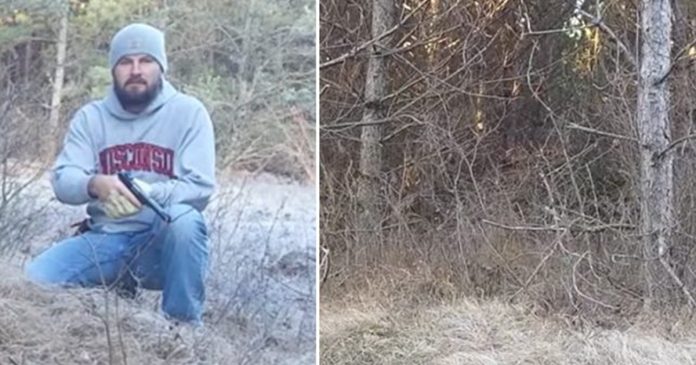 This Wisconsin hunter often traps wild animals in the woods but was shocked to find himself face-to-face with a fierce beast one day. His coyote trap had snagged something like a coyote, only bigger and much more powerful.

John Oens’s longtime hobby is hunting and trapping wild animals in the woods. In his 30 years of trapping, he has caught various animals such as Canada lynxes, red foxes, coyotes, and bobcats. However, one day, Oens caught an animal he didn’t expect; it was a timber wolf.

The trap that Oens had chosen, when used correctly, would not harm the animal, as it has no teeth. 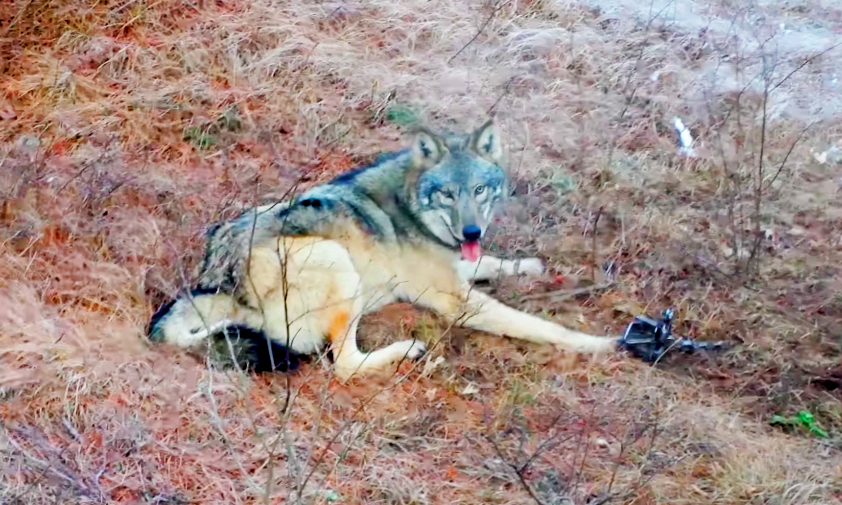 Designed to catch small- to medium-sized animals, the trap will hold its paw in place without causing injury, and only a human hand can release it.

One day in 2015, Oens went out into the woods with his father and a friend, and, before they’d even gotten near the trap, they heard sounds and thought it might be a coyote.

But Oens stopped in his tracks when he found himself staring into the eyes of a timber wolf, something he never imagined he’d find. 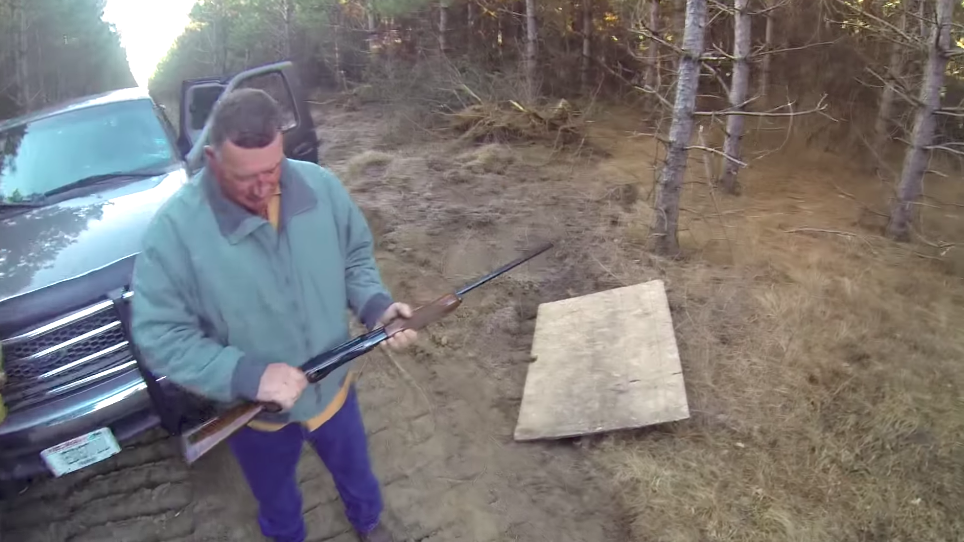 Though it was a beautiful animal, Oens knew he had to release it, as timber wolves are on the Federal list of Endangered Species. 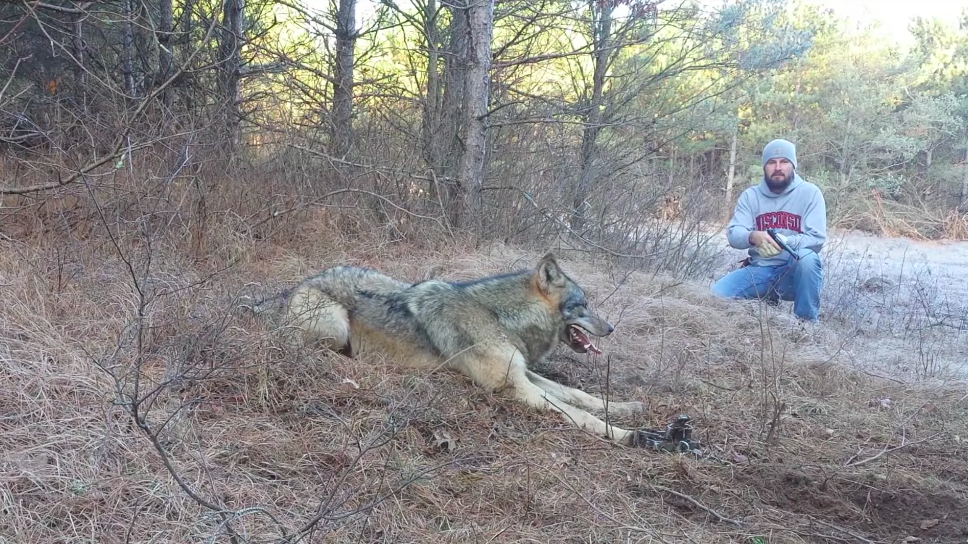 Moreover, it is illegal to hunt them in Wisconsin, and doing so could result in a $25,000 fine and up to six months in jail.

He had to release the wolf, and that would be no simple task, for, although timber wolves normally avoid humans, and it is rare for them to attack humans (though such attacks do happen), getting close enough to release the trap, so close to a vicious animal that is already terrified enough, could prove tricky and more than a little bit dangerous.

Fortunately, Oens’s father had an idea: to use a heavy piece of plywood to serve as a barrier between Oens and the wolf.

A small notch made on the bottom end of the sheet would allow the wolf’s paw to fit through and allow Oens to get close enough to release the trap. 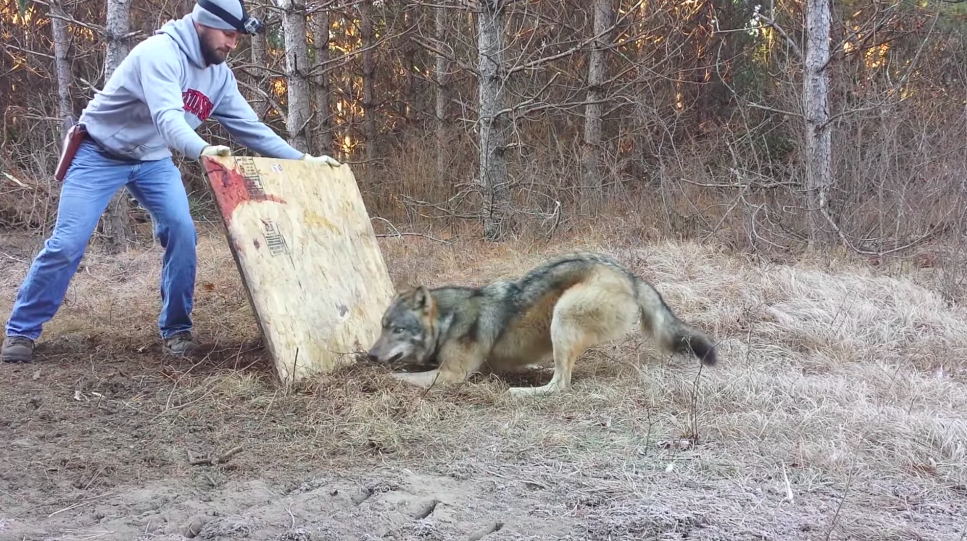 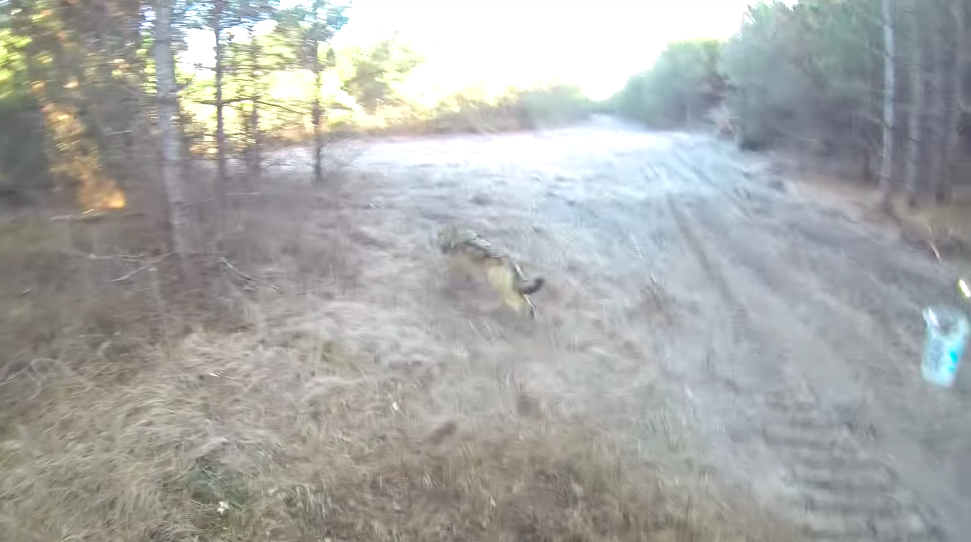 When the animal saw Oens positioning the plywood sheet in front of him, it became frightened. To the wolf’s alarm, Oens advanced closer and got right over the top of the wolf’s paw. The frightened animal snapped its jaws in vain against the wood sheet. Once the heavy board was in place, Oens released the trap, freeing its paw, allowing the wolf to dart off into the treeline.

Watch Oen’s timber wolf adventure in the video below: