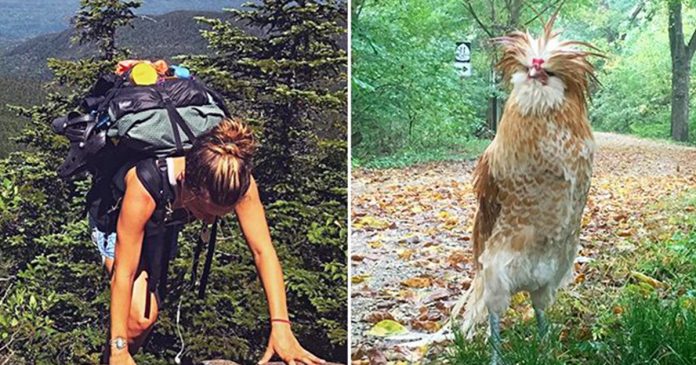 This animal activist and self-proclaimed “chicken whisperer” left her job with the Humane League to fulfill a dream to hike the world-famous Appalachian National Trail. While on her journey, quite by accident, she came across the most fortuitous traveling companion … of the rooster variety.

Heather Bolint, 31, was planning for the hike of a lifetime. 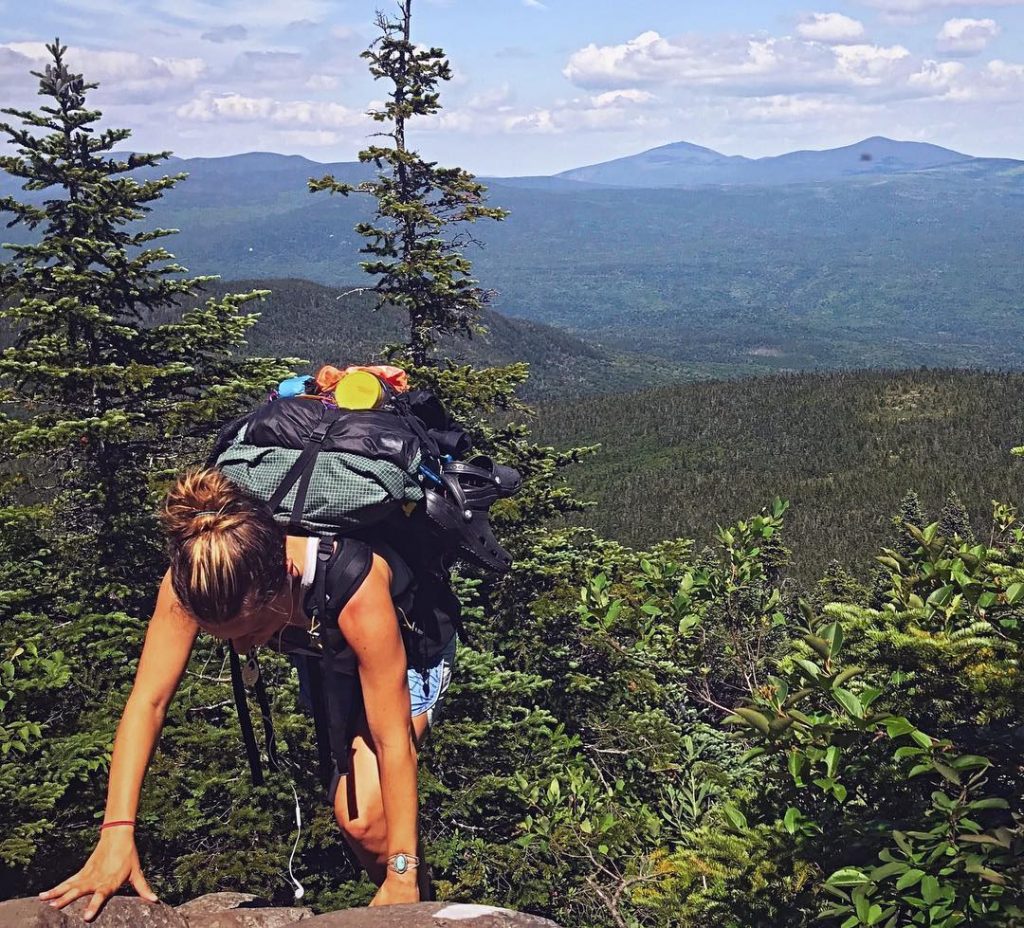 The scenic trail, situated in the wilderness of the ancient Appalachian mountains, is home to wild animals like the American black bear, deer, and reptiles like the timber rattlesnake. An exotic rooster was the last thing she expected to find!

Having already traveled 1,124 miles, Bolint was in Pennsylvania, just half a mile to the Mason Dixon line. That’s when she encountered what she described as a very “fancy” rooster on the trail from out of nowhere. “I was completely incredulous when I found him,” Bolint told TODAY.

The exotic specimen, it turned out, was a Polish crested rooster with lovely gold and white feathers. 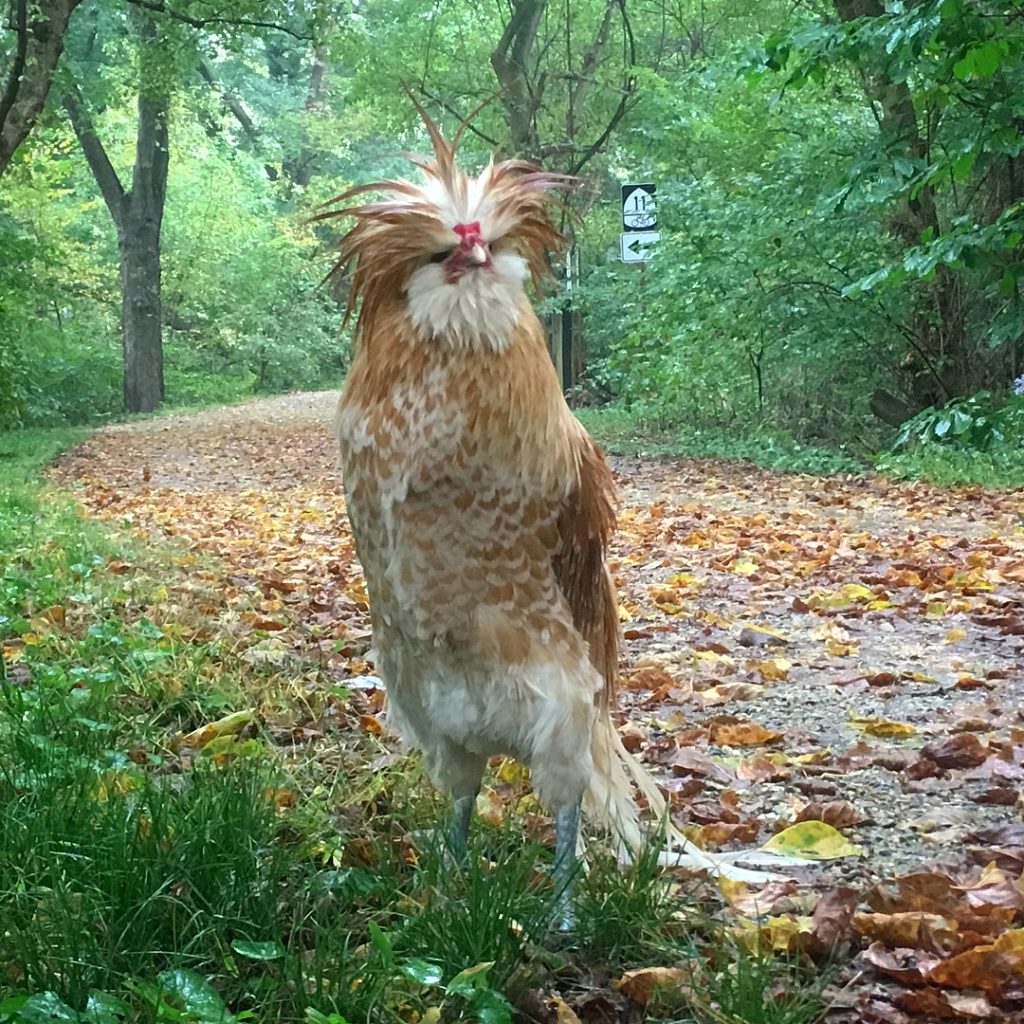 Heather wasn’t sure if the rooster’s owner would come to claim him, so she took a rest break and waited for a while. 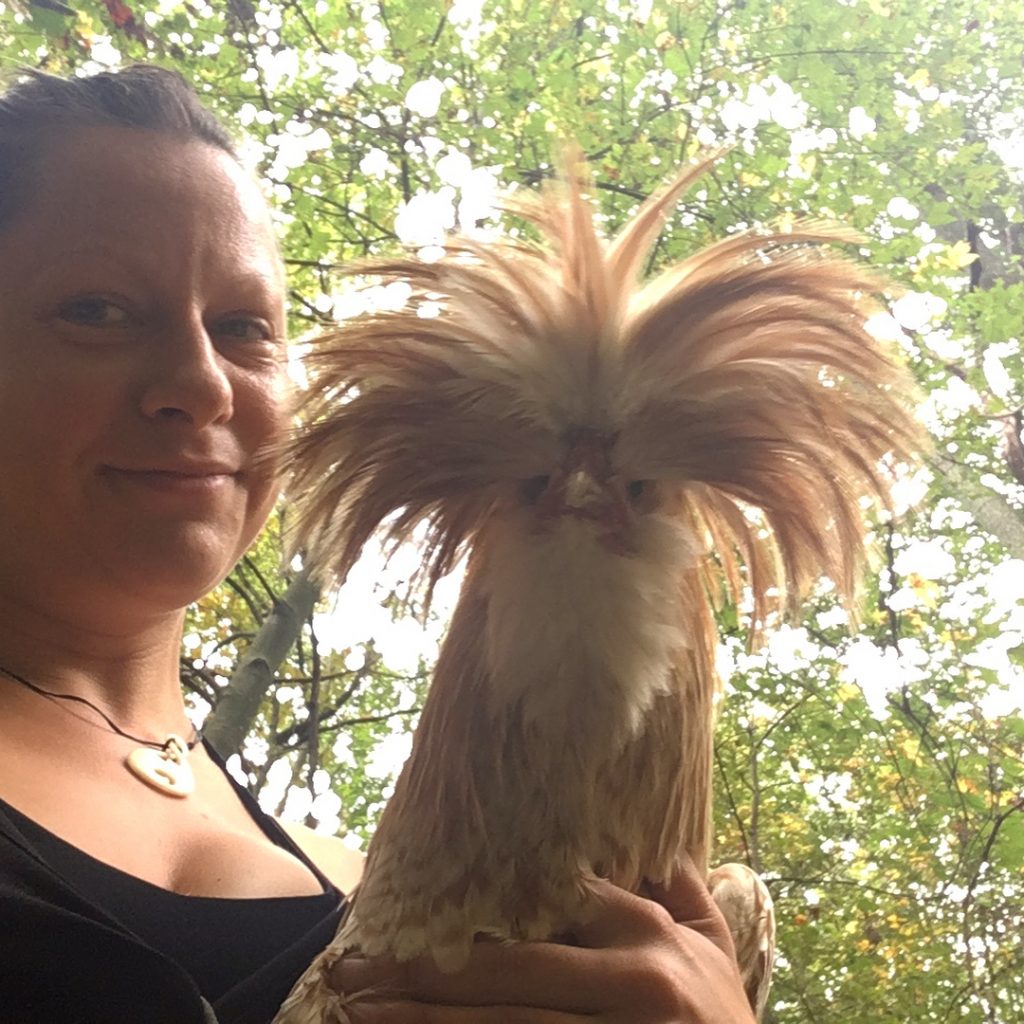 There were no houses in the area, and the rural road was 30 feet away.

“But he just stuck around,” she said. “I was afraid that someone just dropped him off here because it was a quiet country road, and because he was a rooster, which people don’t always desire.”

Heather is an animal activist and calls herself “the chicken whisper,” so it seemed quite a coincidence that she would encounter one on her travels! The rooster, who seemed in need of someone to care for him, became her unlikely traveling companion that day.

She named him Eddie. 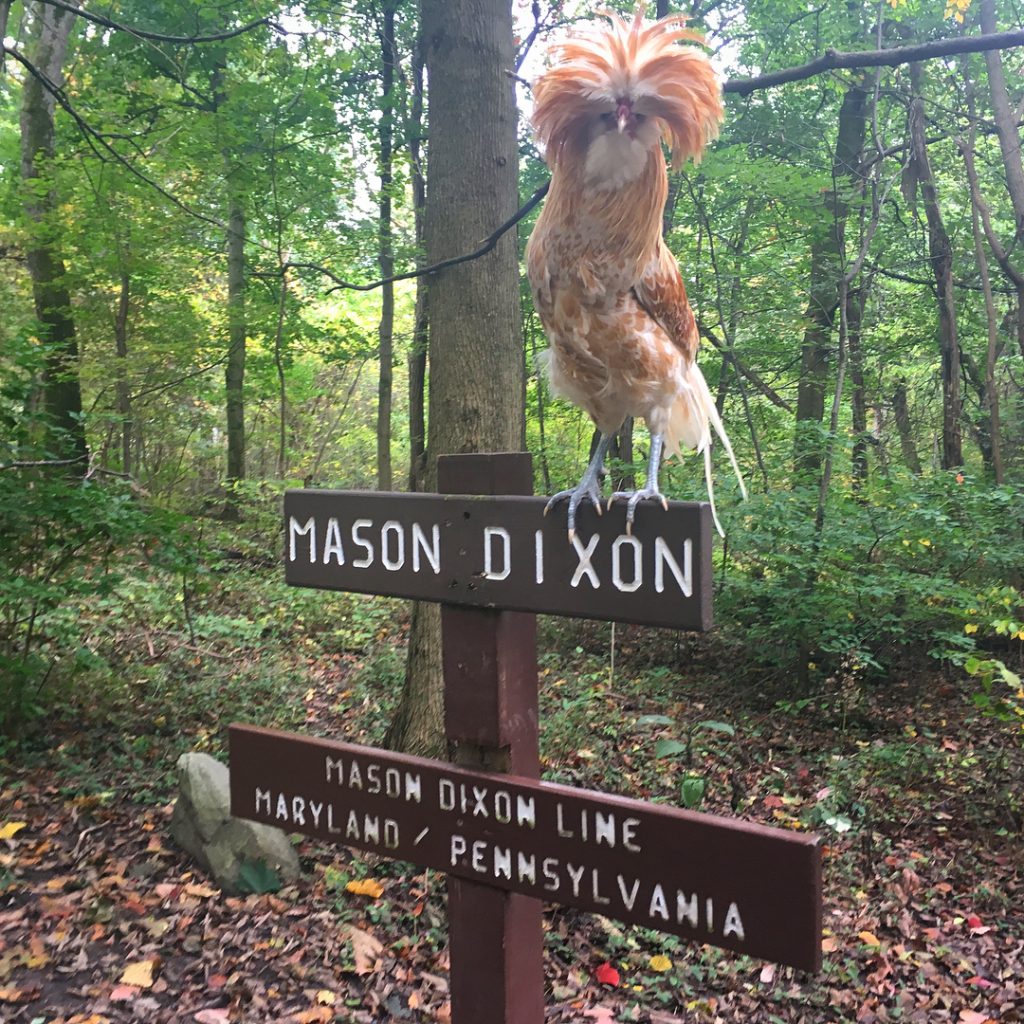 “I held him in my arms and continued 15 more miles in 80 degree, humid weather until the sun began to set,” she later told The Dodo.

Heather hiked 24 hours from Pennsylvania to West Virginia, a distance of 42 miles. 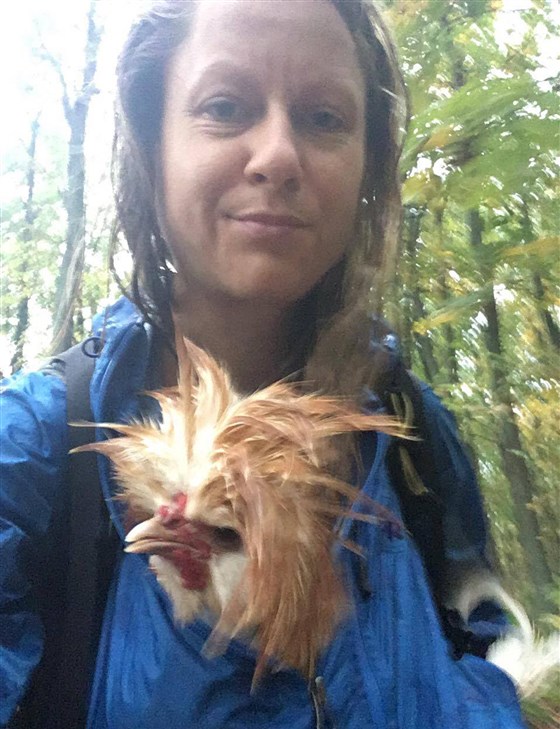 “He hardly ever made a peep and was quite content with just sitting in my arms or in my raincoat while we hiked,” Heather said.

The two slept in Heather’s tent. “He settled right down when it got dark and I set up my sleeping bag next to him sleeping peacefully. It was really funny to think that I would be waking up my rooster, instead of the other way around,” she said.

Heather and Eddie met some fellow hikers, who had their photo taken with Eddie. 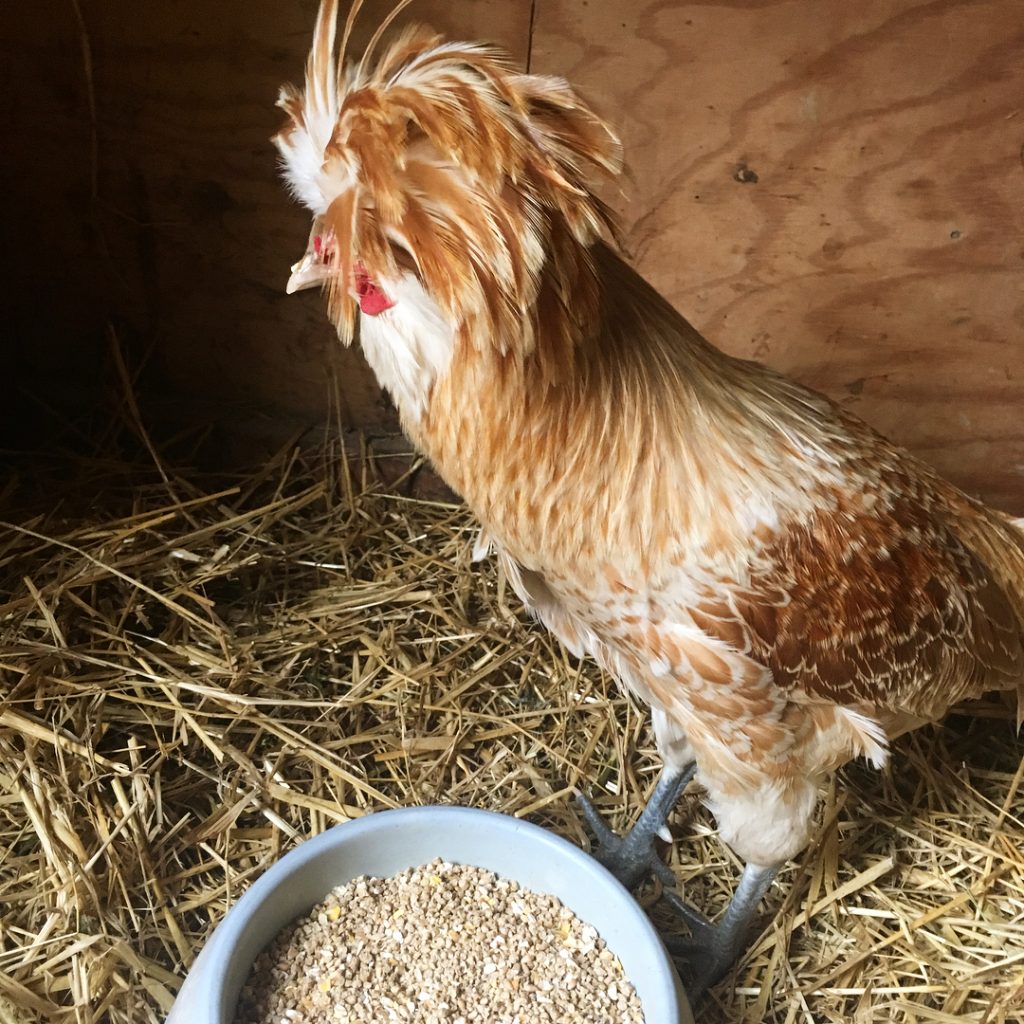 After traveling through three different states, they eventually reached the Appalachian Trail Conservancy headquarters in West Virginia, where Eddie was transferred to a forever home at Poplar Spring, a farm animal sanctuary.

Heather kept one of his feathers that fell out as a souvenir.

She expressed that Eddie had been a great hiking companion, and that he made her ponder on her commitment to caring for creatures that are only looked at in terms of food and not as sentient beings.

“This little guy was the sweetest rooster, and totally stole my heart,” she added.

Check out Eddie in the video below:

This super talented Chinese girl can play guzheng like a pro...