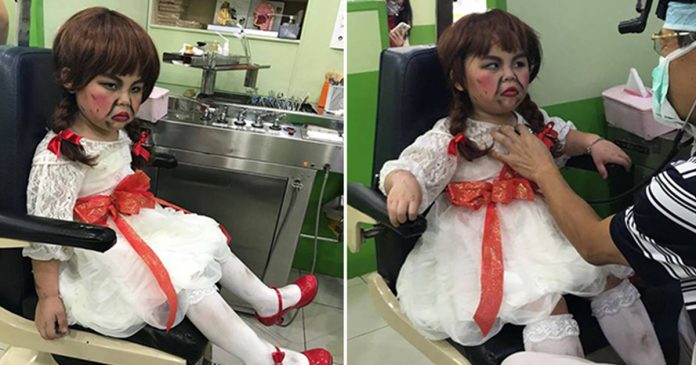 Halloween was over a few weeks ago but there are still lots of photos being posted on Facebook and we came across a post about a mother who dressed her son up as ‘Annabelle’ and before she had the chance to remove his makeup, they had to rush to the dentist. 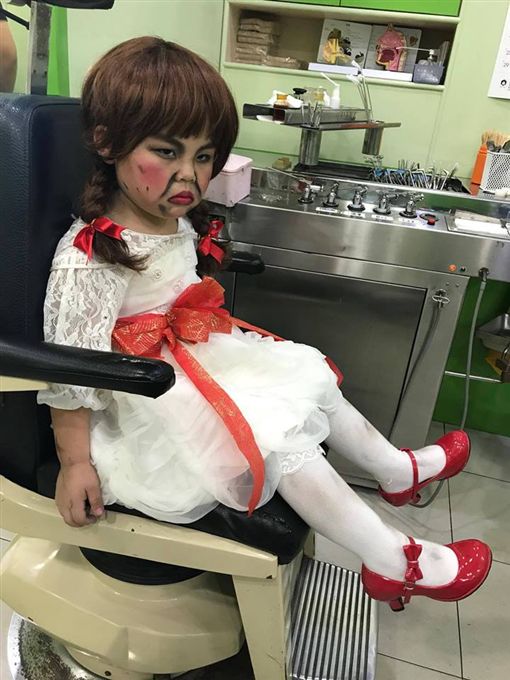 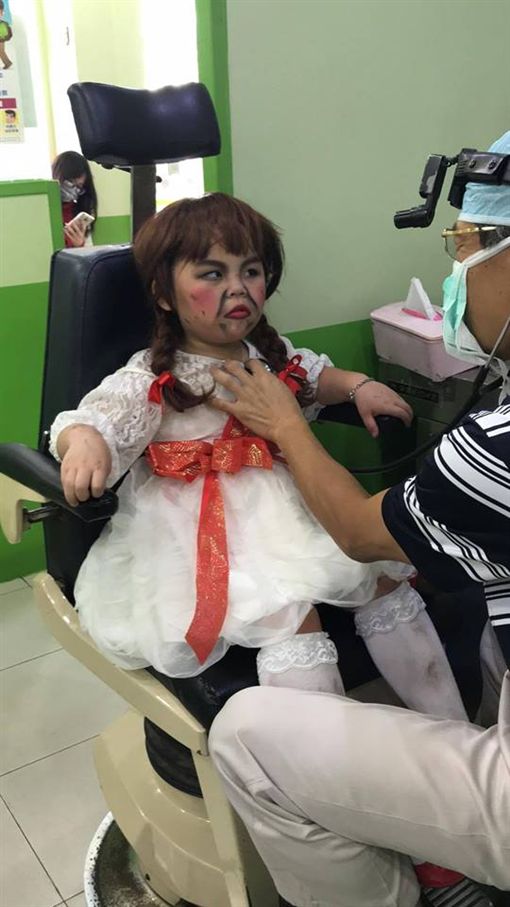 So, she tried to convince him a few weeks before Halloween and he finally agreed. They had a great time at the Halloween party and nearly forgot about their appointment with the dentist.

As soon as his mom realised that they had an appointment with the dentist, they quickly rushed to the clinic and the boy was sad that he had to wear his costume to the dentist. The dentist and nurses at the clinic could not contain their amusement and burst into laughter. The only one who was not laughing was the boy as he sulked all the way home from the clinic. 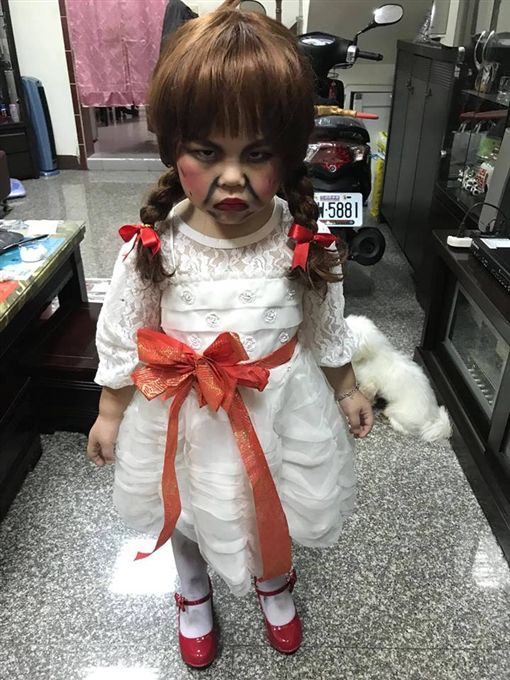 After netizens saw the pictures they all roared with laughter. They also made some funny comments about this:

“Brother Annabelle: Doctor, if you dare to give me a jab I will put up a fight.”

“Wow a set of resentful eyes”

“The dentist must be very afraid of this patient”

“The legendary eyes of death”

The boy has certainly pulled off a great Halloween costume, don’t you think so? Please share with your friends if you like this story.

A Golfer’s Unusual Encounter with a Horde of Kangaroos that Interrupted...