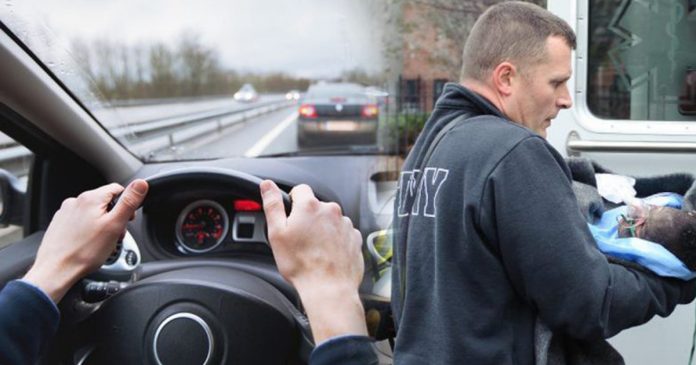 In a remote town in East London, South Africa, there lived a couple named George and Helen.

George worked at a farm which is located in the north of the town. 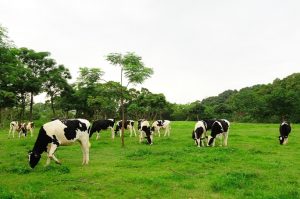 He would usually go out early and return home late in the evening while his wife, Helen, who was pregnant stayed at home.

One fateful day, as usual, George drove his jeep to work. The farm is 50 kilometres away from his home and he has to drive through a long stretch of windy, rugged mountainous terrain.

This section of the rugged terrain is an isolated area and there are no villages nearby.

While George was manoeuvring slowly through the rugged terrain trying to reach the farm, suddenly his phone rang. 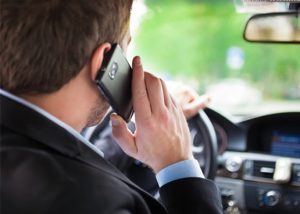 His house is located in the rural area with no neighbours around. The closest hospital is located in town which is around 30 kilometres away, what could he do now?

He remembered during their visit to the hospital for a checkup. The doctor told them that their child would most likely be born prematurely. Never did he thought that his baby would be born a month earlier than the due date. Seems like the doctor’s prediction came true!

George knew that if both mother and child are not sent to hospital in time, they would face serious complications that would risk their lives! 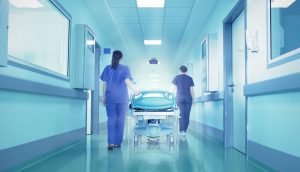 “My love, don’t worry, I am on my way home now!” Time was very precious for George as his wife’s life was in his hand. She needed him to return to home as soon as possible. He quickly put his phone down, made a U turn and drive his way back.

Suddenly, someone came running from behind, shouting for George to stop and ran to the front of his jeep to prevent him from driving off.

The person who blocked his jeep was a middle aged man. He was pleading to George, “Sir please save my son!”

His name was Anthony.

He said that he had taken his family out to the rural areas for a drive.

But luck wasn’t on his side. Suddenly, his brakes broke down and he lost control of his car.

Seconds later, it plunged off a cliff! 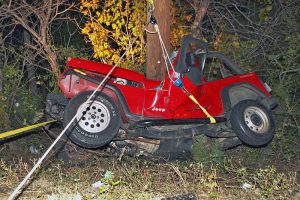 Both Anthony and his wife only suffered slight bruises. However, Anthony’s 9 year-old son did not get lucky. He was thrown off the car as he did not wear his safety seat belt and now the boy went missing. They did not know if he was still alive!

George knew from there to town is around 20 kilometres away. If he were to get his wife to hospital and then return to help Anthony, it might be too late.

George now in a sticky situation. If he were to help Anthony, his wife and baby’s life would be at risk and if he were to save Helen first, Anthony’s son might bleed to death!

George was unable to make a decision. He was torn between saving a stranger’s son and his wife and his unborn child.

Suddenly, Anthony knelt down in front of George.

He was really desperate for his help. 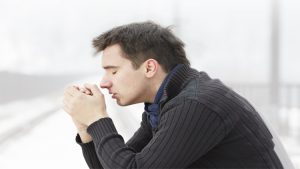 George wanted to tell Anthony that his wife was also in danger but he decided to get off his jeep and rescue Anthony’s son first. He picked Anthony up from his kneeling position and asked, “Where is your son?”

Anthony brought George to a cliff not far from where they were. When they looked down, there was an SUV which has turned upside down and next to it, there was an unconscious boy lying on the ground.

Both of them went down the cliff and what George saw was a boy drenched in blood. His face was pale and there were multiple wounds that were still bleeding on his little body and legs. The boy was losing a lot of blood and George couldn’t bear to look further.

Anthony cried telling him: “I have called for emergency rescue to come but it would be too late by the time the ambulance arrives. My son would not make it to the hospital alive!” 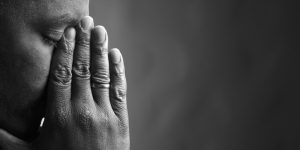 After the accident, Anthony and his wife made a quick decision. Anthony waited for the ambulance while his wife search for help by walking down the mountainous terrain.

After listening to Anthony, George knew that it was a bad decision as the path led only to his house and there are no villages nearby. There was only George and his jeep. “Quick load you son onto my jeep!” George shouted.

George tried to think rationally and he finally made his decision. He would help save Anthony’s injured son first!

Anthony quickly picked his son up and put him into George’s jeep and both of them hurried to the town’s hospital. 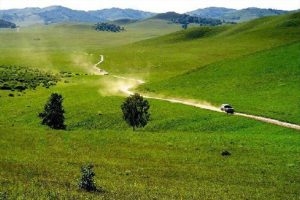 As he drove, he picked up his phone and kept calling his house, hoping Helen would pick up the call.

After a few unanswered calls, George finally able to reach Helen. Helen was screaming in pain and George felt as if his heart was breaking apart. “Where are you?”

George held his tears back and told Helen calmly, “My dear, I’m sorry. Please hang on for a while.”

After 10 minutes, George called home for the second time and this time, Helen’s voice was very weak. George nearly broke into tears upon listening to his wife and whispered continuously on the phone, “My dear please forgive me, I could not leave an innocent life to die, oh god please protect my wife…”

It was a matter between life and death. He had to send him to hospital first for Anthony’s son to survive.

At the hospital, the doctors performed emergency surgery on Anthony’s son. 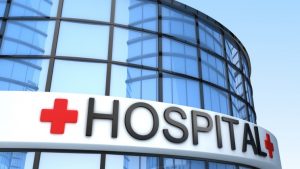 Fortunately, the boy managed to survive.

George felt a huge relief when Anthony’s son was safe. Then, he worried about his wife.

For the third time, he called home again. This time, no one picked up the phone! Tears started to roll down his face for he was afraid for something bad happened to Helen!

George stormed out of the hospital like a mad man. Anthony quickly followed him from behind and both of them got into George’s jeep.

When he was at his front door, he heard cries coming from inside the house.

George quickly stormed into the house and saw…..

His wife Helen covered with blankets, sleeping soundly on the bed.

Beside her was a cute chubby newborn crying and there was a tired looking middle aged lady making soothing sounds to calm the baby. 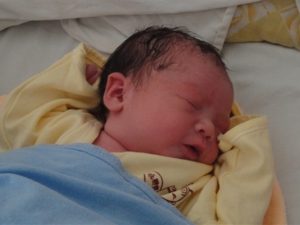 Then Anthony walked in and hugged the lady. He whispered to her, “My dear, our child is safe and we must thank George here for his help.”

Surprisingly, the lady was Anthony’s wife who was searching in the area for help. Anthony introduced his wife, Maria, to George and told the whole story to his wife about how both of them took their son to the hospital.

Maria was a gynaecologist. She followed a path nearby after the accident in search for a car to get their son to the hospital.

When she came across the front door of the house, she heard moaning sounds. She was too familiar with the sound when she is in her shift in hospital. The second she heard the sound, she decided to enter the house to have a look. She found Helen moaning on the floor so she made a quick check on Helen. As a gynaecologist, she could instantly tell that Helen’s baby was in a breech position and the baby is a premature baby. If Helen did not receive professional help from doctors soon, both the baby and her life would be in danger.

“I’m sorry, George.” Maria said in a guilty tone. “I had a hard time making a decision back then whether to save your wife or continue my search for a someone to save my son. But in the end, I did not regret making this decision to save your wife and your child.”

George’s tears started to flow down his cheeks again. He replied, “No, The person who should apologize was me. When Anthony came to me asking for help, I too was unable to make a decision then.”

“But in the end, we did not do anything that go against our conscience.” said Anthony, summing up George’s and Maria’s words.

George looked at Helen who was sleeping soundly in the bed and then looked at his beautiful newborn baby.

His eyes started to well up with tears.