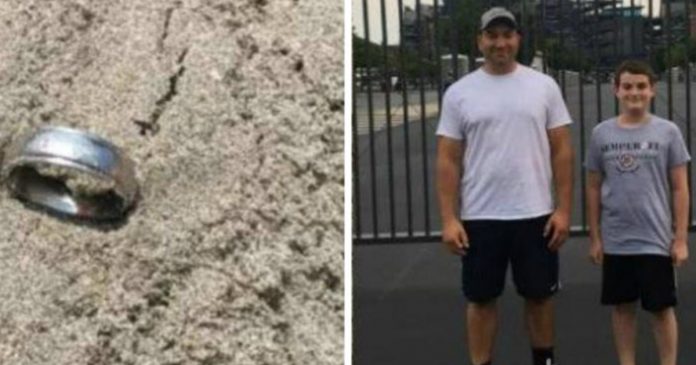 In 2016, Mickey Walsh from Deptford, New Jersey, did something that every husband dreads: he lost his wedding ring.

But he didn’t just lose it in the couch cushions or in the backyard—he lost it in a place where it would be nearly impossible to find.

Last August, Walsh was vacationing with his family on the Jersey Shore. He was having a good time swimming in the ocean waters—until later, when he noticed his ring was no longer on his finger.

“I was playing in the waves and I noticed it was off my hand,” Walsh explained to CBS Philly. “I always take it off when I go into the ocean, for whatever reason I didn’t do it that time.”

Walsh looked for it—but, as anyone who’s lost something in the ocean will tell you, it seemed hopeless.

“I pretty much thought it was a lost cause.” 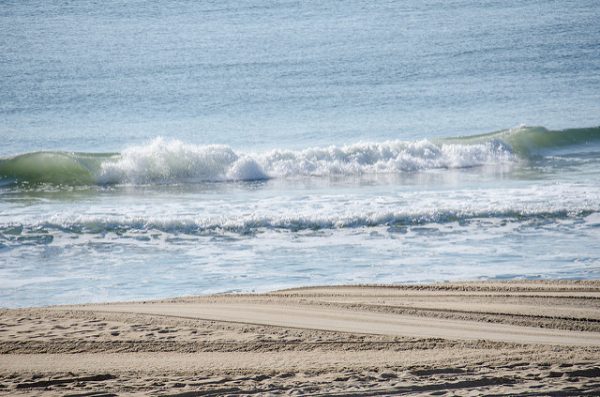 The Walshes returned home from their vacation, upset by the loss of the valuable memento. As months passed without any word of its whereabouts, Mickey assumed it was gone for good.

But then, in August 2017, 11-year-old Daniel Barr was visiting the beach with his mother, about 5.3 miles from where Walsh and his family stayed a year earlier.

While playing on the beach, the kid noticed something shiny in the sand. He picked it up.

It was a wedding ring! 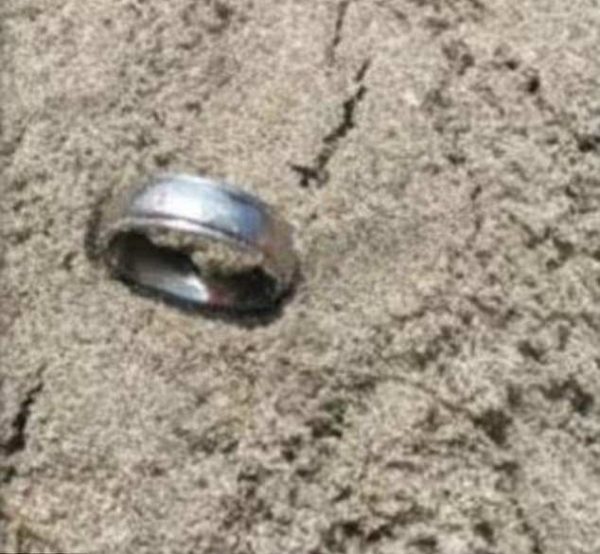 Daniel could’ve kept the ring, but he knew he had to do the right thing and find the owner. He remembered the advice his father had given him.

“If you can correct a wrong or help someone in anyway, [then] that’s what you should always do,” Daniel explained to CBS Philly. “Be the person who does right. No matter how hard it may be. Always do the right thing.”

So, he walked up and down the beach asking people if they lost a ring, but no takers. He had no idea the owner was long gone.

So he showed the ring to his mother, Kristen Barr.

After taking the ring to a jeweler and finding out as much details she could about the ring, she posted a message on Facebook, hoping someone would recognize it.

“My son found this men’s wedding band today 8/17/17. Between 7th & 8th street beach in OCNJ. No inscription inside or outside. Please help us find the owner. Every share helps. Thank you!”

Only a few days later, Walsh got a text he never thought he’d receive.

“I was at work and my wife texted me, ‘Hey I think someone found your ring,’” Walsh told CBS Philly.

He thought it was impossible—but his wife had seen Barr’s post when her friend shared it. She contacted Barr over Facebook.

“She sent me photos and sure enough, they were a match. She even knew the correct ring size and all,” Barr told CBS Philly.

Amazingly, they were reunited with the ring after it was missing for a year. Also remarkable was the timing:

It was almost exactly a year after Walsh lost it, and a few days before his wedding anniversary.

Walsh was thrilled that someone would make the effort to track down the ring’s owner.

“Right away they just seemed like great [people], willing to go through all that trouble,” Walsh said of the Barrs.

But Kristen Barr gives all the credit to her young son.

“I’m extremely proud of my son for going above and beyond to find the owner,” she told CBS Philly.

“It felt really nice to be able to return something that has so much sentimental value to the owner.”

U.S. veteran collapses but he did not give up during marathon...