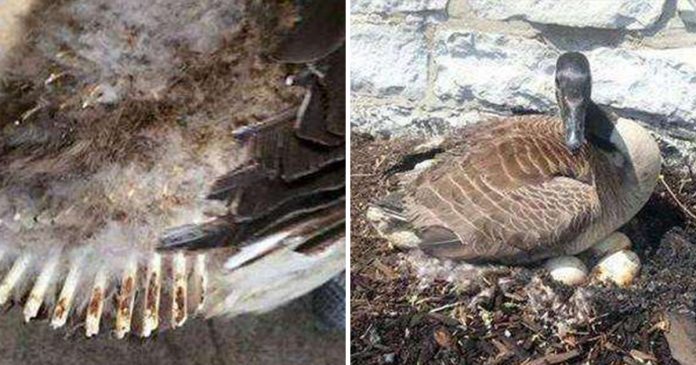 Animal’s ‘sixth sense’ is usually better than humans so they could predict danger in advance and escape to a safer place. Tim White, a wildlife expert from Canada met an unusual situation where he witnessed animal uses it’s sixth sense upon knowing a forthcoming danger. He was helping to extinguish a fire at a building and when he got the fire under control, he found a goose whose feathers got burnt from the fire.

This goose did not run away after seeing Tim White approaching it as it stood firmly and would not leave.

▼After the fire, they found mother goose 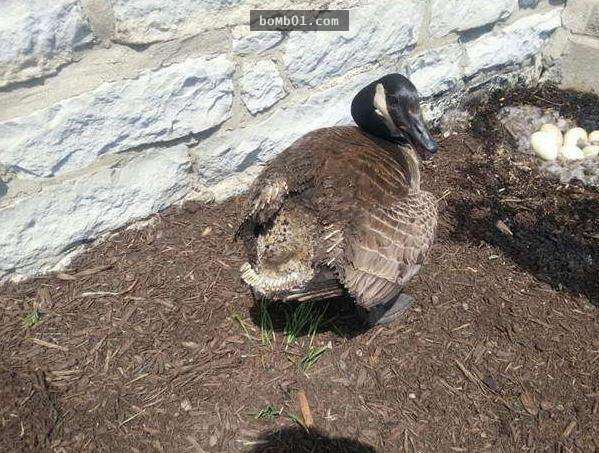 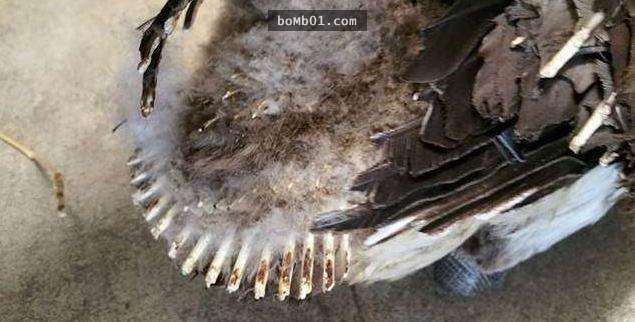 Tim White found the situation to be very peculiar as he knew the nature of animals so he decided to investigate the strange behaviour of this goose. Upon further investigation, he found that mother goose was protecting six eggs and the eggs haven’t hatched yet. Obviously, these eggs were her children. If the fire hadn’t been extinguished, the goose might have burnt to death. It would rather die than to abandon her children.

▼Although mother goose protected the eggs with all her might, unfortunately, the eggs would no longer hatch. 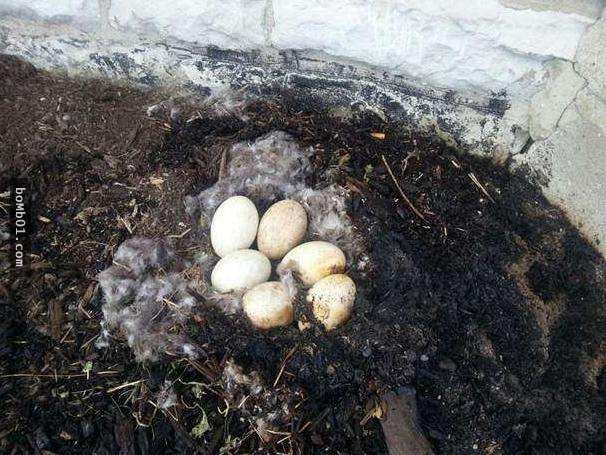 ▼Mother goose would not leave her children’s side 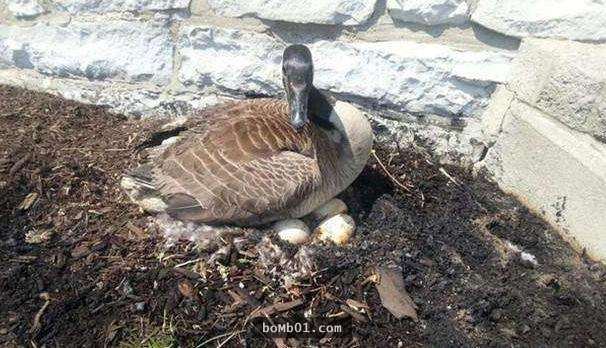 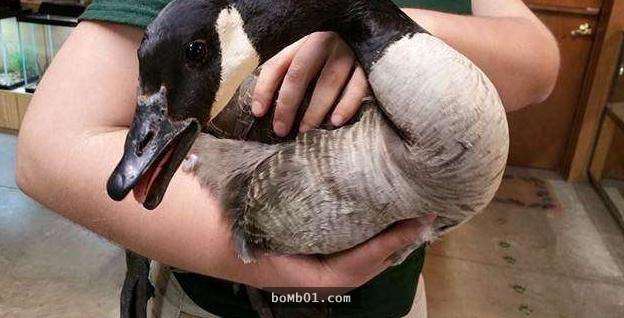 After treatment, mother goose got back her health but her eggs were destroyed by the fire and none of the eggs would hatch at all. After investigating the fire, we found that it was deliberately lit by someone irresponsible. We are unable to identify the perpetrator or what his motive was.

Because of an irresponsible person, the unlucky goose mother and her unborn goslings became the victims. Even though it is only a goose but animals also possess maternal love  and it is very touching to see the mother goose’s sacrifice for her children although she knew it could risk her life to death.

If you like this article, why not share it so everyone could see how brave goose mother protected her children from the fire!

8 shocking illustrations that depict humanity in this era